Wedding portrait of a Jewish couple in Kozowa, Poland. 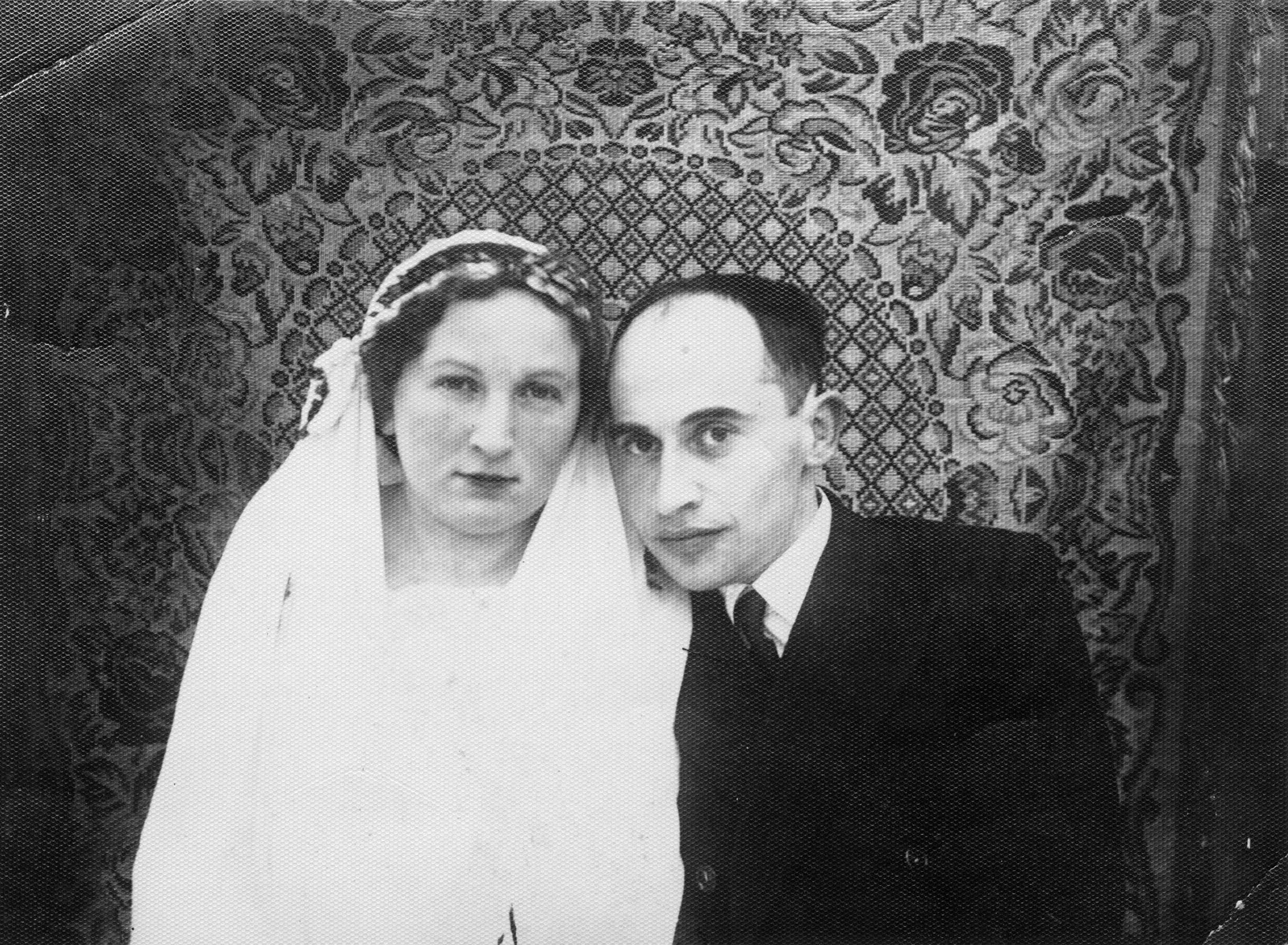 Wedding portrait of a Jewish couple in Kozowa, Poland.

Biography
Aaron Spitzbard married Inka Becher in Kozowa, Poland on January 16, 1938. Because the bride came from a poor family, Aaron's parents objected to the marriage and refused to attend the ceremony. Aaron's parents, Shlomo and Basia Spitzbard, lived on a large property on the outskirts of Kozovo. In addition to Aaron they had two daughters, Chana, who was married and living in Tarnopol, and Tauba, who still lived at home. Soon after the German invasion Chana died with her baby in childbirth. Chana's older child Max then came to live with his grandparents in Kozowa. A short time later Tauba and Max were both shot trying to flee when the SS came to their home during a deportation action. The elder Spitzbards survived the raid in the attic. They were later made to move into the ghetto, where they built themselves a hiding place in the attic. During the next major action Shlomo decided not to join his wife and others in their hideout because he was afraid that his chronic coughing would give them all away. But the SS discovered them anyway, and shot them all in the Jewish cemetery. Aaron and Inka Spitzbard and their two children never moved into the ghetto, but they were discovered and killed just before the liberation in 1944.