Group portrait of Jewish youth from the OSE children's home at Chateau du Chaumont, on an outing. 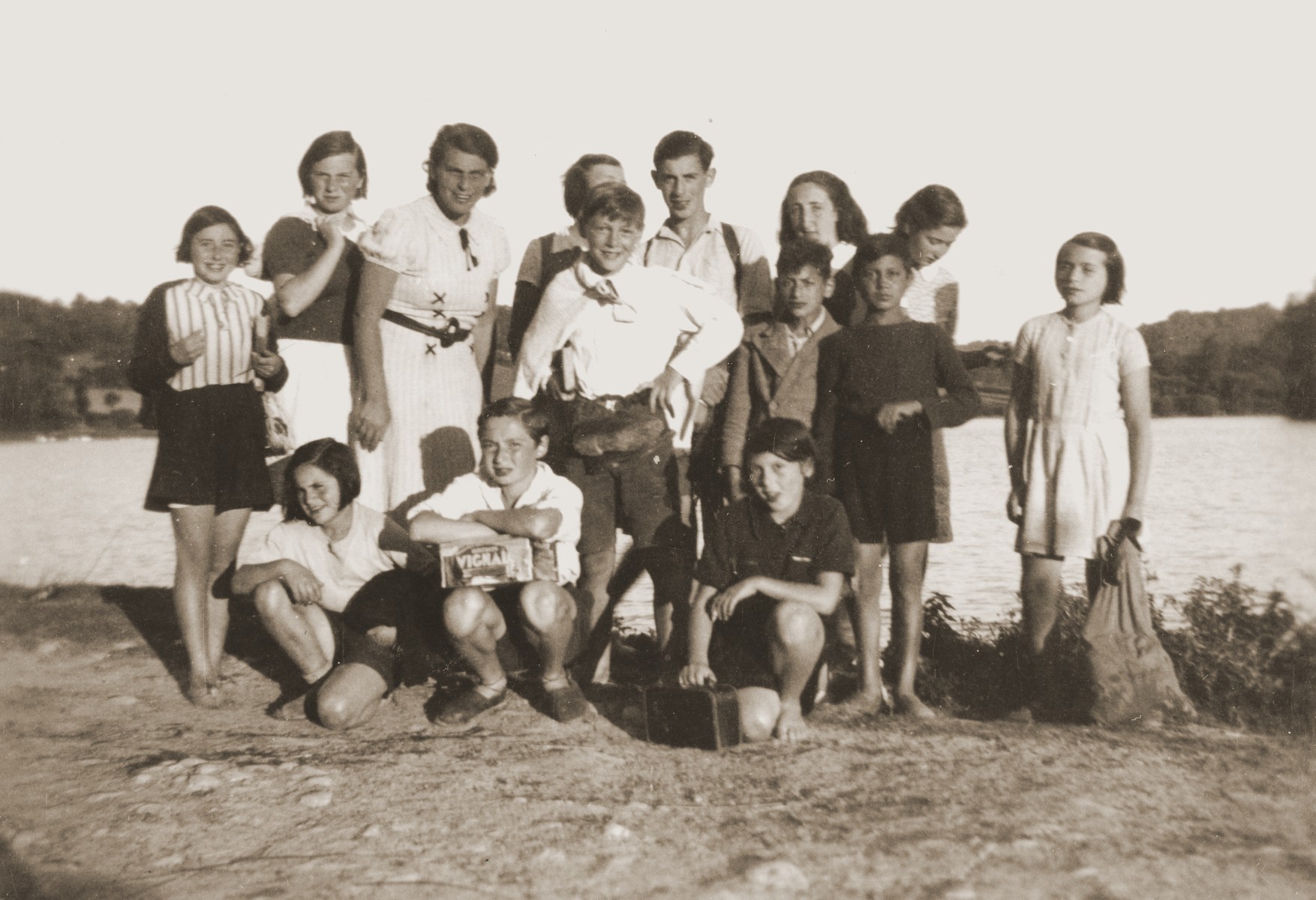 Group portrait of Jewish youth from the OSE children's home at Chateau du Chaumont, on an outing.

Among those pictured is Walter Karliner (back row, second from the left), Kurt Siegfried Hirschhorn (center, fourth from right) and Joseph Polzer, center, with a pair of shoes hanging around his waist.

Kurt Hirschhorn was deported in August 1942.