Portrait of the Felman family in Proszowice, Poland. 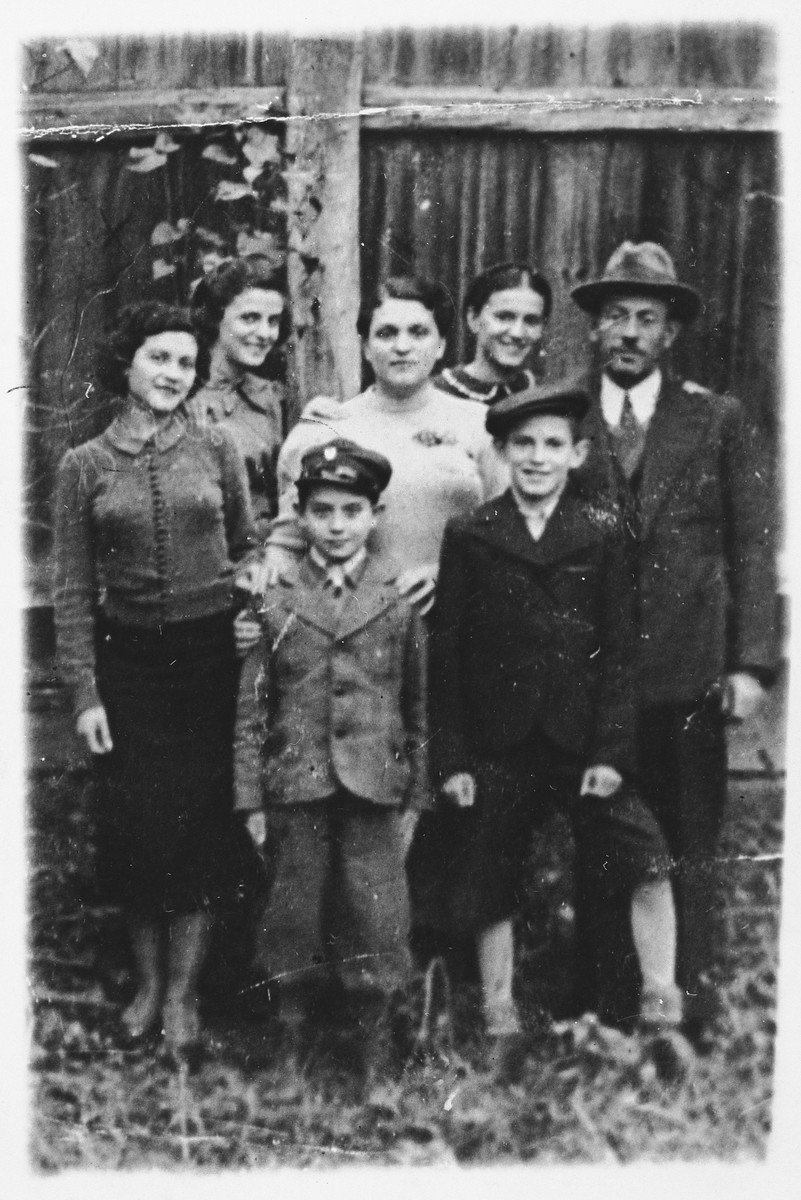 Portrait of the Felman family in Proszowice, Poland.

Among those pictured are Rozia Felman (second from the left), Esther Felman (center) and Israel Felman (right).

Biography
Rozia Felman is the daughter of Esther and Israel Felman of Proszowice, Poland. She had two sisters and two brothers. During the war Rozia was sent to forced labor camps in Bierzanow, Skarzysko Kamienna, and Czestochowa. Her mother was killed in Bierzanow in November 1942, but her father, brother (Chaim), and sister (Helen) also survived and immigrated to the U.S. after the war. Rozia married Ignacy Spinner, a survivor from Krakow.