A letter addressed to Gejza Elbert from the Ministry of the Interior ordering him to employ a member of the Hlinka Guard who would immediately assume complete control over his business. 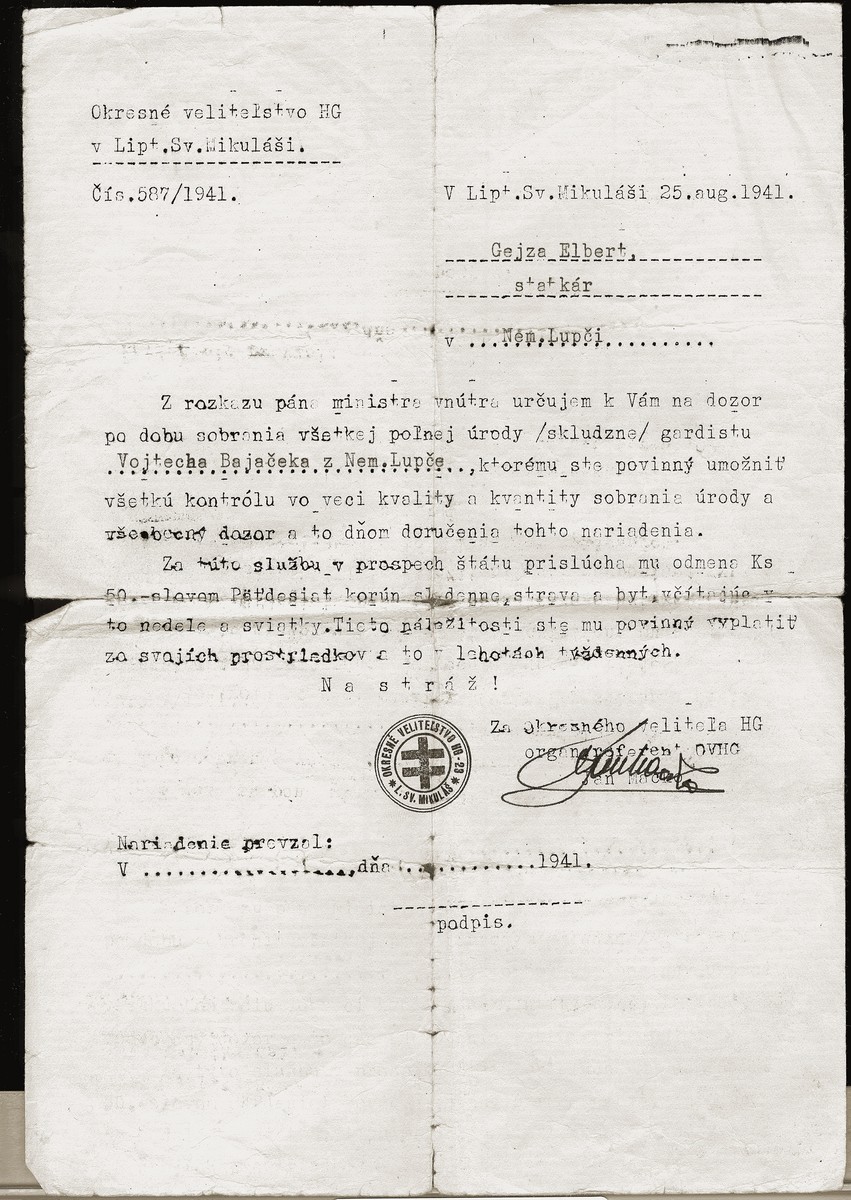 A letter addressed to Gejza Elbert from the Ministry of the Interior ordering him to employ a member of the Hlinka Guard who would immediately assume complete control over his business.

The text of the document instructs Elbert to provide room and board and to pay this Nazi party member 50 Slovak crowns per day.