Jews captured during the Warsaw ghetto uprising are marched to the Umschlagplatz for deportation. 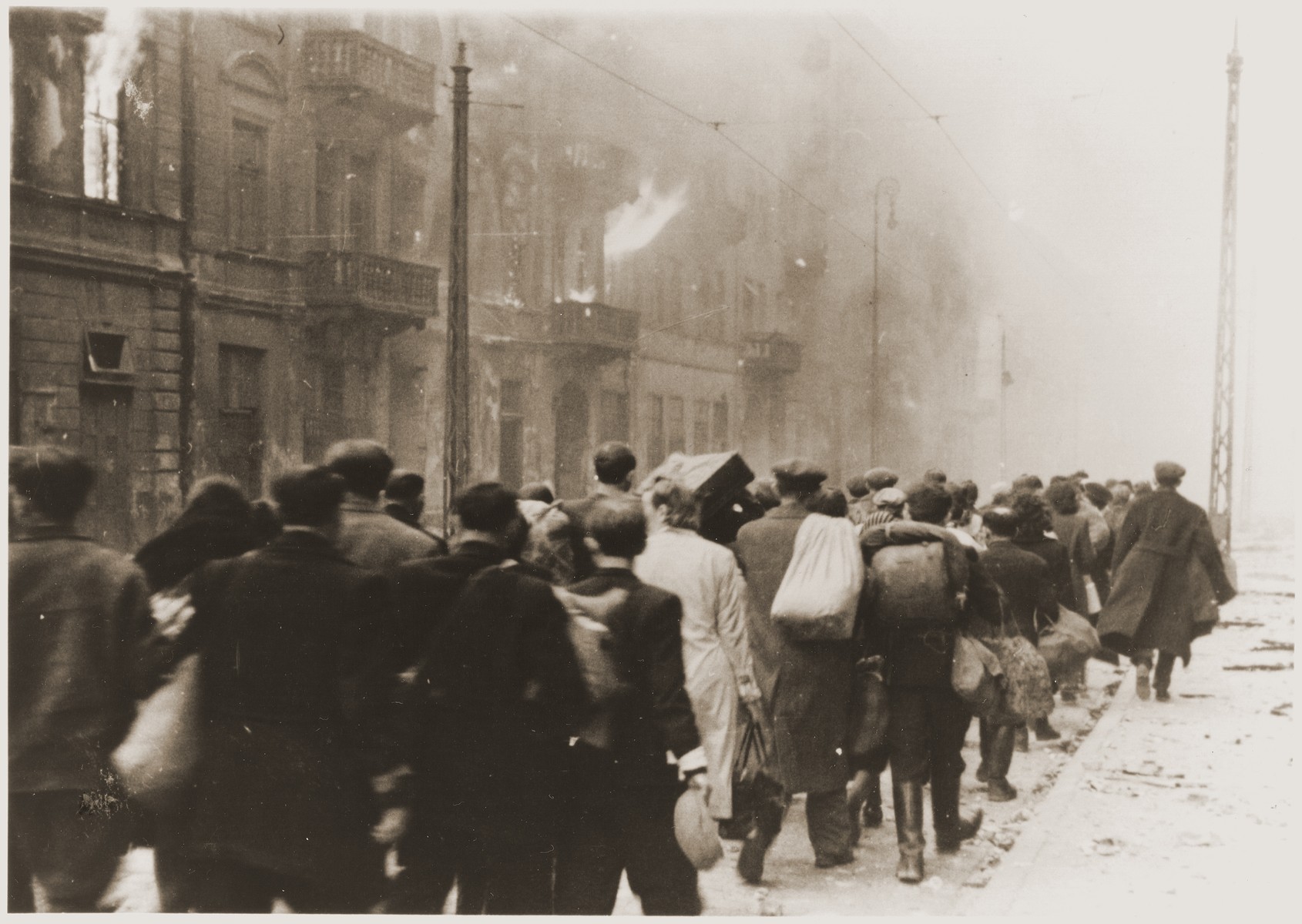 Jews captured during the Warsaw ghetto uprising are marched to the Umschlagplatz for deportation.

The original German caption reads: "To the Umschlagplatz."