A group of young Jewish men and women pose outside on a street in Luxembourg. 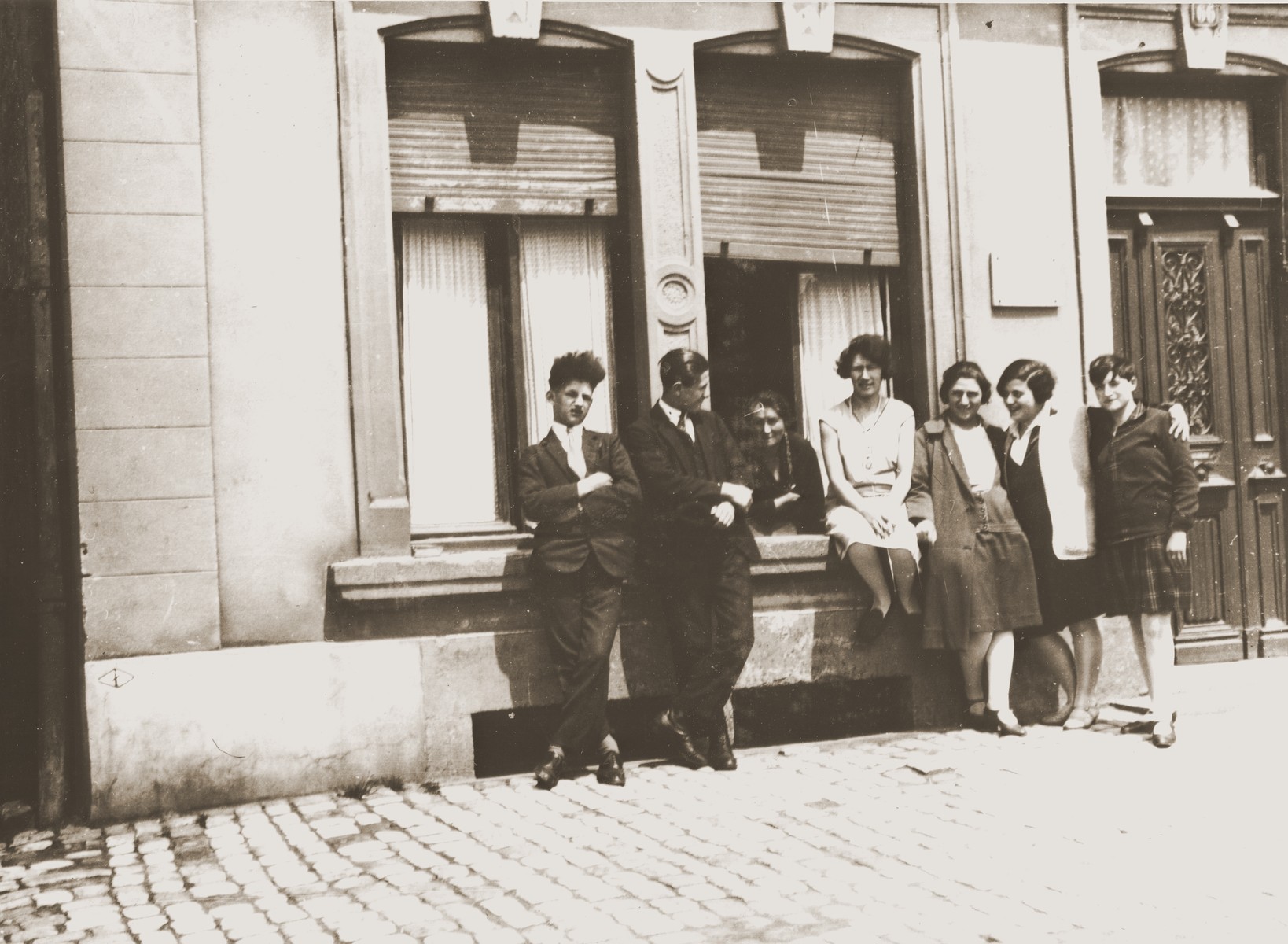 A group of young Jewish men and women pose outside on a street in Luxembourg.

Among those pictured are Charlotte Michel and Margo, Gerthe, Charles, Milla and Jose Hayum. The Hayums were cousins of Jakob Michel.