Members of the Tracz family pose at the grave of Izak Tracz, who died on January 23, 1944 in Gorky. 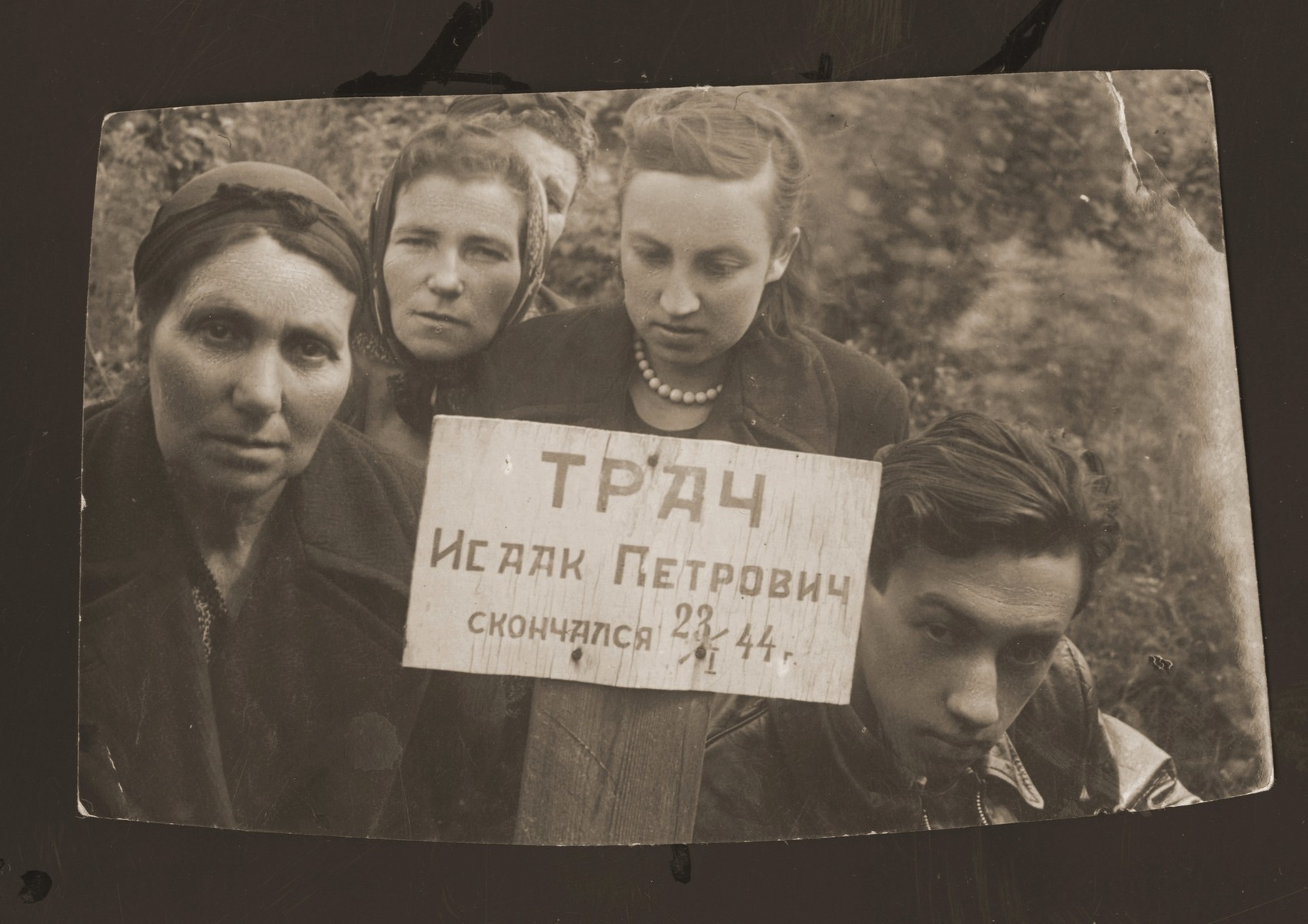 Members of the Tracz family pose at the grave of Izak Tracz, who died on January 23, 1944 in Gorky.

Estera (Ajzen) Lewin took this photograph on the eve of the family's return to Poland.