Jewish DP youth who were members of the Buchenwald children's transport dance the hora at the OSE (Oeuvre de Secours aux Enfants) children's home in Ecouis. 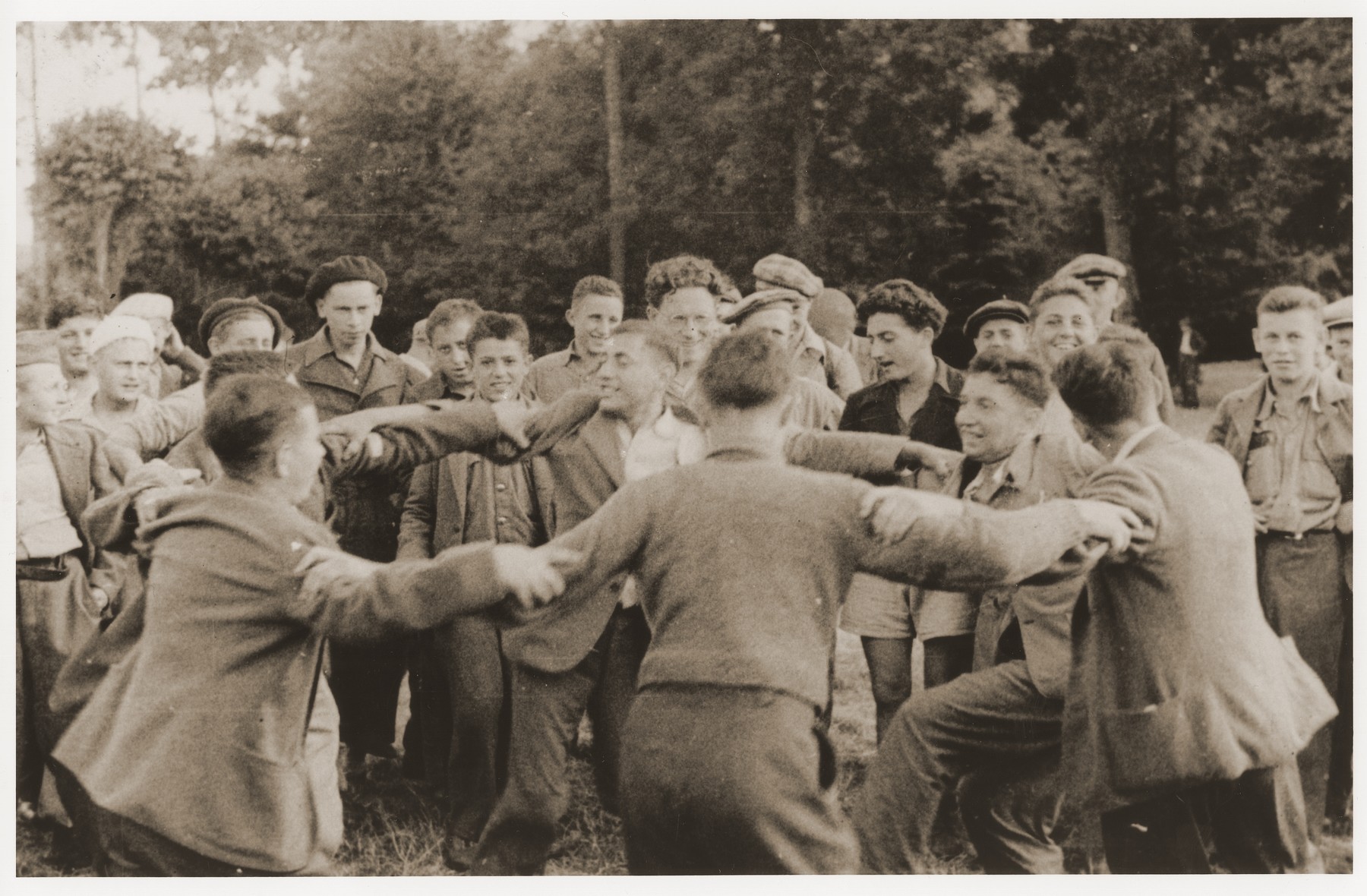 Jewish DP youth who were members of the Buchenwald children's transport dance the hora at the OSE (Oeuvre de Secours aux Enfants) children's home in Ecouis.

Maier Fruchter is pictured on the right, edge of image.

[Sources: Hemmendinger, Judith and Krell, Robert. "The Children of Buchenwald." Gefen Publishers, 2000; Grobman, Alex. "Rekindling the Flame." Wayne State University Press, 1993; Hazan, Katy, "Chronologie de l'histoire de l'OSE L'action de l'OSE apres la guerre."
Biography
Robert Waisman (born Romek Wajsman) is the son of Rywka (Gil) and Chiel Wajsman. He was born on February 2, 1930 in Skarzysko, Poland, where his father worked as a tailor. Romek had five older siblings, Chaim, Mottel, Moishe, Abram and Lea. The Wajsman family was forced into the local ghetto in the fall of 1941. Romek's older brothers were sent to work in the HASAG factory camp in Skarzysko. Chaim obtained information about the planned liquidation of the Skarzysko ghetto shortly before it was to occur. In the early morning hours of the appointed day, Chaim entered the ghetto and smuggled Romek out in the back of a truck. Chaim managed to obtain a permit for Romek to work with his brothers at the HASAG plant, marking aircraft shells with the factory's initials. With the advance of the Red Army in the summer of 1944, the HASAG camp was closed, and Romek was sent to dig anti-tank ditches in Przedborz. Subsequently, he was transfered to the HASAG camp in Czestochowa. He remained there for several months, before being sent to Buchenwald. Romek was liberated in Buchenwald on April 11, 1945. Shortly afterwards, representatives of the OSE (Oeuvre de Secours aux Enfants) came to the camp and arranged for the transport of 430 Jewish children, Romek among them, to an OSE children's home in Ecouis, France. Romek was transferred from Ecouis to the OSE home at Le Vesinet, near Paris. In 1948 he and twenty other OSE children immigrated to Canada with the help of the Canadian Jewish Congress. Romek and his sister, Lea, were the only members of the family to survive the war.