Jewish DP youth who were members of the Buchenwald children's transport are gathered outside the OSE children's home in Ecouis. 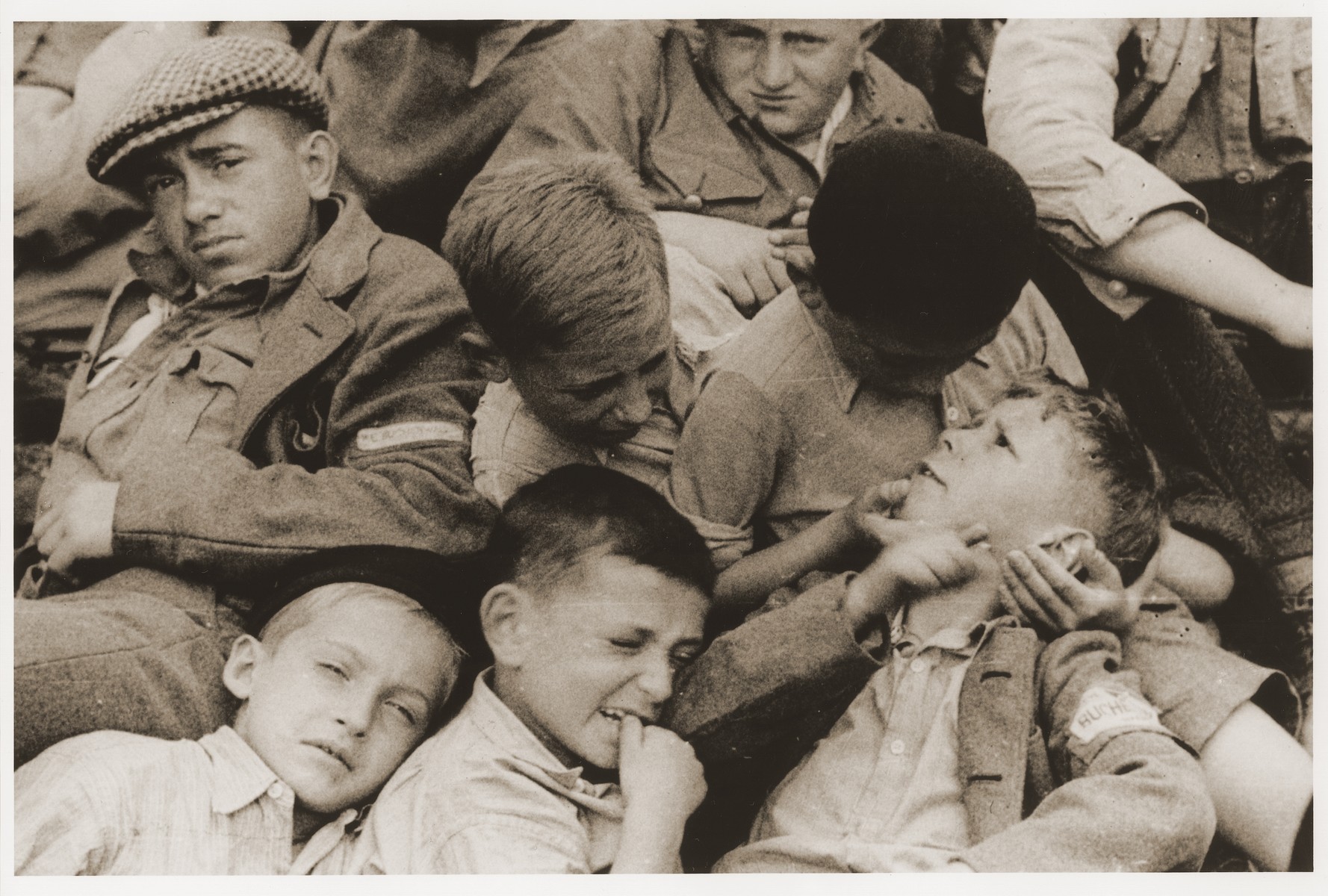 Jewish DP youth who were members of the Buchenwald children's transport are gathered outside the OSE children's home in Ecouis.

Pictured in the front from left to right are Izio Rosenman, David Perelmutter and Yisrael Meir (Lulek) Lau. Also pictured is Shalom Tepper, in the second row, far left.