Representatives of the OSE (Oeuvre de Secours aux Enfants) pose with two members of the Buchenwald children's transport in the town square of Ecouis. 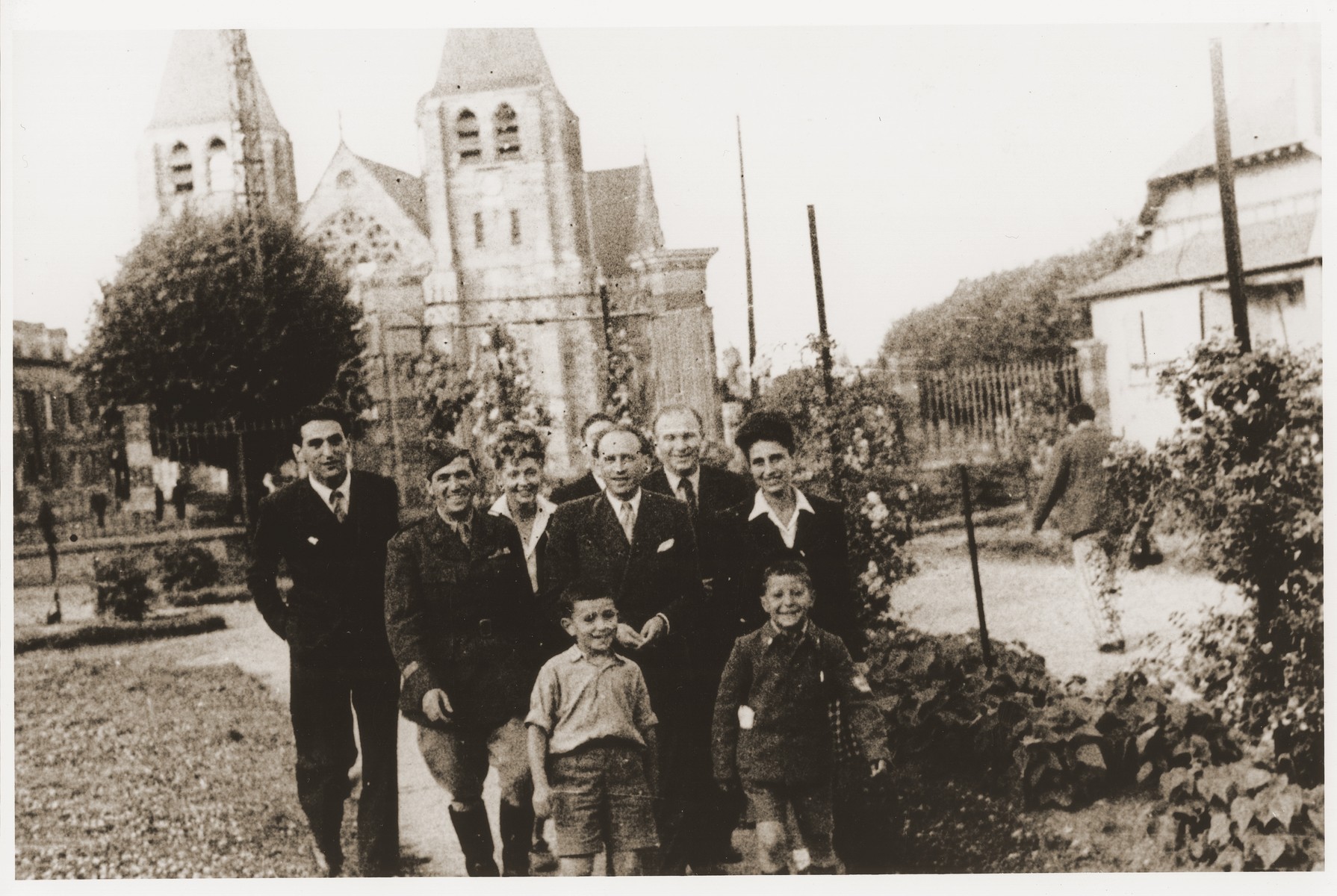 Representatives of the OSE (Oeuvre de Secours aux Enfants) pose with two members of the Buchenwald children's transport in the town square of Ecouis.

Pictured in the front from left to right are David Perelmutter and Yisrael Meir (Lulek) Lau. The man in uniform is Colonel Rozen. Gaby (Nini) Wolff is on the far right.