A colored, pen and ink drawing of the Le Vernet transit camp made on a postcard by Manfred Rosenkranz, a Jewish inmate from Germany. 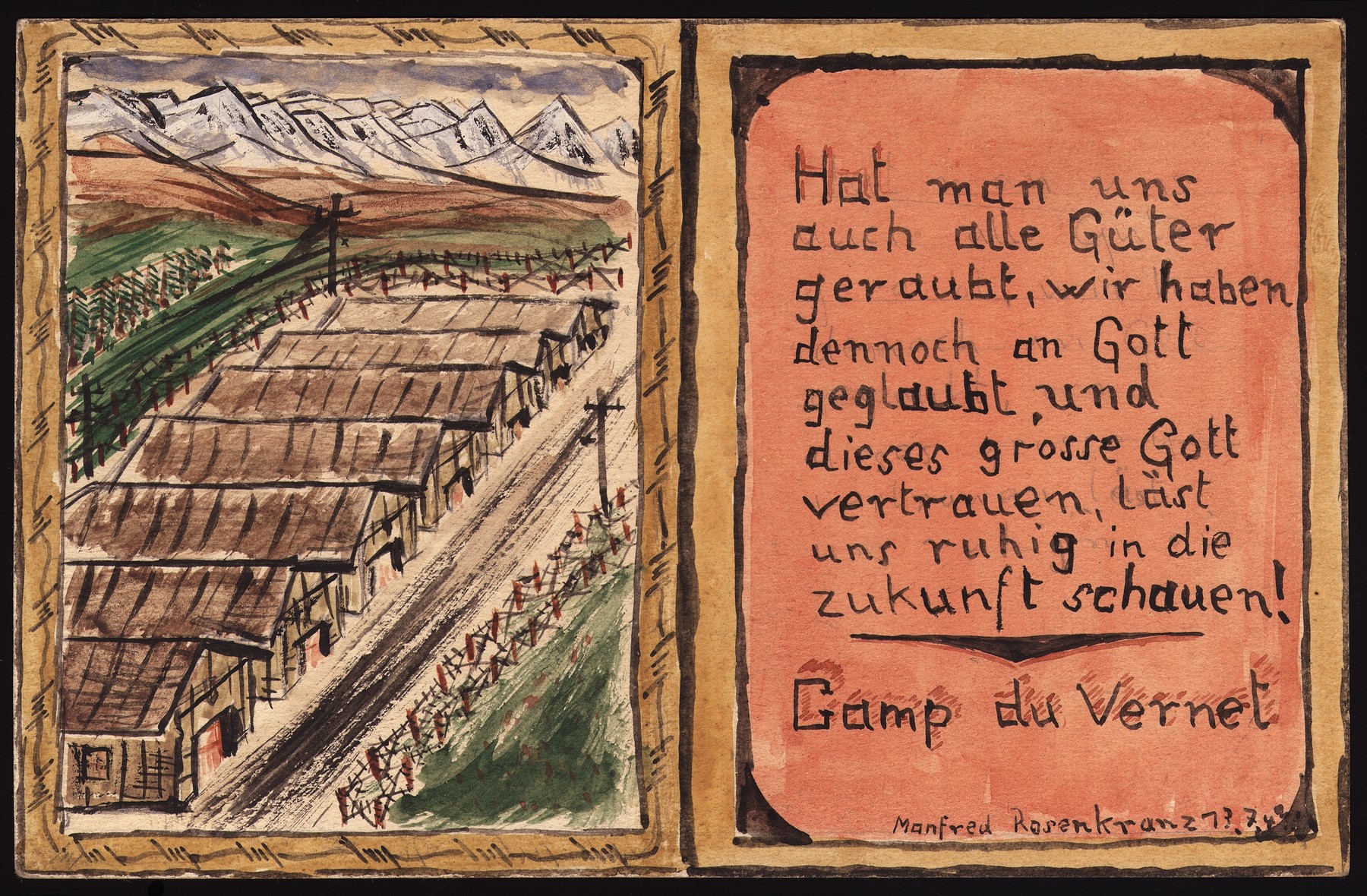 A colored, pen and ink drawing of the Le Vernet transit camp made on a postcard by Manfred Rosenkranz, a Jewish inmate from Germany.

The German text written on the right side of the postcard reads, "We have been robbed of all our possessions, yet we maintain our belief in God and trust that this great God will allow us to look calmly into the future."

The postcard was given by the artist to his fellow prisoner, Chaim Bleiweiss (the donor's father). Rosenkranz is thought to have died in a typhus epidemic in Le Vernet.