Studio portrait of two Jewish girls in the Bedzin ghetto. 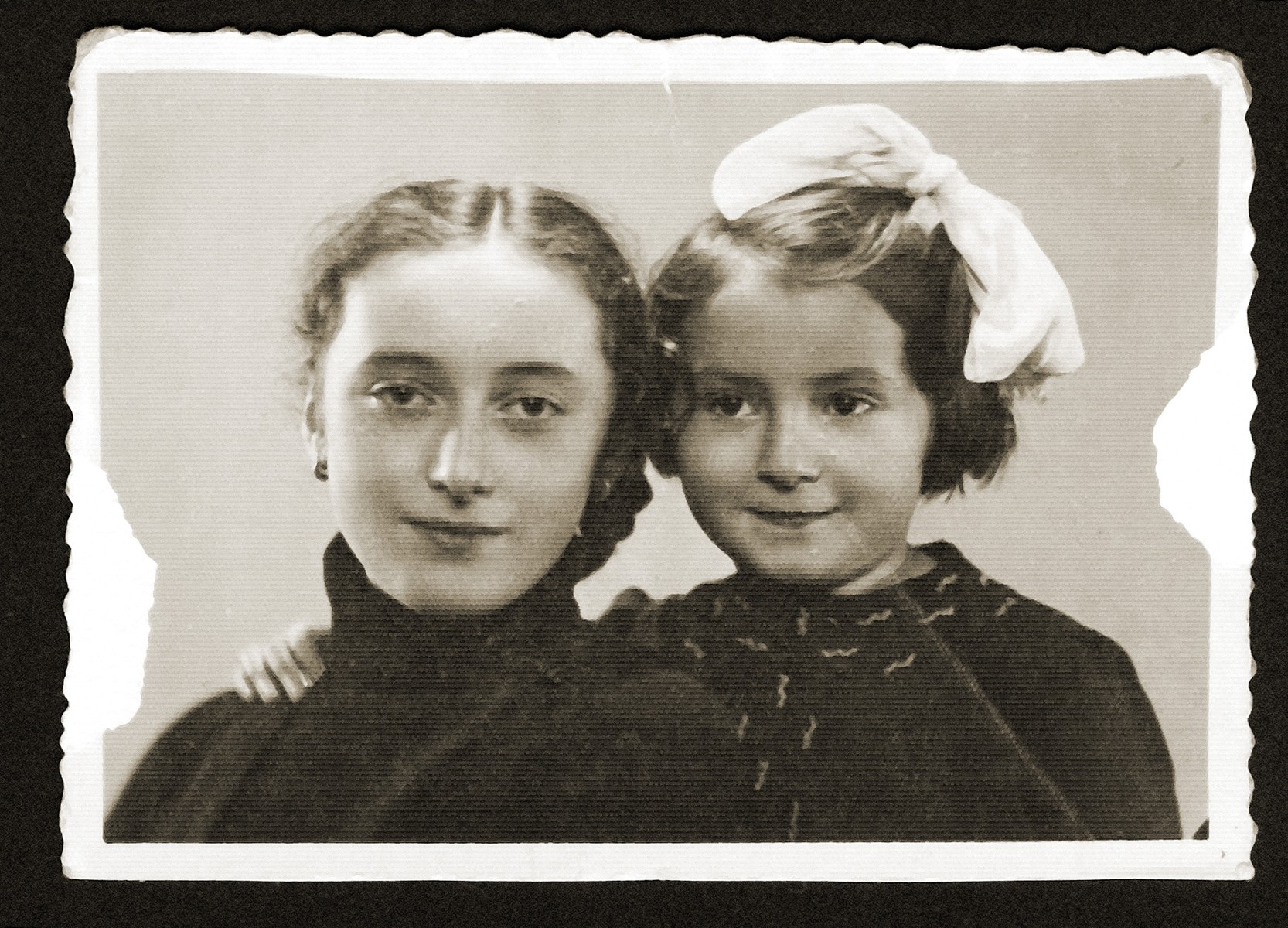 Studio portrait of two Jewish girls in the Bedzin ghetto.

Pictured are Maniusia Gipsman (left) and her cousin, Dina. Both girls perished in Auschwitz. Maniusia was 13 years old at the time of her death.

https://encyclopedia.ushmm.org/content/en/article/german-administration-of-poland. https://encyclopedia.ushmm.org/content/en/article/ghettos-in-poland.
Biography
Natan Gipsman is the son of Izak and Chaja Gitla Gipsman. He was born in January 1925, in Bedzin, Poland, where his parents owned a store. Natan had a younger sister, Maniusia (b.1930). The family lived at 3 Sienkiewicza Street, where they remained during the early years of the German occupation. In 1942, Natan's father was deported to a labor camp in Germany. A year later, Natan was sent to Sackenhoym, a subcamp of the Blechhammer concentration camp. After nearly two years in Sachenhoym, he was transferred to Blechhammer in April 1944. In January 1945, Natan began a long series of transfers from one concentration camp to another that included stays in Gross Rosen, Buchenwald, and Schoenebeck (a satellite camp of Buchenwald). During the evacuation of Schoenebeck, he escaped and went into hiding until his liberation by the Red Army on May 8, 1945. Natan's mother and sister were deported to the Auschwitz death camp, where they perished. His father survived. After the war Natan moved to the Fuerth displaced persons camp, and in January 1946, to a DP camp in Stuttgart. There he met Fela Fiszel, a fellow Jewish survivor from Bedzin. They were married on March 29, 1947 in Munich. Two years later, the Gipsmans immigrated to the U.S. aboard the SS Marine Falcon.