Yehudit Reiches and her boyfriend in the Kovno ghetto shortly before her eighteenth birthday. 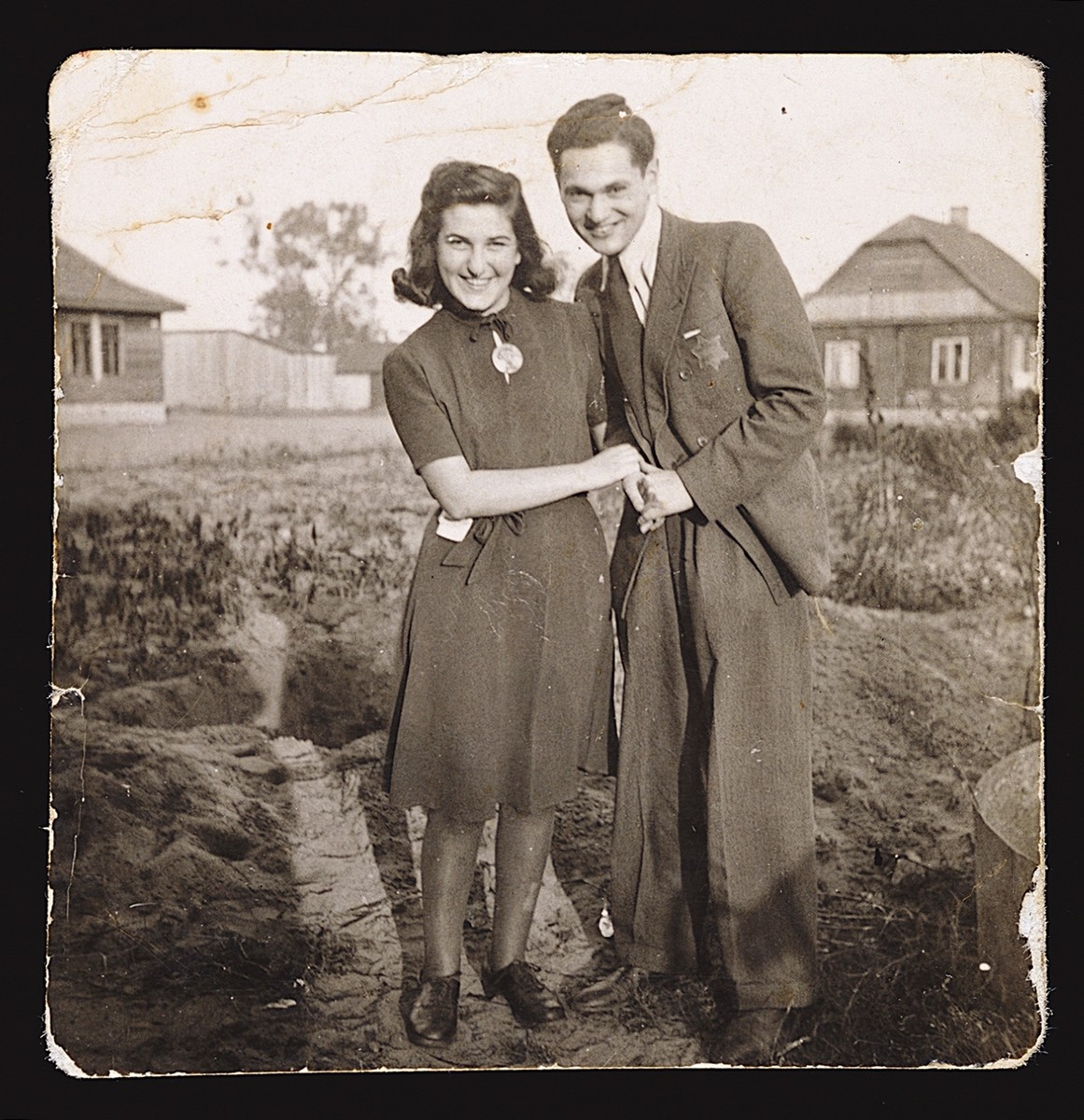 Yehudit Reiches and her boyfriend in the Kovno ghetto shortly before her eighteenth birthday.

Biography
Yehudit Reiches was born in Kaunas on March 18, 1926, to Mordechai and Rachel Reiches. Mordechai worked as an import/exporter, and Rachel was well known as a master dressmaker. Yehudit studied at the Hebrew Re'al Gymansium. In 1940, following the Soviet take-over of Lithuania, the school's official language was changed to Yiddish. Yehudit completed eighth grade when the Germans invaded Kaunas in June 1941. On August 18, three days after the Kovno ghetto was sealed, Mordechai was among the 534 Jews who were rounded-up and murdered during the Intellectuals Action, the first large-scale killing action of the ghetto. Shortly thereafter, Germans began "property actions" and threatened to kill anyone who had valuables on their person. Rachel owned a number of gold coins. She had a dream in which Mordechai said to her "What are you doing with the coins? You can kill us all." Rachel woke up in a fright and began screaming. A neighbor who was passing asked her what was wrong, and Rachel told him of her dream. The neighbor offered to bury her gold with his. Later, once things quieted down in the ghetto, the neighbor returned the gold, and it was later used to save their lives. Rachel worked outside the ghetto in a special workshop set up by Lipczer for the best artisans and craftsmen in the ghetto. Lipczer received the job of organizing these workshops by virtue of his own skills as a master radio repairman. Rachel worked as a dressmaker making fancy dresses for the wives of German officers. Yehudit was among a small group who worked in a toymaking workshop headed by Joseph Schlessinger. She made cloth dolls and painted wooden toys to send to children in Germany. She received this job on a recommendation from Jacob Lifschitz, one of the ghetto's best known artists, who had been her art teacher at the Re'al Gymnasium. In the evenings, Rachel arranged for Yehudit to study French, German and English in the ghetto with a private tutor. Rachel and Yehudit's life changed somewhat following the deportation of 2,700 Jews to Estonia in October 1943. Among those taken was Yehudit's teacher. Yehudit also no longer worked at the toy workshop. For fear of further deportations, Rachel felt it important that she and Yehudit stayed together so they would not become separated. On July 8, 1944, the SS began to liquidate the Kovno ghetto. Rachel used her gold to smuggle Yehudit and herself out of the ghetto through the Christian cemetery. Kopelman, the former head of the Jewish police, had planned an escape to Lithuanian friends in the city, and Rachel arranged to escape with him. From the cemetery the two women went to Kaunas where they stayed for three weeks with a Russian worker named Nadyeshda. Following the Russian capture of Lithuania, Rachel and Yehudit remained in Kaunas for one more year. Yehudit finished high school in a Lithuanian school, and in June 1945 the two fled the country using false Polish papers. They came to Italy and from there left for Palestine on board the Wedgewood. Once in Palestine, they were briefly interned in Athlit before resuming their new lives. On August 18, 1946, right after being freed from Athlit, Yehudit met Binyamin Segal, whom she later married.