Jakob Rawicz (second from the left) sits outside a barracks in a hospital camp in Aix-en-Provence, where he was transferred from the Les Milles transit camp. 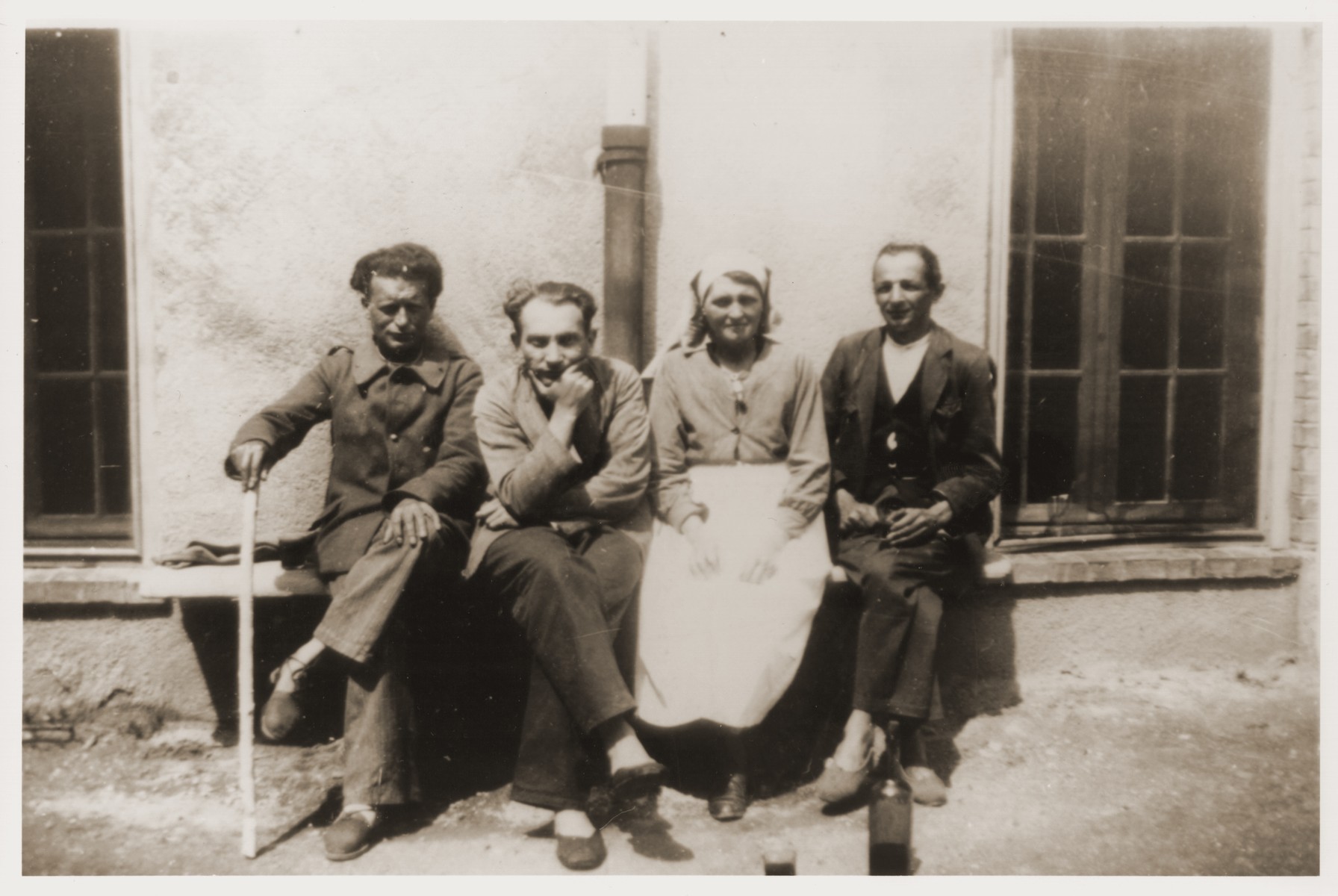 Jakob Rawicz (second from the left) sits outside a barracks in a hospital camp in Aix-en-Provence, where he was transferred from the Les Milles transit camp.

[Sources: Ryan, Donna Frances, Vichy and the Jews: The Example of Marseille, 1939-1944. Georgetown University Ph.D., 1984]
Biography
Hanna Keselman (born Hanna Rawicz), the daughter of Jakob and Gisa Rawicz, was born December 6, 1930 in Fürth, Germany. The Rawicz family left for France soon after the Nazi takeover. They spent four years in Bischheim (Alsace), before moving to Montreuil, a suburb of Paris. In the summer of 1939, Hanna was sent to live in a foster home in Switzerland. She returned to France at the end of the summer and was placed in a series of OSE (Oeuvre de secours aux Enfants) children’s homes. First, she lived for six months at the Villa Helvetia in Montmorency. This was followed by another half-year at Montintin. Finally, in the fall of 1940, she went to the Château de Chabannes, where she remained until May 1943. Hanna's father was arrested in 1940 and sent to Camp de Milles. On August 13, 1942, he jumped train at Maçon while being deported from Marseilles to Drancy. Hanna's mother remained in Montreuil until 1942. During a police raid she escaped through a window and fled to relatives in Lyon. Subsequently, she and her husband were reunited and fled to Nice in the Italian-occupied zone. Hanna met her parents there in May 1943. The Italians moved them to St. Gervais in the Alps, where the family remained until September 1943. After the Italian armistice the Rawicz' escaped to Italy, which then came under German occupation. They made their way to Rome, where Hanna was placed in a convent. In May 1944 Hanna's father was arrested in Rome and sent to the Fossoli concentration camp. From there he was deported to Flossenbürg, where he perished in March 1945. After the liberation of Rome in June 1944, Gisa retrieved Hanna from the convent. The two lived together in Rome until May 1947, when they immigrated to the United States.