German guards oversee the assembly of Jews in Kamenets-Podolsk prior to their transportation to a site outside of the city for execution. 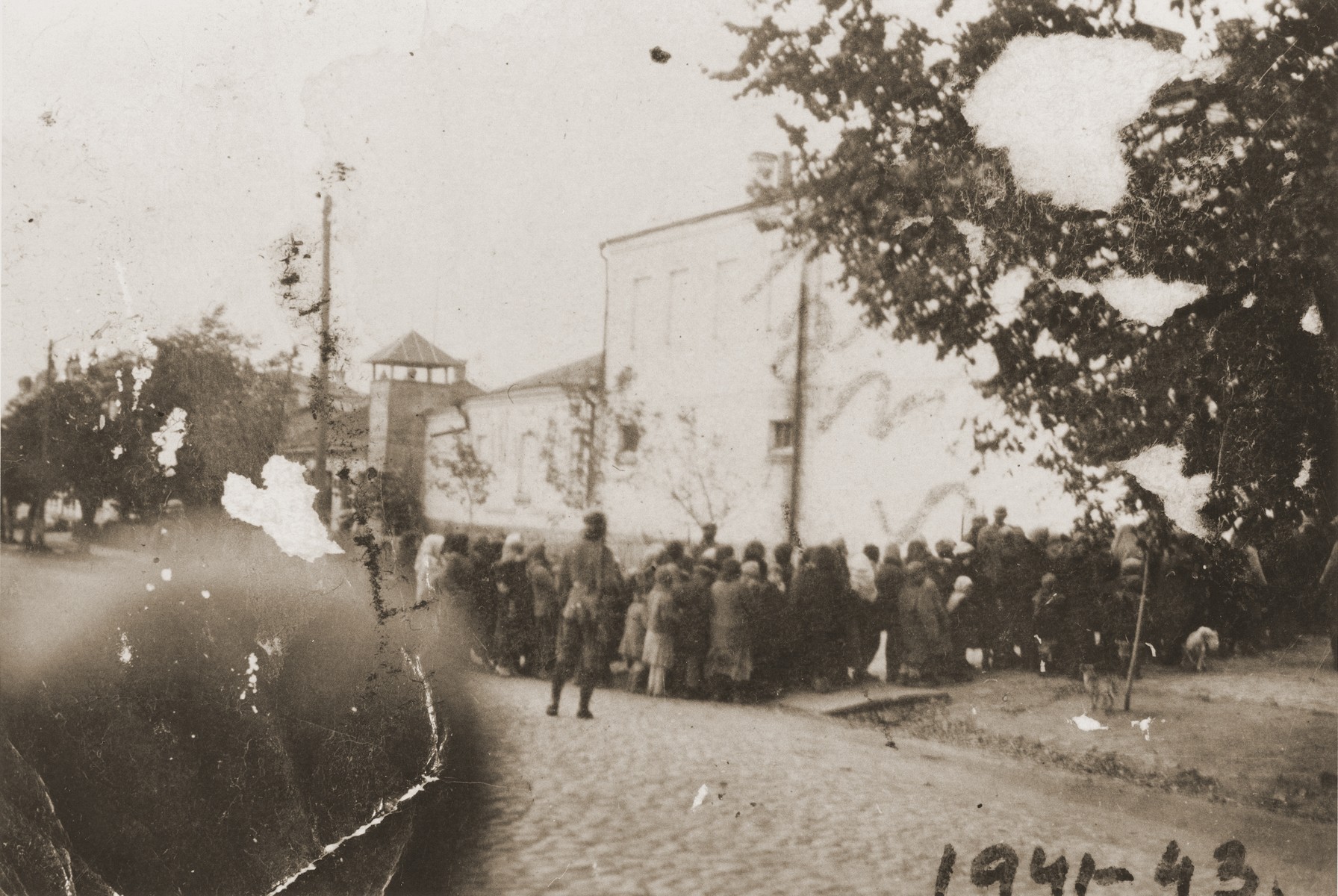 German guards oversee the assembly of Jews in Kamenets-Podolsk prior to their transportation to a site outside of the city for execution.

Event History
In the summer of 1941 thousands of foreign and undocumented Jews living in the eastern Carpathians were targeted for expulsion by the Hungarian National Central Alien Control Office. In July and August approximately 20,000 of these Jews were rounded-up by Hungarian units and deported over the Ukrainian border into the waiting hands of the SS. After being transported to Kolomyia, these Jews were marched in columns to Kamenets-Podolsk. German authorities in the area found themselves unprepared to deal with the influx of Jews. Temporary holding areas for the Jews were established in the vicinity of Kamenets-Podolsk, but these were insufficient and SS and military authorities scrambled for a comprehensive solution. A meeting was therefore convened on 25 August 1941 at the headquarters of General Quartermaster Major Wagner in Vinnitsa during which SS-Obergruppenfuehrer Friedrich Jeckeln, the Higher SS and Police Leader for the Southern Front, promised that the issue would be handled by September 1. Two days after the meeting in Vinnitsa, on August 27, SS units, military police, Ukrainian auxiliaries and Hungarian troops, gathered in Kamenets-Podolsk. They collected the Jewish deportees, along with local Jews, and marched them to a point ten miles outside of the city. There, over a two-day period, the prisoners were machine-gunned into mass graves prepared from shell-craters created during the German invasion of the USSR. In his post-action report, Jeckeln placed the total number of those shot at 23,600, the first five-figure massacre of Jews to take place on the Eastern Front.

https://www.ushmm.org/wlc/en/article.php?ModuleId=10007325.
Biography
Gyula Spitz, a Hungarian Jew from Budapest, was a cab driver in a suburb of the city prior to his conscription into the Hungarian army. For reasons unknown to him, Spitz was not forced into the Hungarian labor service, as were most Jews, but rather assigned to a regular army unit. He served as a driver from 1940 to 1942 and was responsible for transporting valuables, including furs, pianos, and paintings plundered from occupied territory by Hungarian officers. In return, Spitz was allowed to take home some items for his family. During his military service, Spitz was stationed in Kamenets-Podolsk, where he witnessed the mass killing of Jews by SS, Hungarian, and German military personnel on August 27-28, 1941. Spitz was eventually arrested by the Germans, despite his status as an Hungarian soldier, and was sent to Mauthausen where he perished.