Sketch of an unidentified man by Gabriel Sedlis. 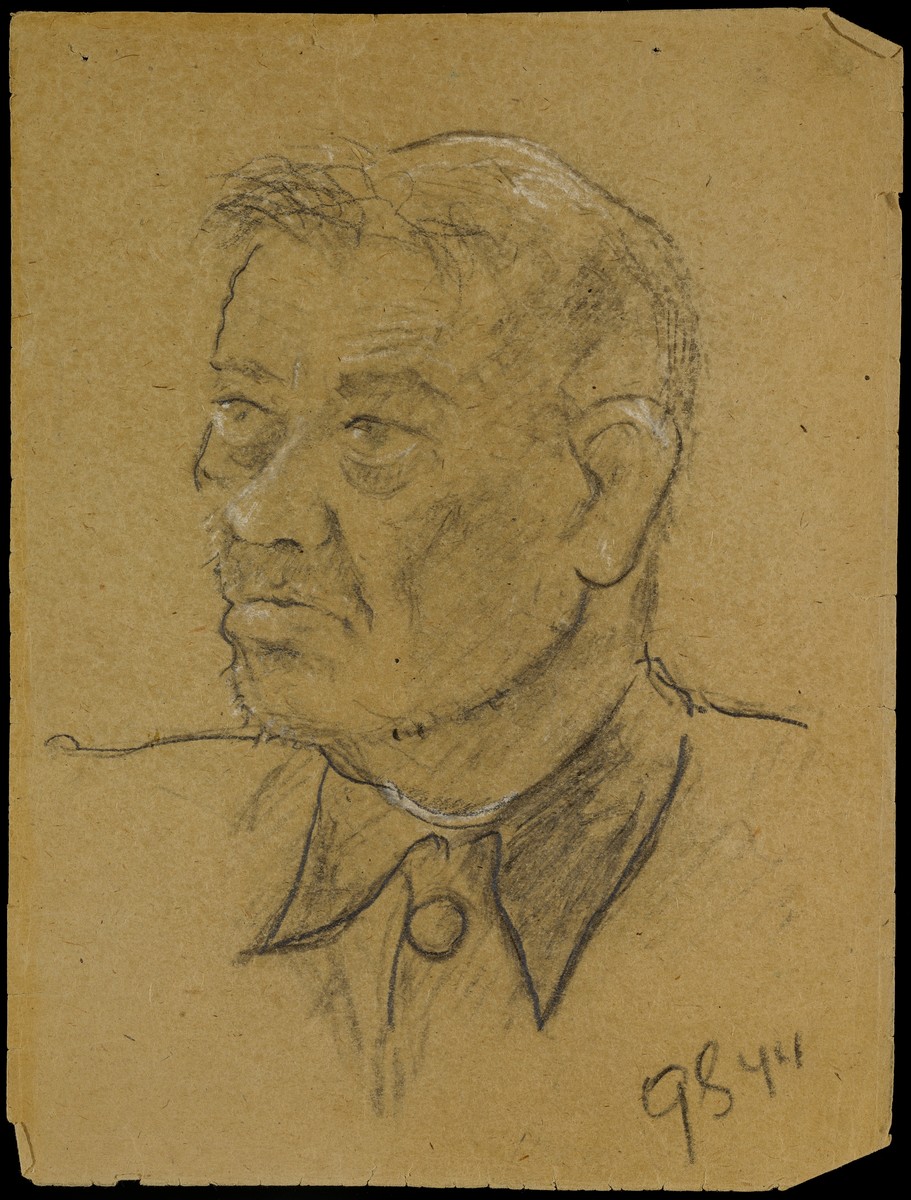 Sketch of an unidentified man by Gabriel Sedlis.

Biography
Gabriel Sedlis is the son of Elias and Anna Sedlis. He was born on January 1, 1924 in Vilna where his father was a physician. He has one brother, Alexander. At first the family was spared the initial horrors of World War II, as Vilna served as the capital of an independent Lithuania. Gabriel attended the Academy of Fine Arts and planned to become a studio artist. During the summer of 1940, the Soviet Union annexed Lithuania and proclaimed it a Soviet republic and on June 24, 1941 Germany occupied Vilnius. They immediately began the systematic slaughter of Vilna's Jewish population, but Gabriel's family remained untouched. In September 1941 they became imprisoned in a new ghetto. Luckily the Jewish hospital was situated within the ghetto boundaries, and the Sedlis family was able to live inside the hospital where Elias served as the chief physician. For a while Germans encouraged cultural activities in ghetto, and in addition to his regular forced labor, Gabriel was able to work as a stage designer for the ghetto theater. He also painted and did graphic work. In 1942 the Jewish underground recruited Gabriel owing to his artistic skills. They needed someone who could manufacture false papers stamps. In September 1943 Gabriel fled the ghetto by way of the sewers and fought with the FPO partisans until his liberation on July 20, 1944. After the war, he continued to work with the Abba Kovner, head of the FPO. This time he helped organize the Bricha, an escape route for Jews out of the Soviet Union. Gabriel's father and brother also survived. His mother, Anna, perished in the Holocaust.