A Jewish pupil poses with two of his teachers at the Israelitische Volkschule Essen. 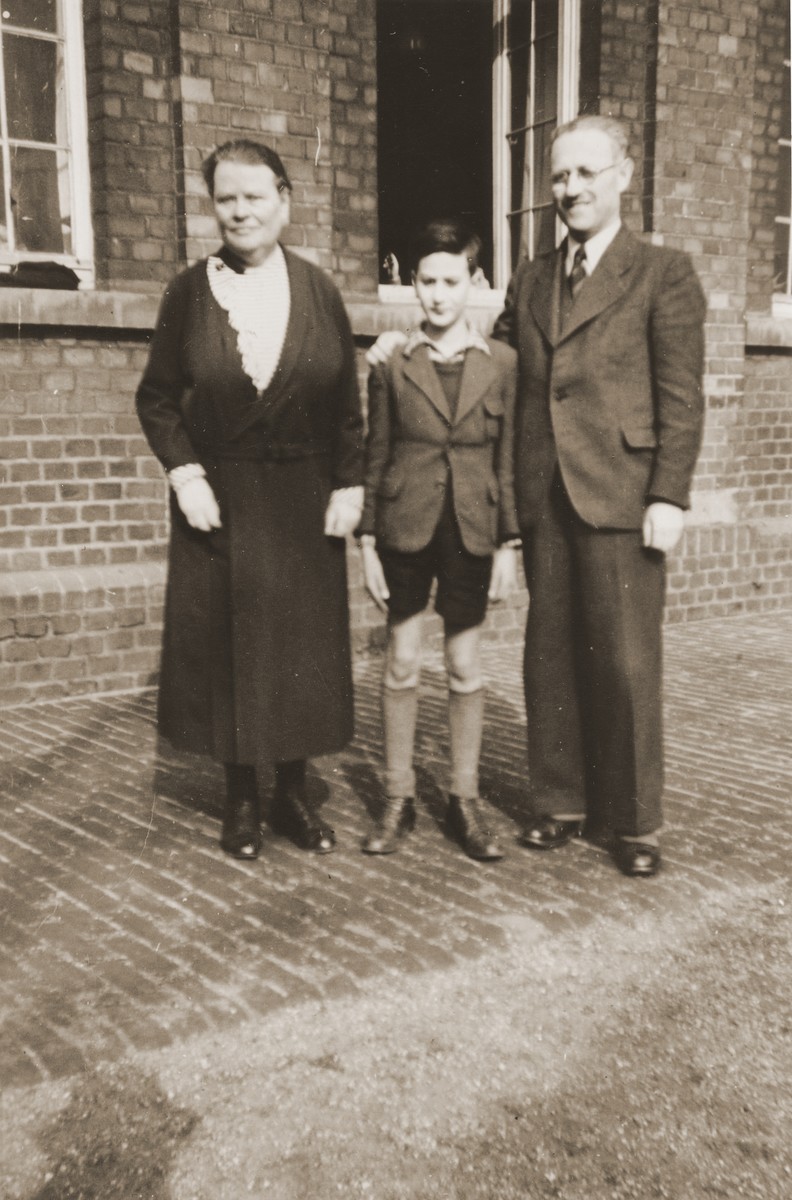 A Jewish pupil poses with two of his teachers at the Israelitische Volkschule Essen.

Pictured are Heinz Straus (the child) with Frau Steinfeld and Fritz Kaiser.