The verso of a postcard sent by Gustav Straus to his wife and son in Essen while he was en route to Dachau, following his arrest on Kristallnacht. 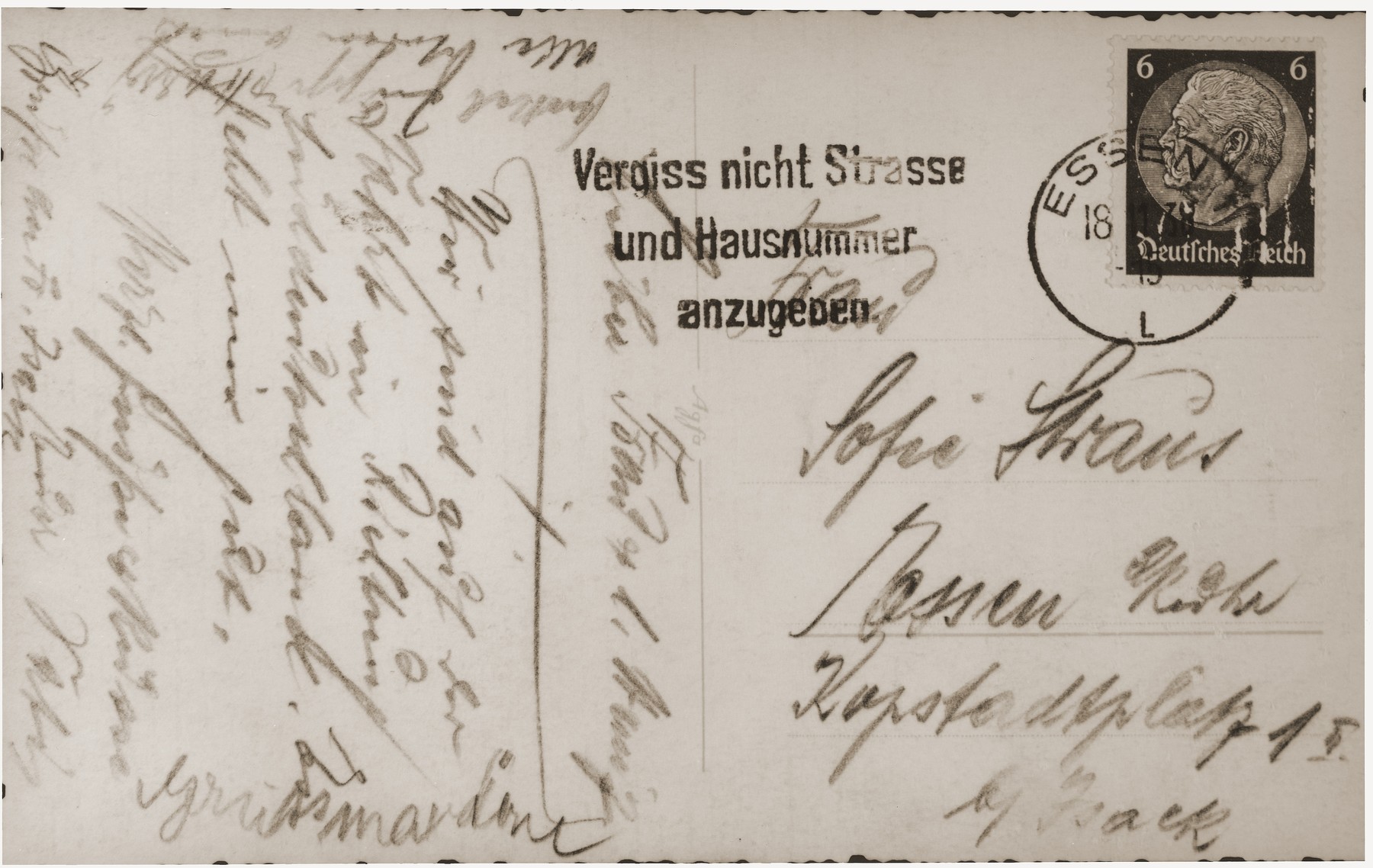 The verso of a postcard sent by Gustav Straus to his wife and son in Essen while he was en route to Dachau, following his arrest on Kristallnacht.

Gustav writes that they are traveling towards southern Germany and he is well.