A Lithuanian Jewish family on vacation at the beach in Palaugin. 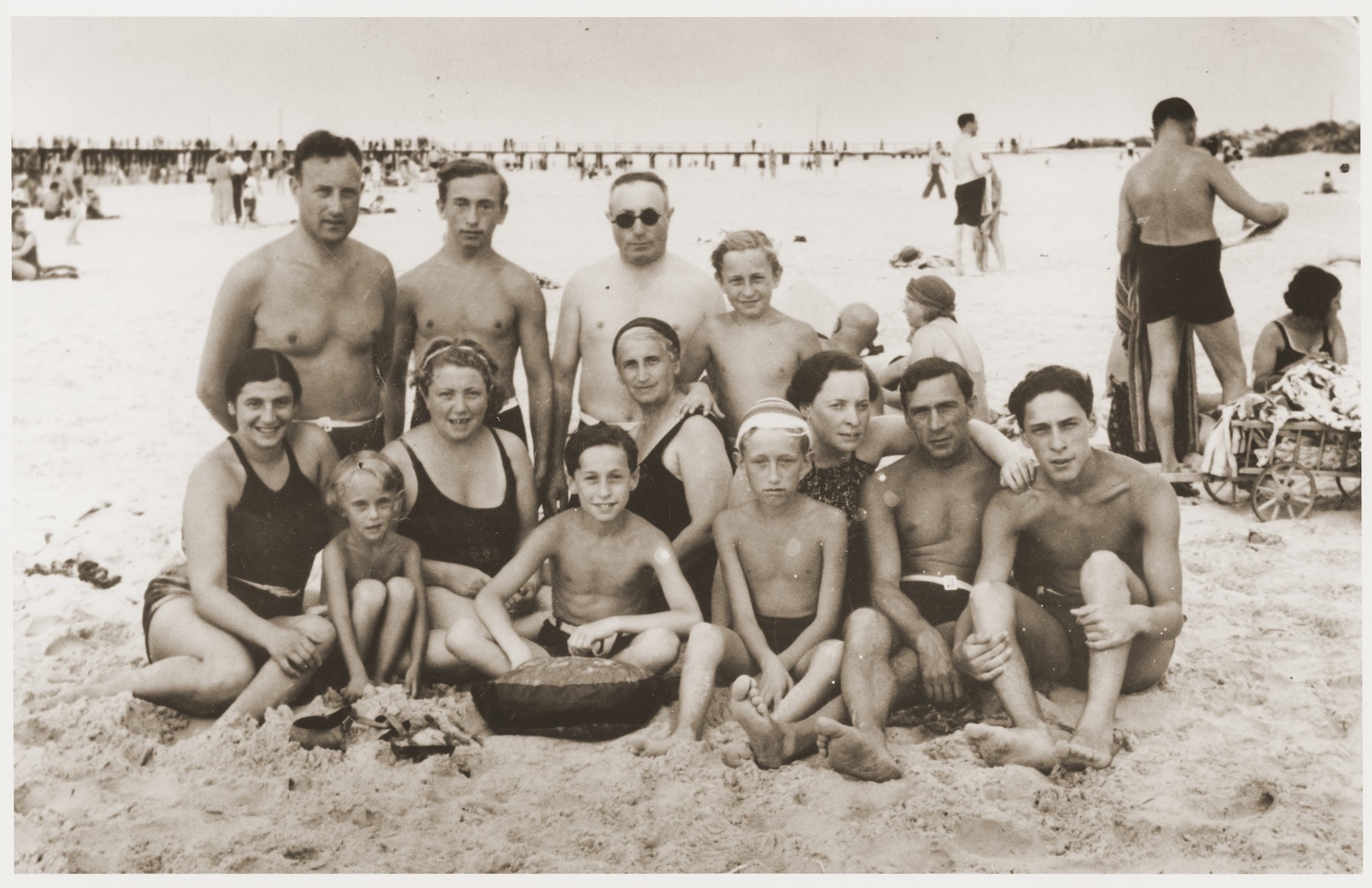 A Lithuanian Jewish family on vacation at the beach in Palaugin.

Pictured in the front row (left to right) are Bella Adler (survived) and Fruma Vitkin (taken out of ghetto and hidden). In the back row are Fruma Vitkin's parents (perished), Pinchos Birger, and his son Zev.