The Dworzecki family poses on the porch of their summer cottage in Molczadz. 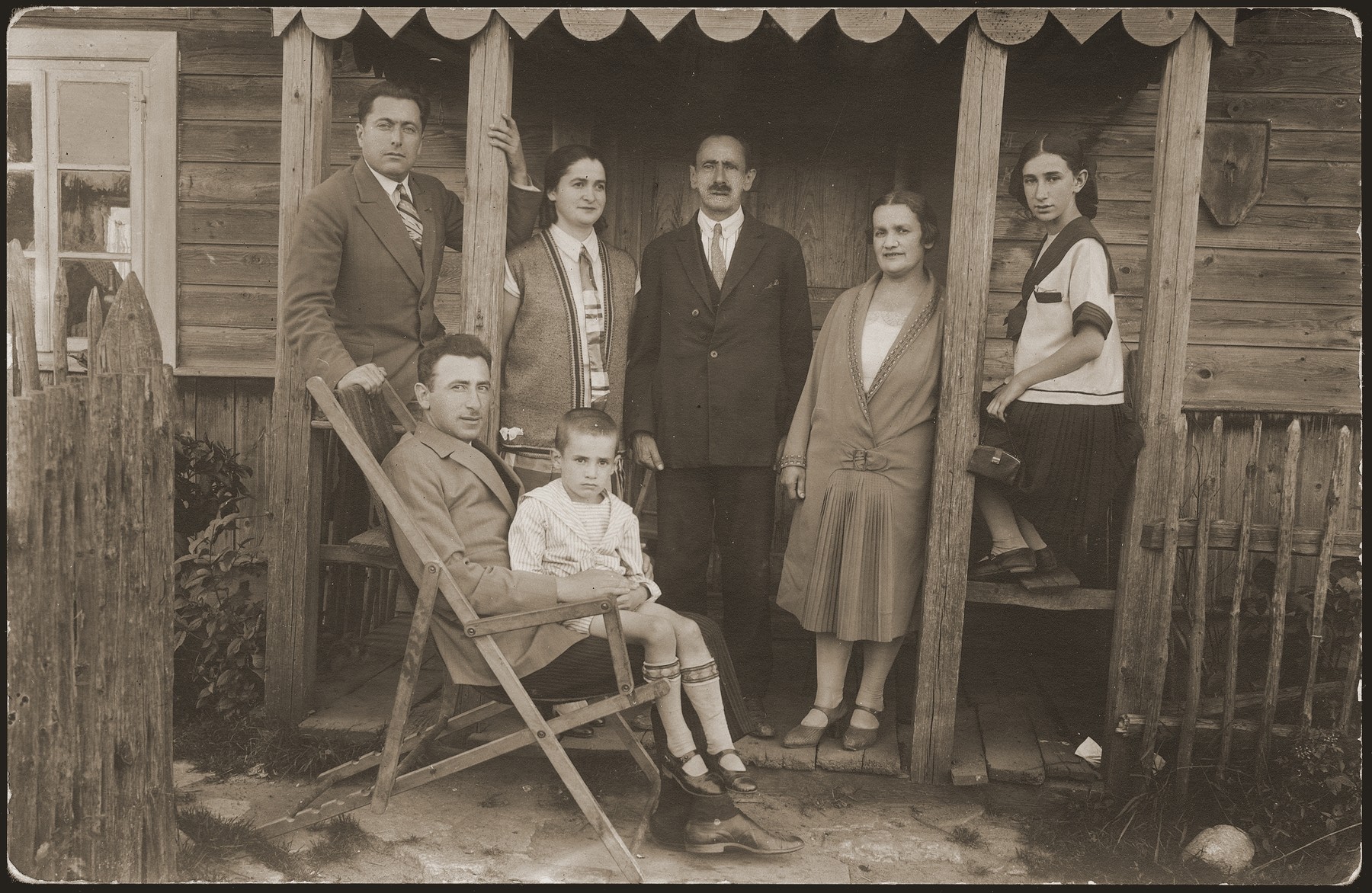 The Dworzecki family poses on the porch of their summer cottage in Molczadz.

Pictured standing from right to left are: Wita, Helena and Jakub Dworzecki. Lulek Dworzecki sits in the lap of an unidentified relative.

Biography
Alicja Dworzecka (born Laja Sala Herszkowicz) is the daughter of Jankel and Chaja Gitla (Fortunska) Herszkowicz. She was born May 22, 1912 in Lodz, where her father was a merchant. Sala had two brothers: Dawid (b. 1910) and Moniek (b. 1914). In 1938 Sala married Antoni Grosman. Soon after the German invasion of Poland the couple fled to the Soviet Union. Antoni was then arrested and deported to a Soviet labor camp, where he perished. Left on her own, Sala settled temporarily in Kokanda, Uzbekistan. In 1943 she joined a newly formed division of the Polish Army in the Soviet Union and remained with her unit until reaching Warsaw in 1945. Sala was the sole survivor of her immediate family. Her mother and younger brother died in the Lodz ghetto; her father was deported to Auschwitz and killed in August 1944; and her older brother perished in a labor camp in Germany. Soon after her arrival in Warsaw, Sala met Arkadiusz Dworzecki, who became her second husband.

Arkadiusz Dworzecki is the oldest son of Jakub and Helena Dworzecki. He was born June 11, 1910 in Vilna. Arkadiusz had a sister Wita (b. 1912) and a brother Lulek (b. 1914). Arkadiusz studied chemistry at the university in Warsaw in the late 1930s. With the outbreak of World War II he returned to Vilna. Some months later he was sent to work at an ammunition factory in the Ural Mountains by the Soviet authorities, then in control of Vilna. His parents, who remained in Vilna, perished in the ghetto; his sister died while fighting with the partisans in the forests; and his brother's fate was never learned. After the war Arkadiusz returned to Warsaw, where he met Sala Herszkowicz.