A group of girl scouts play recorders on a riverbank. 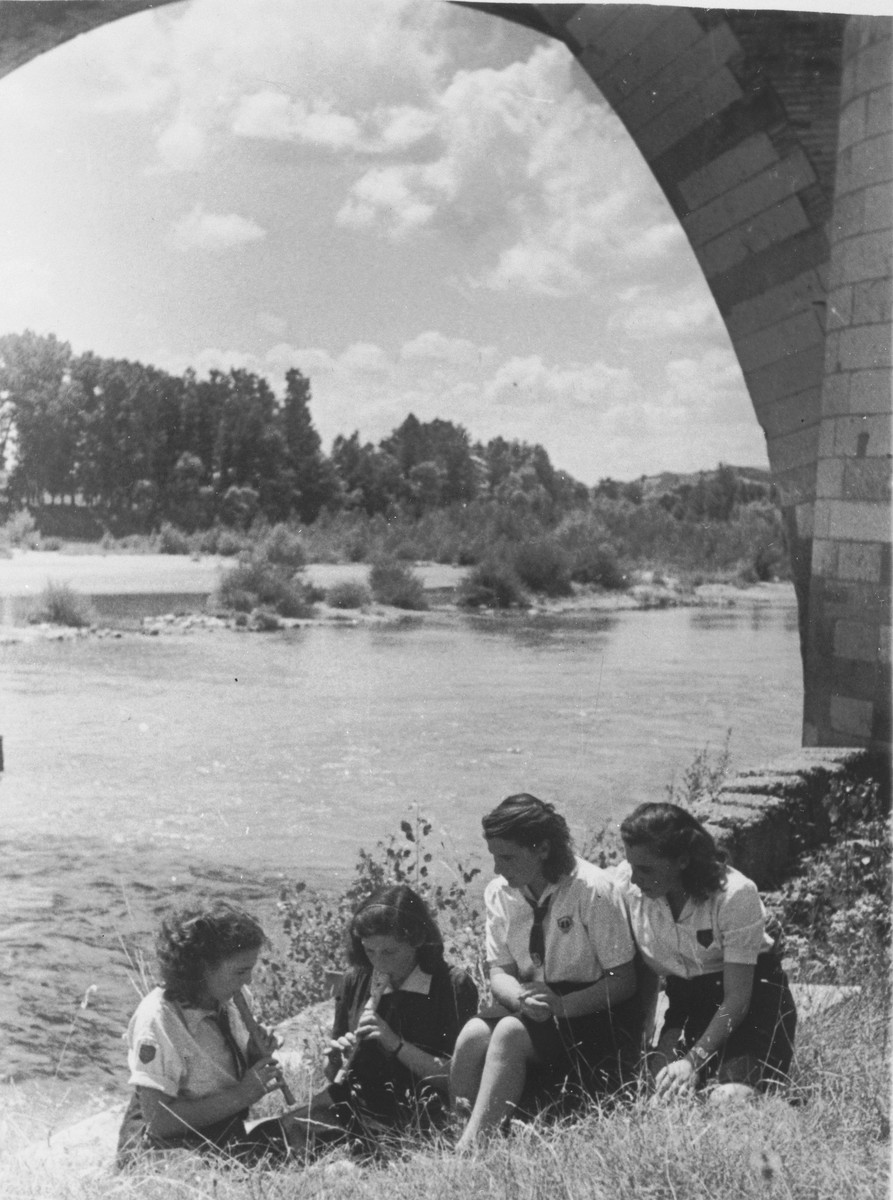 A group of girl scouts play recorders on a riverbank.

Edith Loeb, a Jewish girl in hiding, is pictured on the far right.

Biography
Edith Leuchter (born Edith Loeb) is the daughter of Max and Julie (Weil) Loeb. She was born on December 31, 1927 in Bruchsal, Germany, where her father owned a grocery store. Edith had one younger brother, Heinz (b. 1931). The family remained in Bruchsal until July 1938, when Edith's father immigrated to the United States. The rest of the family planned to join him after he had settled in. In the meantime, Heinz was sent to a boarding school in Frankfurt, while Edith remained at home with her mother and grandmother. In October 1940 there was a round-up in Bruchsal and the three were sent to the Gurs internment camp. They remained in Gurs until April 1941, when they were transferred to Rivesaltes. Five months later Edith's mother allowed the OSE (Oeuvre de Secours aux Enfants) to send her to a children's home in Palavas-les-Flots. In November 1942 she was transferred to the OSE home at Chateau de Masgelier. Edith remained there until February 1944, when she received false identification papers and was placed by the OSE at a boarding school in Beaulieu. Two months later the Amitie Chretienne sent Edith to a home called Le Touring in Vic-sûr-Cère. She stayed there under a false name until September 1944, when she was given another set of false papers by the OSE and transferred to a scout camp at Moissac. After liberation Edith contacted her father in New York, who arranged for her immigration to the United States. In April 1946 she departed from Bordeaux, arriving in New York a few weeks later. Edith's mother and brother both perished in Auschwitz. Her mother was deported from Gurs and her brother, from Frankfurt am Main via Theresienstadt.