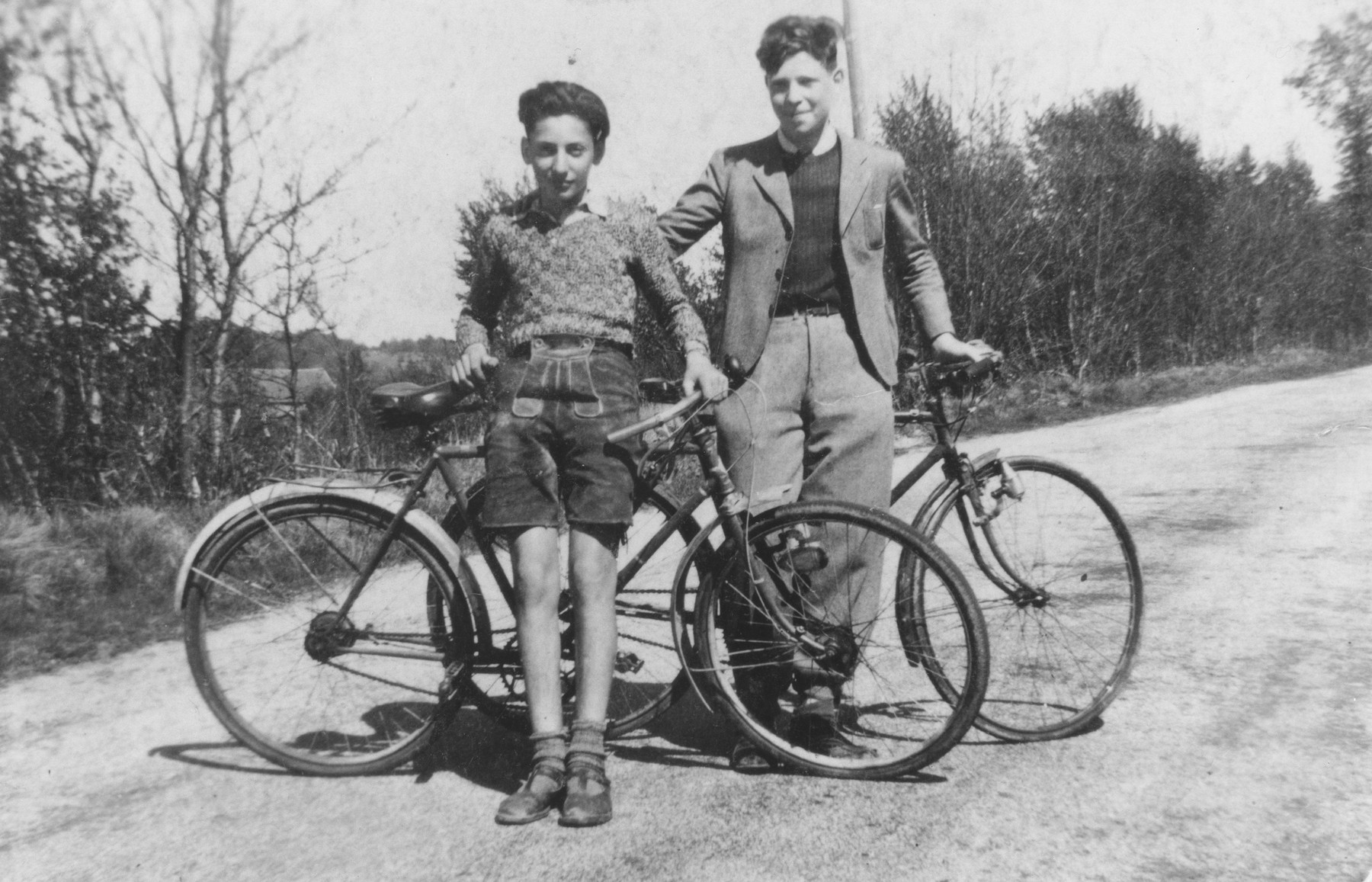 Kurt Leuchter is pictured on the left, and Pierre Ickowitz is on the right.

Biography
Kurt Leuchter was born on February 6, 1929 in Vienna. He was the only child of Moritz and Rosa (Maier) Leuchter. Moritz ran a wholesale silk business in Vienna with his brother, Julius, until he was arrested during Kristallnacht and instructed to leave Austria by the Gestapo. After his release from prison ten days later, Moritz obtained false visas for his family to travel to Belgium, and the three arrived in Antwerp in February 1939. Three months later, Moritz was arrested and sent to an internment camp in France. Rosa and Kurt remained in Antwerp until the summer, when they were deported to a transit camp in Limburg, Belgium. Their release several weeks later, was effected by Kurt's aunt, Paula Leuchter, who took advantage of her "Aryan" appearance. In September 1940 Kurt and his mother went to Paris with Paula and her son, where they lived in a refugee center. Upon learning that Moritz was interned in Les Milles, Kurt and his mother made their way to the unoccupied zone. When they reached Marseilles, they were interned at the Hotel Terminus de Porte. Though restricted in their movement, Kurt and his mother were able to visit Moritz occasionally. In July 1942 all Jewish refugees at the Hotel Terminus de Porte were transferred to Les Milles. When soon after their arrival representatives of the OSE (Oeuvre de Secours aux Enfants) offered to remove Kurt from the camp, his parents complied. He was then taken to the Hotel Bompard. Soon after, Kurt and a few other Jewish boys escaped from the hotel by jumping out of a window. The group went to the OSE, which sent them to the Masgelier children's home. Kurt remained there until February 1943, when he was sent into hiding at a boys' correctional facility in the village of Jeu-les-Bois. The director of the home, Mademoiselle Burelle, knew that Kurt was Jewish and managed to obtain false papers for him from the mayor of the village. When the Gestapo came in search of Kurt, however, she quickly arranged for him to join a group of French resistance fighters. After the liberation Kurt lived at the OSE children's center in Collonges, before moving to the center at Fontenay aux Roses outside Paris. There he worked as an apprentice in the leather goods workshop. In the summer of 1946 he returned to the Masgelier home. At this time Kurt contacted relatives in New York, who arranged for his immigration to the United States. In August 1946 he departed from Marseilles, arriving in New York on September 8, 1946. Four years later in 1950 Kurt married Edith Loeb, a fellow refugee from Château Masgelier. Kurt's parents were deported from Les Milles a few weeks after his release and killed in Auschwitz.