Jewish refugees at a birthday party in Shanghai. 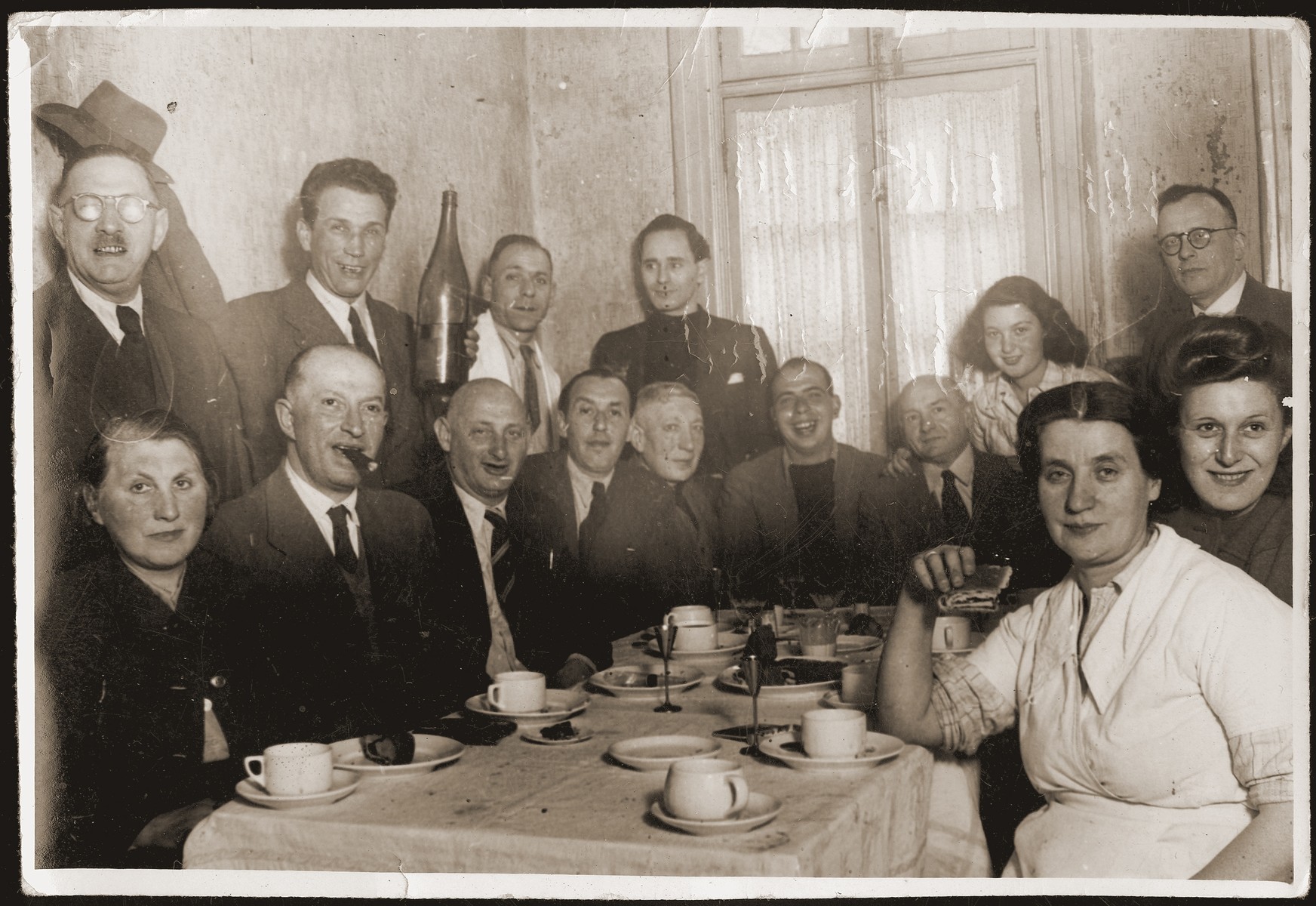 Jewish refugees at a birthday party in Shanghai.

Albert Jakobsberg and Herbert Feibel are pictured seated fifth and sixth from the left respectively. The woman sitting in the front left side, wearing white, is Adele Lowenthal, Hanne Lowenthal's sister.