Group portrait of Jewish DP children temporarily staying at a children's home in Bratislava. The children are under the care of Rescue Children, Inc. and are about to be transferred to a home in Fublaines, France. 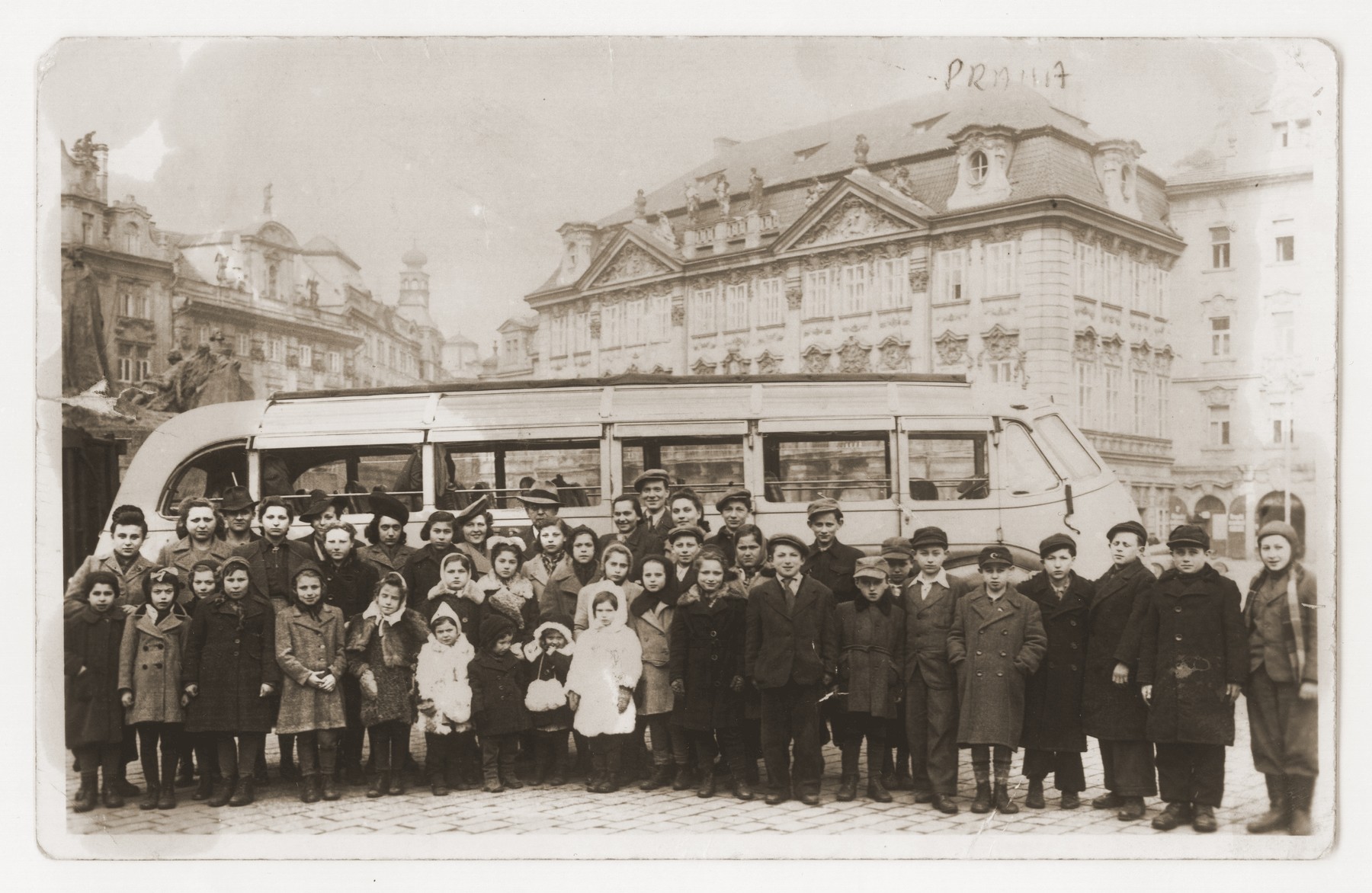 Group portrait of Jewish DP children temporarily staying at a children's home in Bratislava. The children are under the care of Rescue Children, Inc. and are about to be transferred to a home in Fublaines, France.

Renate Guttmann is pictured wearing the fur coat, fifth from the left in the front row.