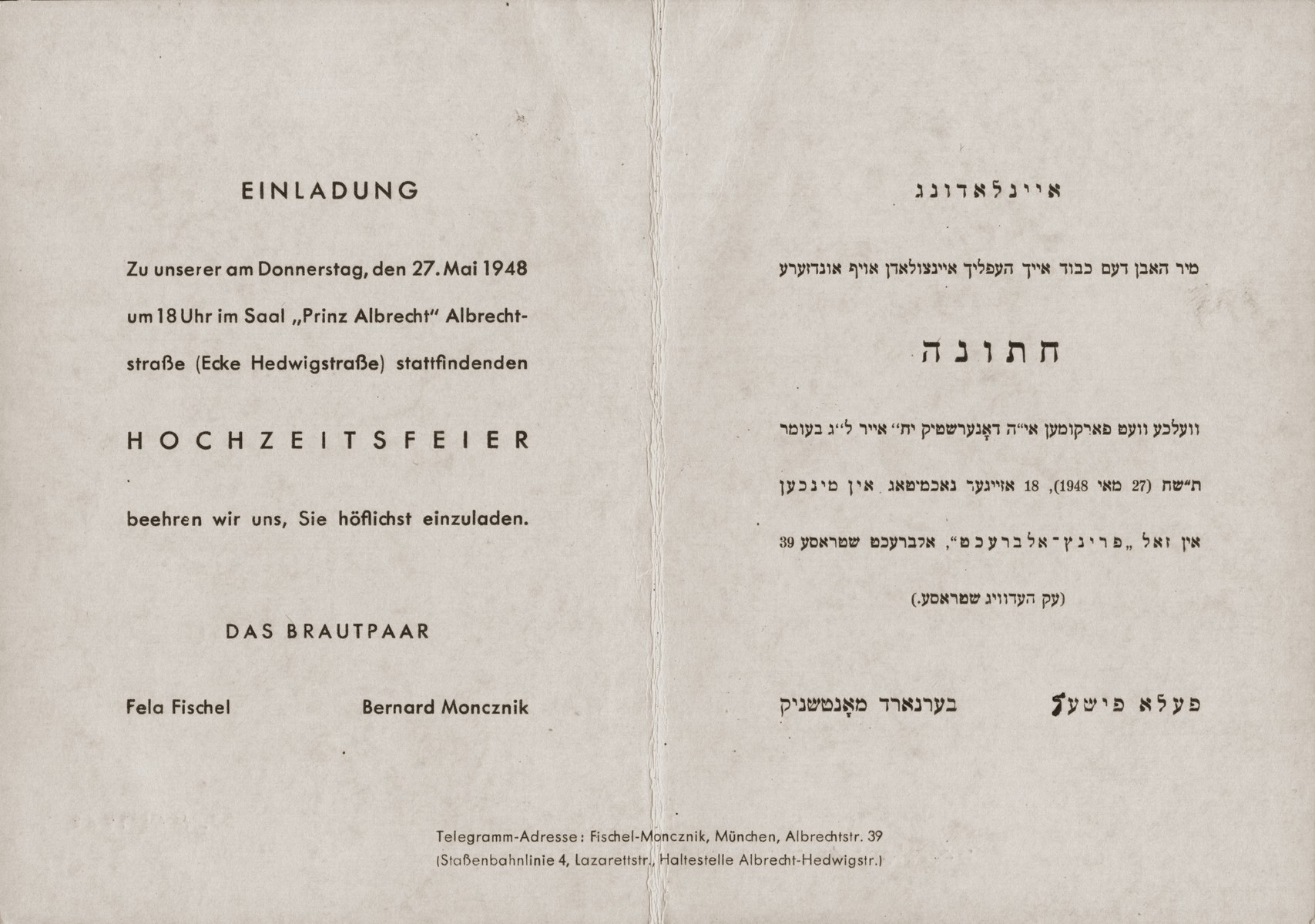 The ceremony took place on Lag b'Omer, May 27, 1948, in the Prinz Albrecht Hall in Munich. The invitation is printed in Yiddish and German.