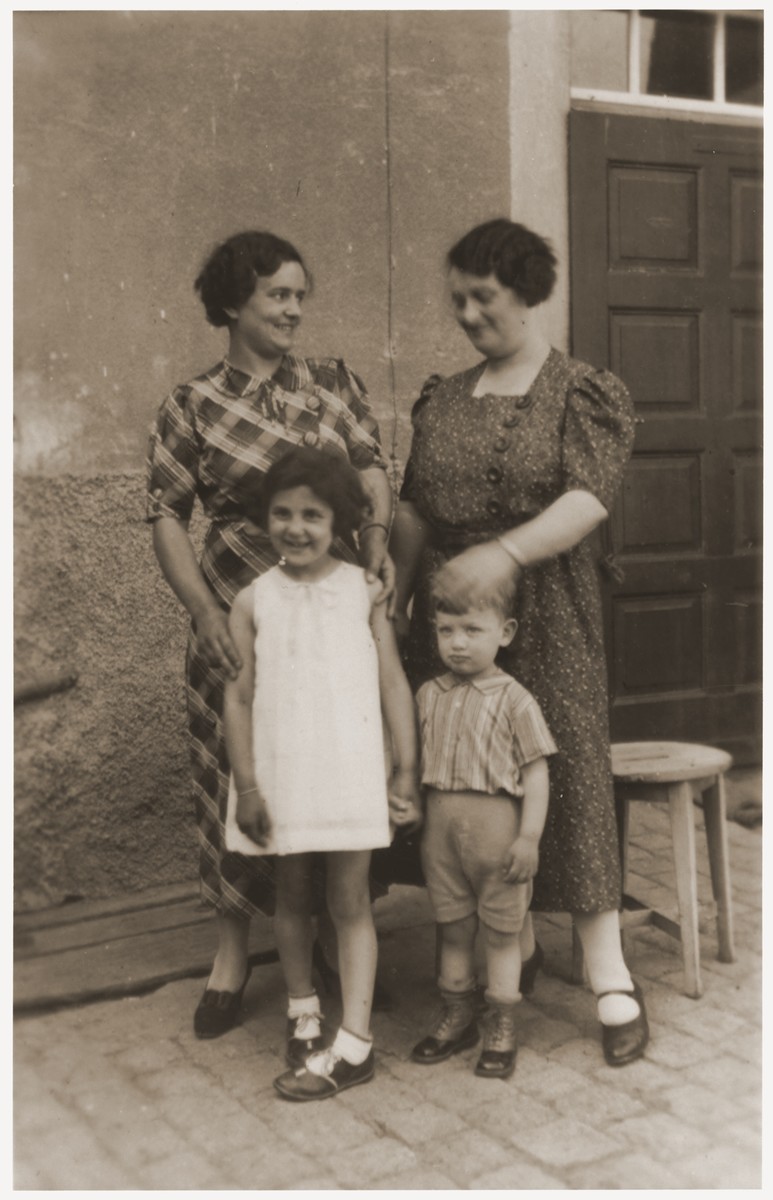 Pictured are Flora Mendel (right) with her son, Ernst, and Mrs. Berger with her daughter, Inge.