Walther Mayer (second row, third from the right) poses with his military unit in the Austro-Hungarian army. 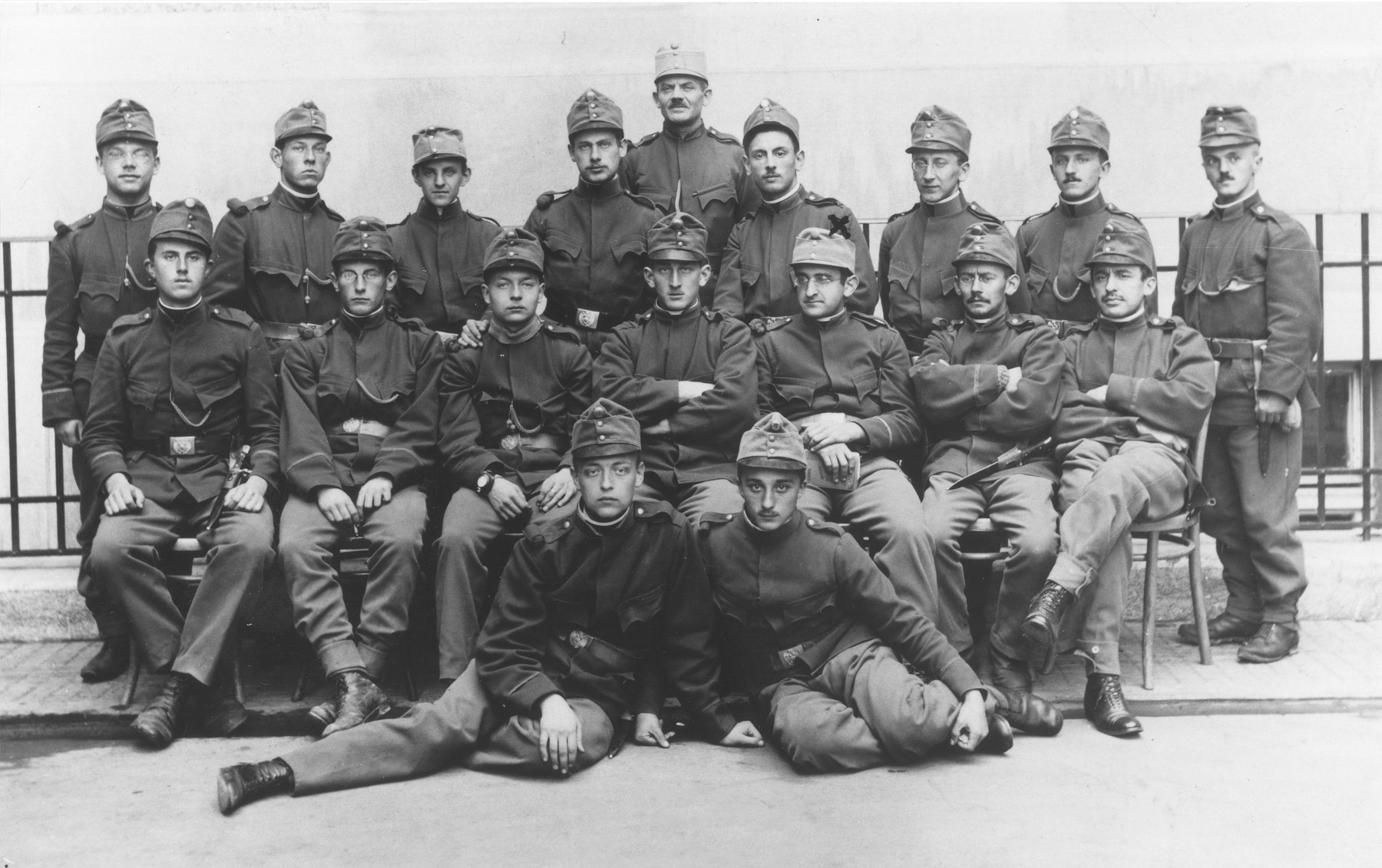 Walther Mayer (second row, third from the right) poses with his military unit in the Austro-Hungarian army.

Biography
Walther Mayer (1887-1948), an Austrian Jewish refugee mathematician, was born in Graz, Austria. He studied at the universities of Zurich and Paris before receiving his doctorate in 1912 from the University of Vienna. After serving in the First World War, he lectured at the University of Vienna, where in 1931 he was appointed to a professorship. From 1931 to 1936 he collaborated with Albert Einstein on the theory of relativity. After Hitler's assumption of power, he followed Einstein to the United States and became an associate in mathematics at the Institute for Advanced Study in Princeton, New Jersey.