Class portrait of 7th grade students at a Jewish public school in Sosnowiec. 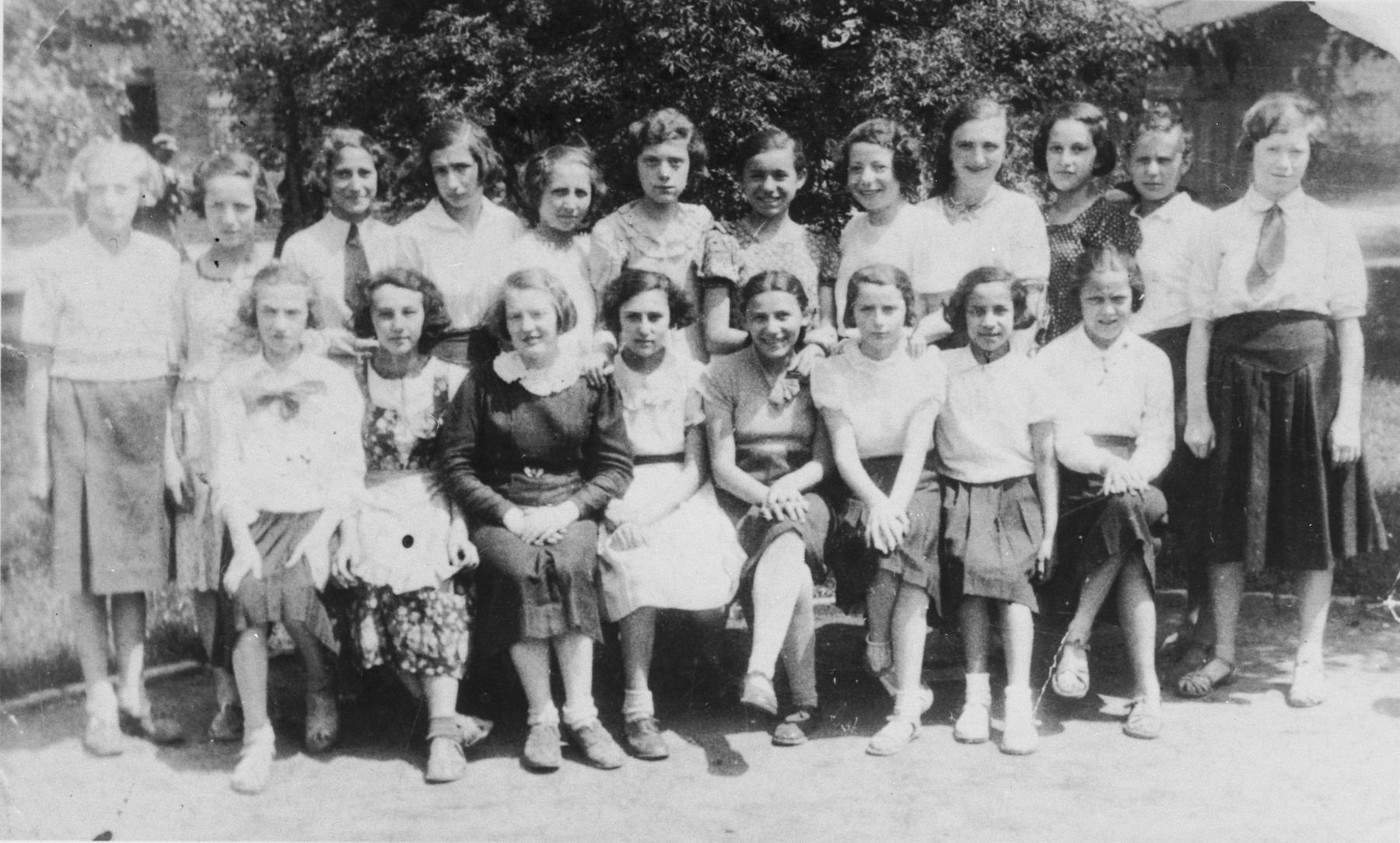 Class portrait of 7th grade students at a Jewish public school in Sosnowiec.

Pictured in the front row (left to right) is unknown; Lusia Szpiro; unknown; ? Borensztajn; unknown; Jadzia Szyjewicz; Mania Zaks; and Edzia Bank. Standing in the back row is Rutka Rabino (sixth from the left) and Helen Glejtman (fourth from the right).