Frieda Johles poses with her mother, Malka Johles and a friend outside the main building of the Morgins family camp which housed the adults. 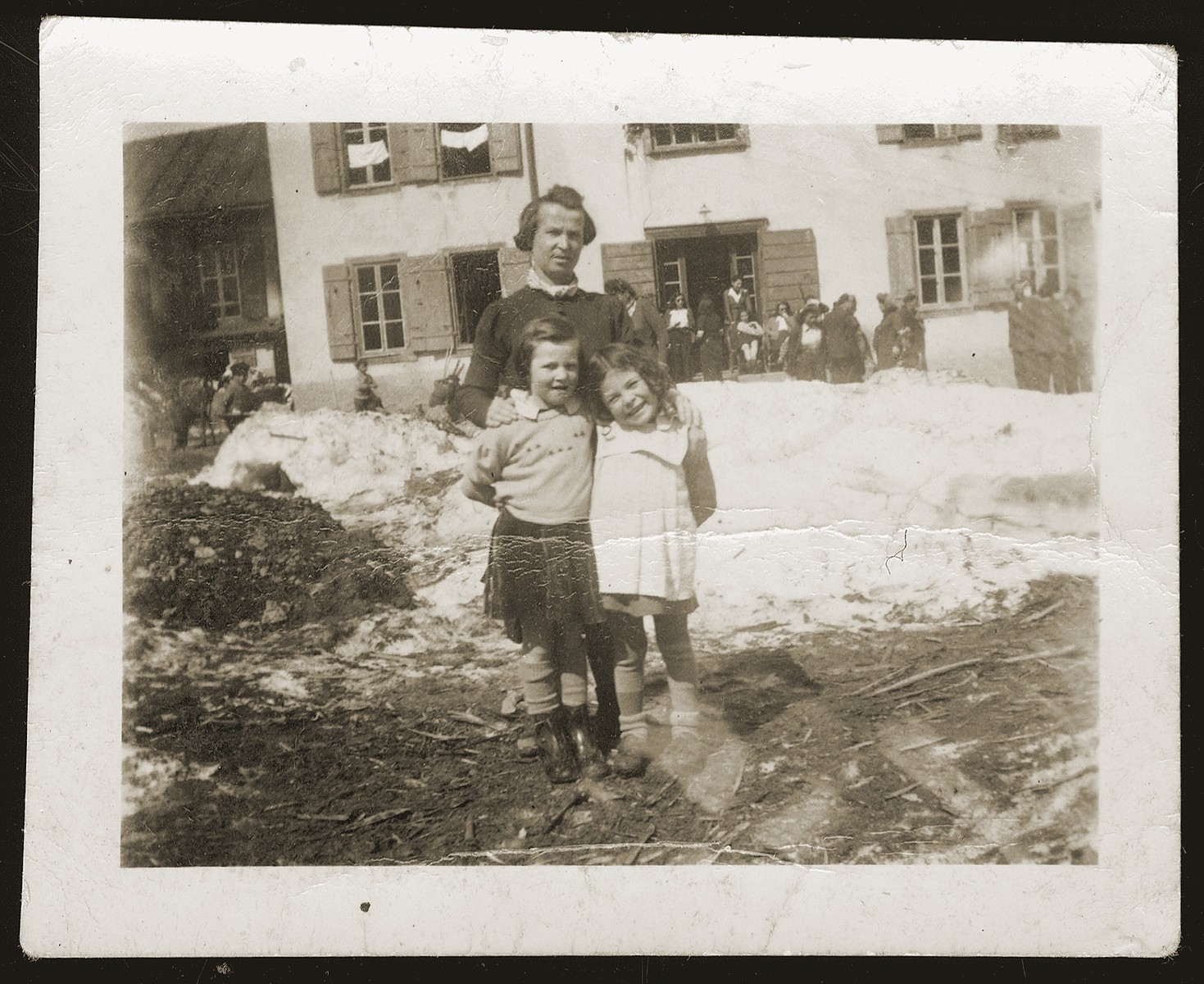 Frieda Johles poses with her mother, Malka Johles and a friend outside the main building of the Morgins family camp which housed the adults.

Biography
Frieda Forman (born Frieda Johles) is the daughter of Kasiel Aba and Malka Johles, the owners of a grocery store and delicatessen. Originally from Paszecna and Delatin, small shtetls in Galicia, Kasiel and Malka immigrated to Vienna in 1924 and married in 1926. Frieda was born in Vienna on October 11, 1937. Her older brother Max was born on March 28, 1927. Following the annexation of Austria in 1938 the family fled to Brussels. Then, after Germany invaded Belgium they fled again, this time to southern France. The family went first to Toulouse and then Lyons. Kasiel and Max found a French farmer willing to take them to Switzerland, and on September 26, 1942 the family crossed the border near Anemasse as part of group of 11 Jewish refugees. After crossing the border, the family went to the Varembe quarantine and reception camp and then came to Geneva. Max joined a youth aliyah hachshara in Versoix, and the rest of the family remained "privately interned" in Geneva. They were allowed to live freely provided that the adults did not seek employment, the family did not leave the city and they reported to authorities on a regular basis. On August 21, 1943, the family was ordered to move to Morgins, a refugee center for religious Jews run by the Central Committee for Camps and supported by various Jewish charities. Over the next two years, 350 to 400 Jewish refugees from various European countries lived there, adults in one building and children in another. After the closure of Morgins, the family moved to a different camp, Clarens, on March 10, 1945. Two months later, in May 1945 Max immigrated to Palestine with youth aliyah. On February 17, 1946, Frieda and her parents returned to Geneva and remained there until November 21, 1946 when they immigrated to the United States sponsored by Kasiel's sister and brother-in--law. Though Frieda and her immediate family survived, her extended family and three of her grandparents perished in the Holocaust.