A note written by Jonas Tenenbaum in the Warsaw ghetto that accompanied a returned food package. 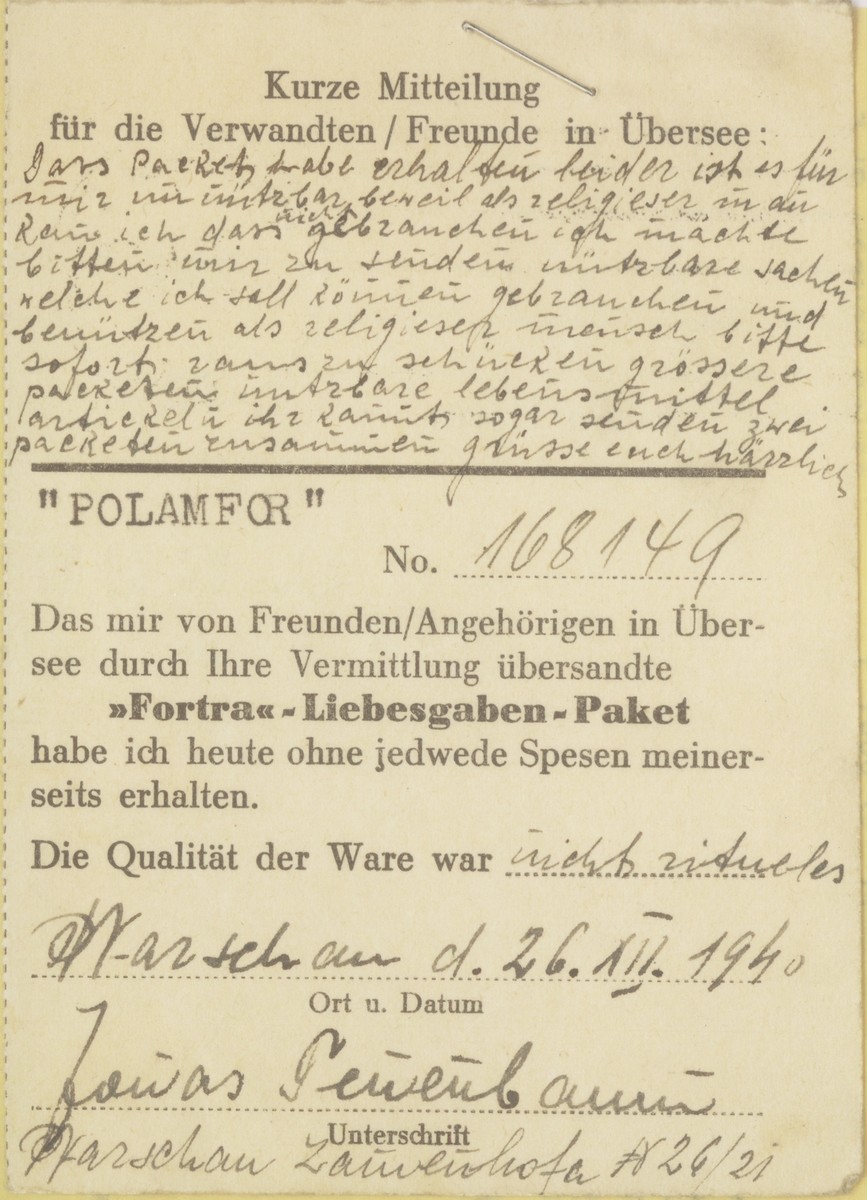 A note written by Jonas Tenenbaum in the Warsaw ghetto that accompanied a returned food package.

In the note he explains that he is unable to accept this package because it contains non-Kosher food.