Four Jewish youth who returned to Bedzin after the war, pose outside seated on the grass. 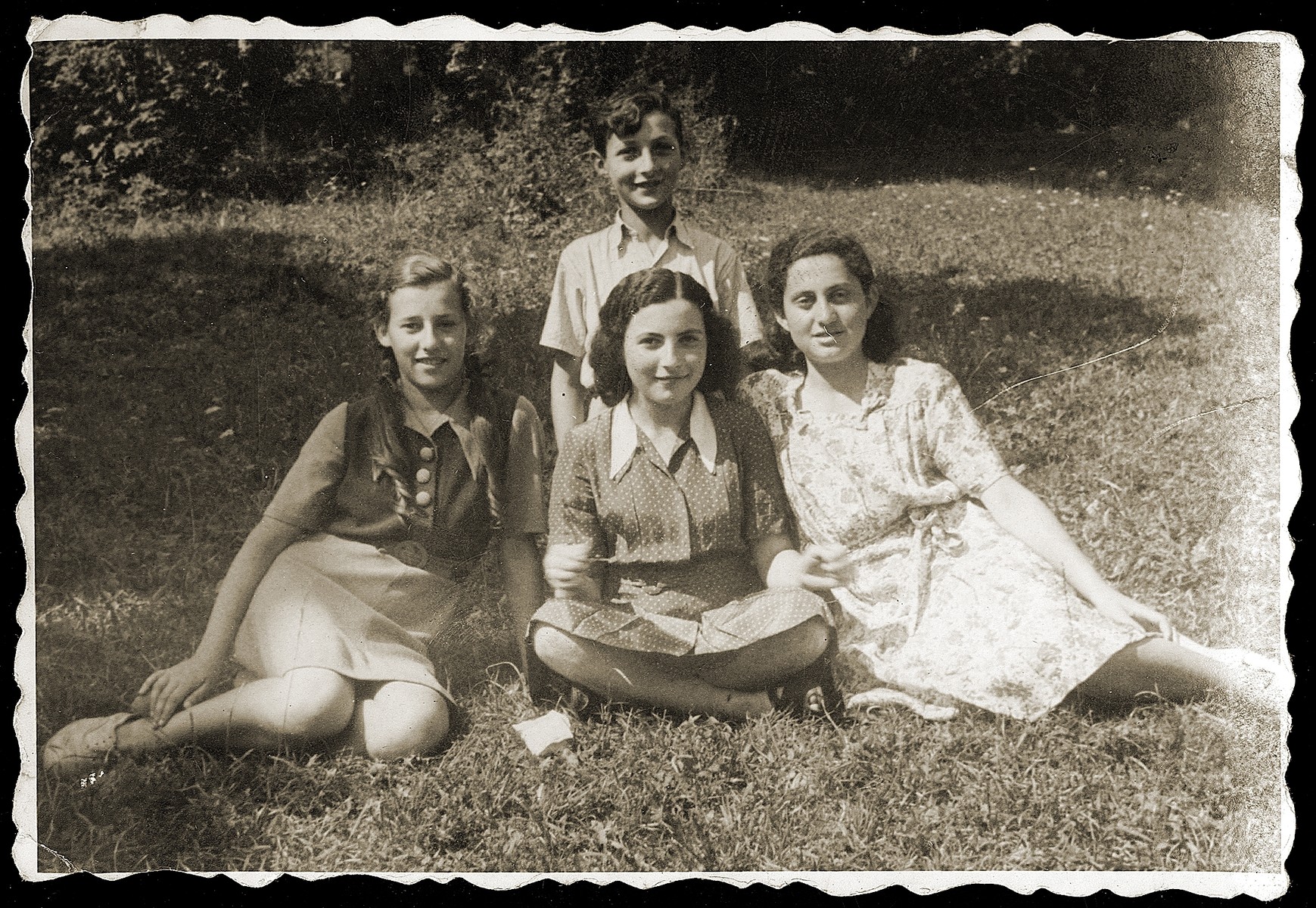 Four Jewish youth who returned to Bedzin after the war, pose outside seated on the grass.

Among those pictured are Lolek Przyrowski (top) and Shulamit Sternfeld (right).

Biography
David Klajman is the son of Majer Nusyn and Rywka (Rusinek) Klajman. He was born December 11, 1918 in Bedzin, Poland, where his father owned a factory that produced agricultural tools. David had three siblings: Avraham (b. 1911), Shlomo (b. 1914) and Franya (b. 1922). Immediately after the German invasion of Poland, David fled northward but soon returned to Bedzin and worked in the family's factory. The Klajmans remained in their own home until the beginning of 1943 when they were transferred to the Kamionka ghetto on the outskirts of the city. Six months later, the family was moved to the nearby Srodula ghetto. Immediately after moving in, they built a bunker beneath their residence. When the liquidation of the ghetto began a short time later on August 1, 1943, the entire family plus several neighbors went into hiding. A total of 24 people hid underground for ten days until the bunker was discovered on August 10. The next day David's family was transported to Auschwitz. David escaped deportation that day when he was selected to join a special commando. However, on January 13, 1944, he, too, was sent to Auschwitz. David was assigned to Lager D at Birkenau and was soon put to work constructing the new Siemen's plant in Bobrek. He remained there until January 18, 1945, when he was put on a forced march to Gleiwitz. David and two companions escaped from the group and hid in a silo for two days until they were liberated by the Soviets. Subsequently, he returned to Bedzin, where he remained for the next eight years. David married Shulamit Sternfeld on December 22, 1950. A few years later, in February 1953, the couple left Bedzin for Marseilles, where they boarded the immigrant ship Moledet for Israel. David's parents and sister perished in Auschwitz. His brother, Shlomo, died in Warsaw after being sent there from Auschwitz. His brother, Avraham, was killed in Reigersfeld (near Heidelberg) on December 8, 1943.