The Spritzer family poses in a park in Vienna. 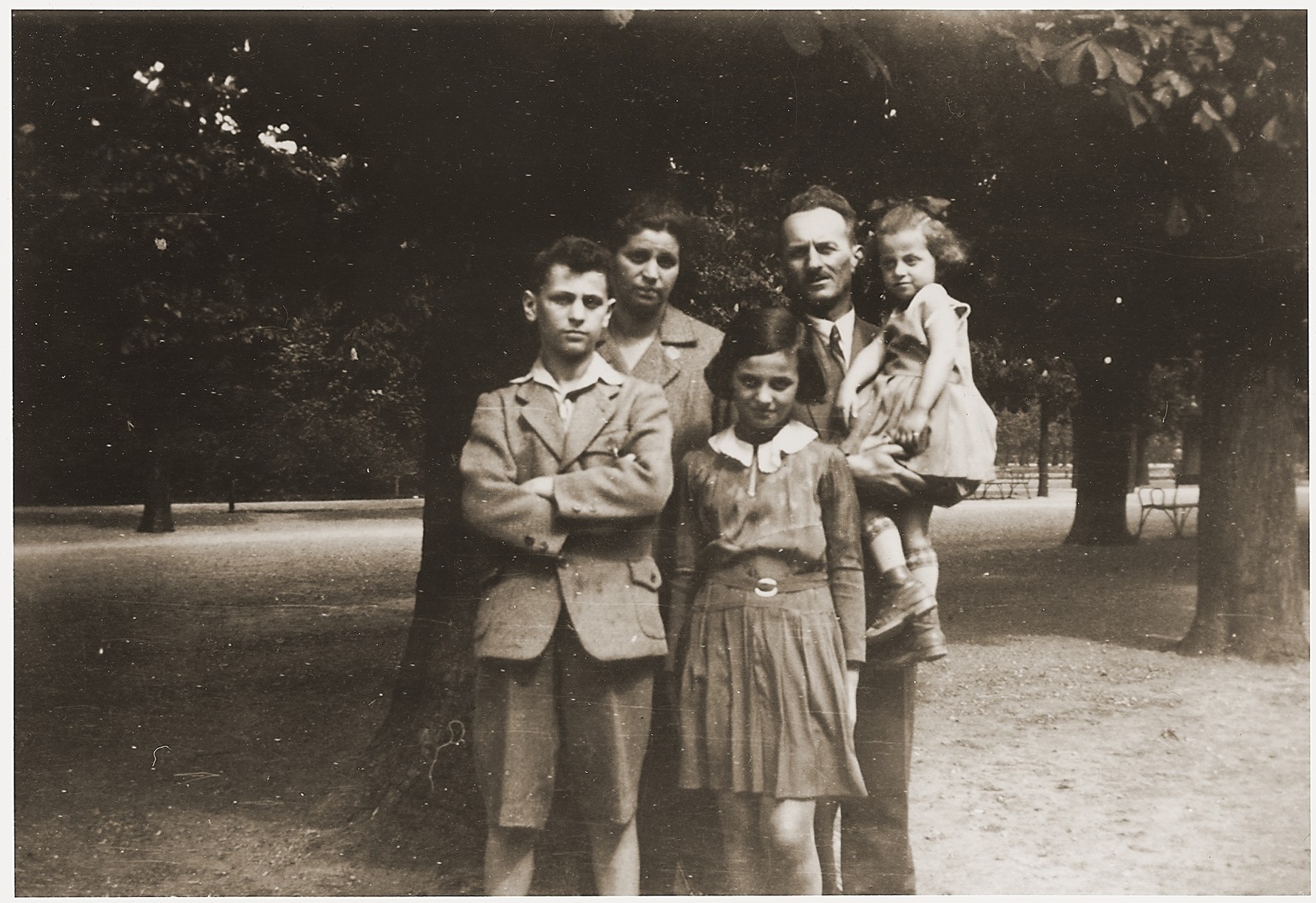 The Spritzer family poses in a park in Vienna.

Pictured are Max and Elsa Spritzer with their three children, Julius, Suzanne and Lisbeth.

Biography
Susanne Perl (born Suzanne Spritzer) is the daughter of Max and Elsa (Schimmel) Spritzer. She was born on August 9, 1922 in Vienna, where her father was a businessman. Suzanne had a brother Julius (b. 1920) and a sister, Lisbeth (b.1929), who died in childhood. Suzanne's father was arrested on Kristallnacht, but he was released a few days later after producing immigration papers for the United States. Soon after, Max fled to Belgium, where he remained until the German invasion. He was arrested and deported to the French concentration camp of Gurs in 1942, but was able to secure a release because of his American papers. Suzanne's brother left Vienna for Palestine in May 1938. Suzanne departed on a Kindertransport to England on June 21, 1939, and her mother left for the United States in September 1939. Suzanne spent the next eighteen months in Edinburgh, Aberfoyle and Selkirk, Scotland. In January 1941 she secured passage on a ship to Canada. From there, she continued to New York, where she stayed with her mother and aunt. She met her future husband, Otto Perl, in Brooklyn, and they married on June 20, 1943.