Two Jewish siblings walk along a street in Krakow. 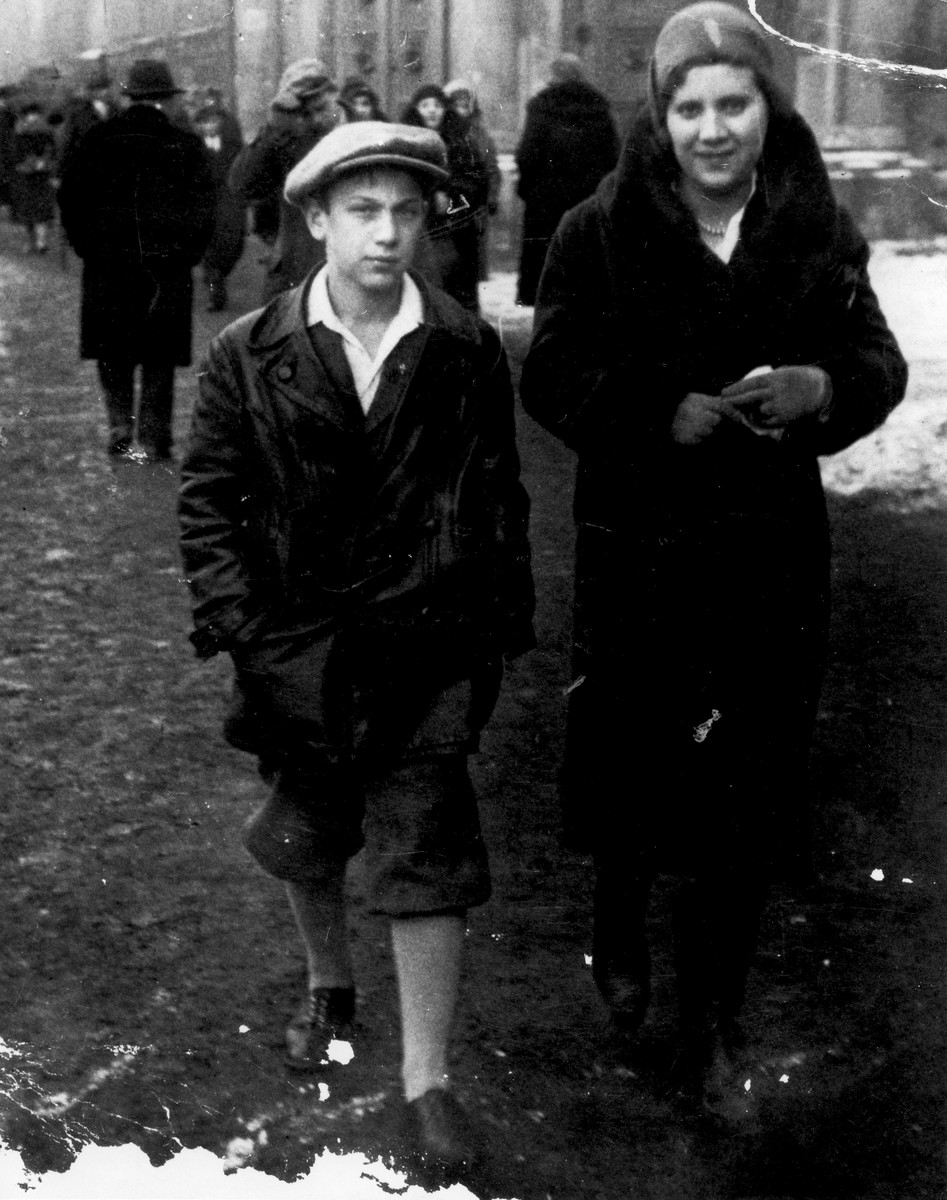 Two Jewish siblings walk along a street in Krakow.

Biography
Sylvia Goldberg (born Sylvia Laufer) is the daughter of Janina (Rosenblatt) and Joseph Laufer. She was born in Munich after World War II, as was her brother, Leo. Sylvia's father, Joseph, was born in Bielsko-Biala, Poland, where he was one of eleven children. Before the war Joseph had owned a shoe store and had been married to Sara Tenzer, with whom he had two daughters, Rita and Mary. During the German occupation Joseph was sent for forced labor in Czestochowa. His wife and daughters, however, were deported to their death in a concentration camp, as he learned after the liberation when he returned briefly to his hometown. While living in Czestochowa after the war, Joseph met Janina Rosenblatt at a public kitchen for Jewish refugees. Janina had survived the war by assuming the identity of a Polish Catholic girl and going to work as a Polish forced laborer in Silesia. Both of her parents had been killed in Treblinka, though her brother had survived by fleeing to the Soviet interior, where he later joined the Anders Army. Soon after they met, Joseph and Janina were married. They then fled to Germany, where they settled for a time in Munich.