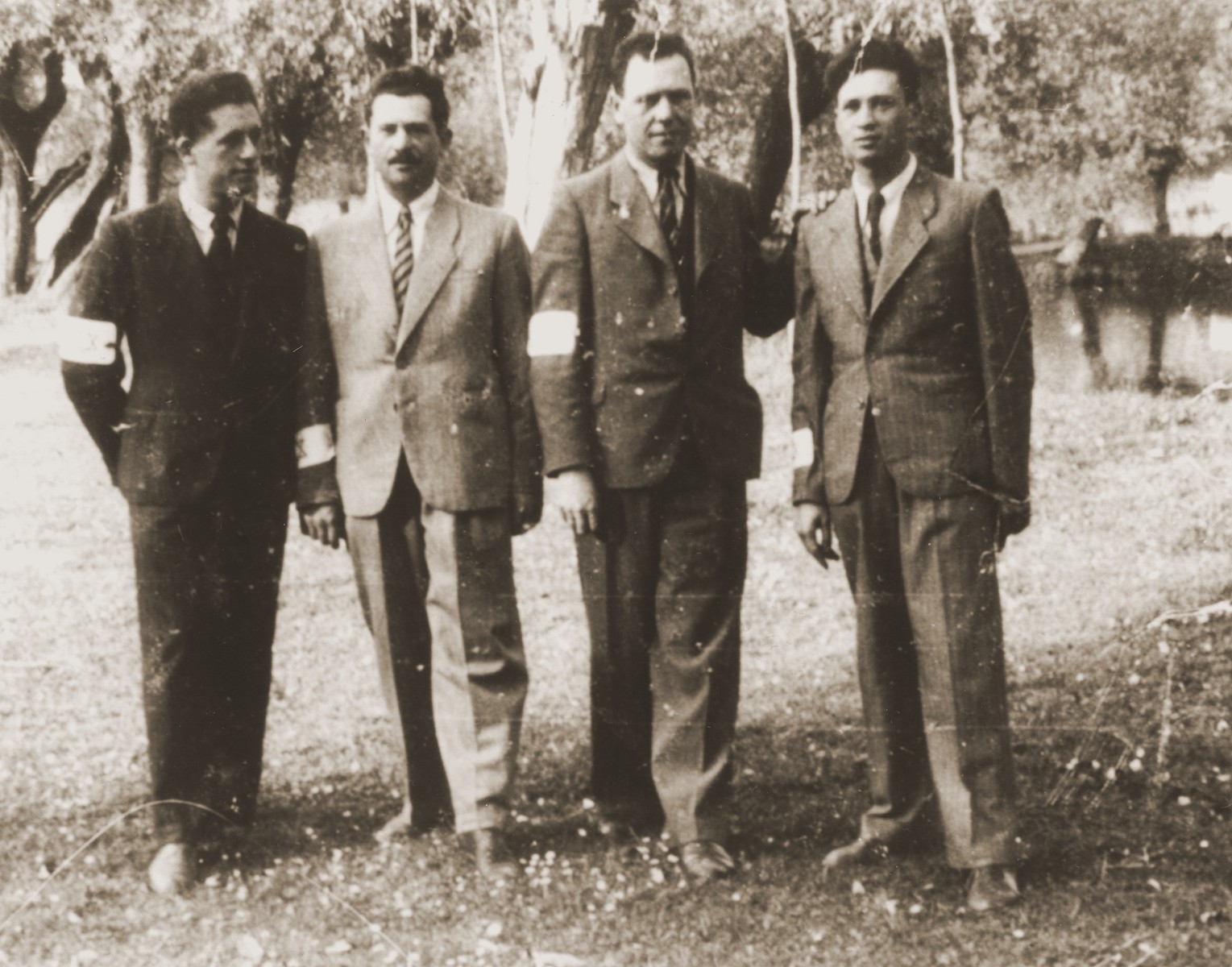 Josef Gerszanowicz is pictured second from the left. He survived the war and later married the donor's mother, Stella Langner Grossman, in Munich. His three brothers perished.