Studio portrait of a Jewish grandfather holding his granddaughter. 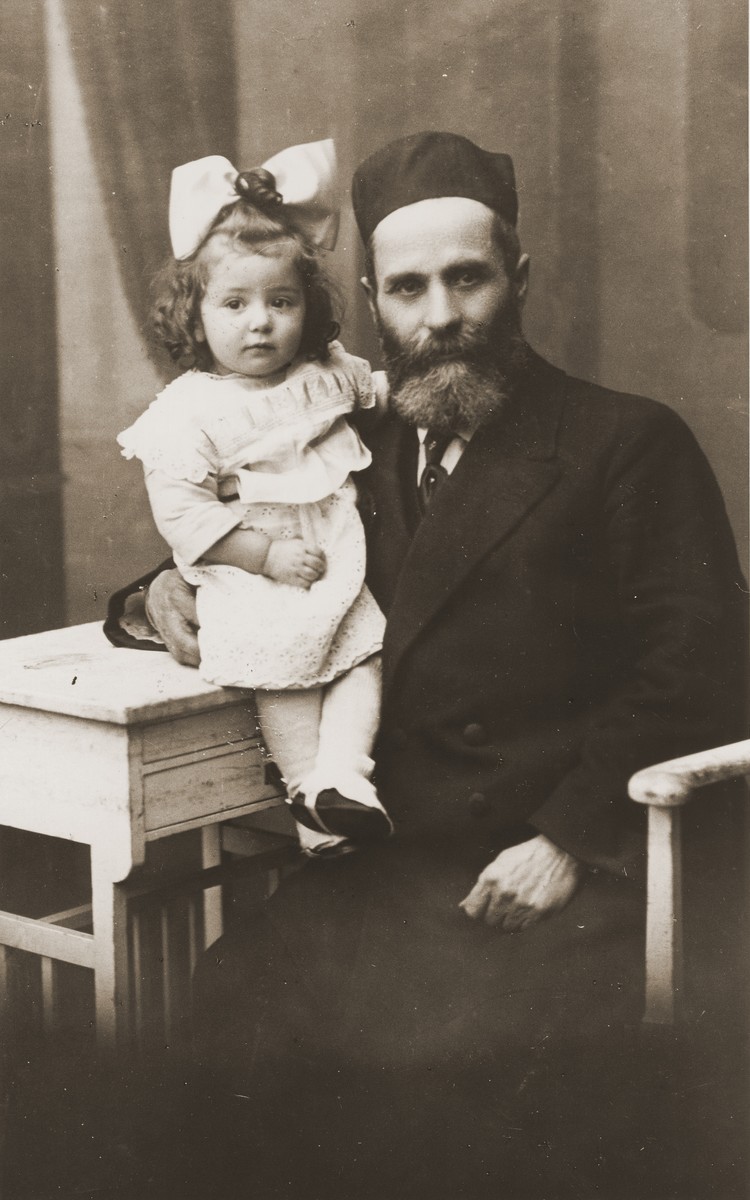 Studio portrait of a Jewish grandfather holding his granddaughter.

Pictured is Yechezkel Turetsky and his granddaughter, Rivka Radzinski.