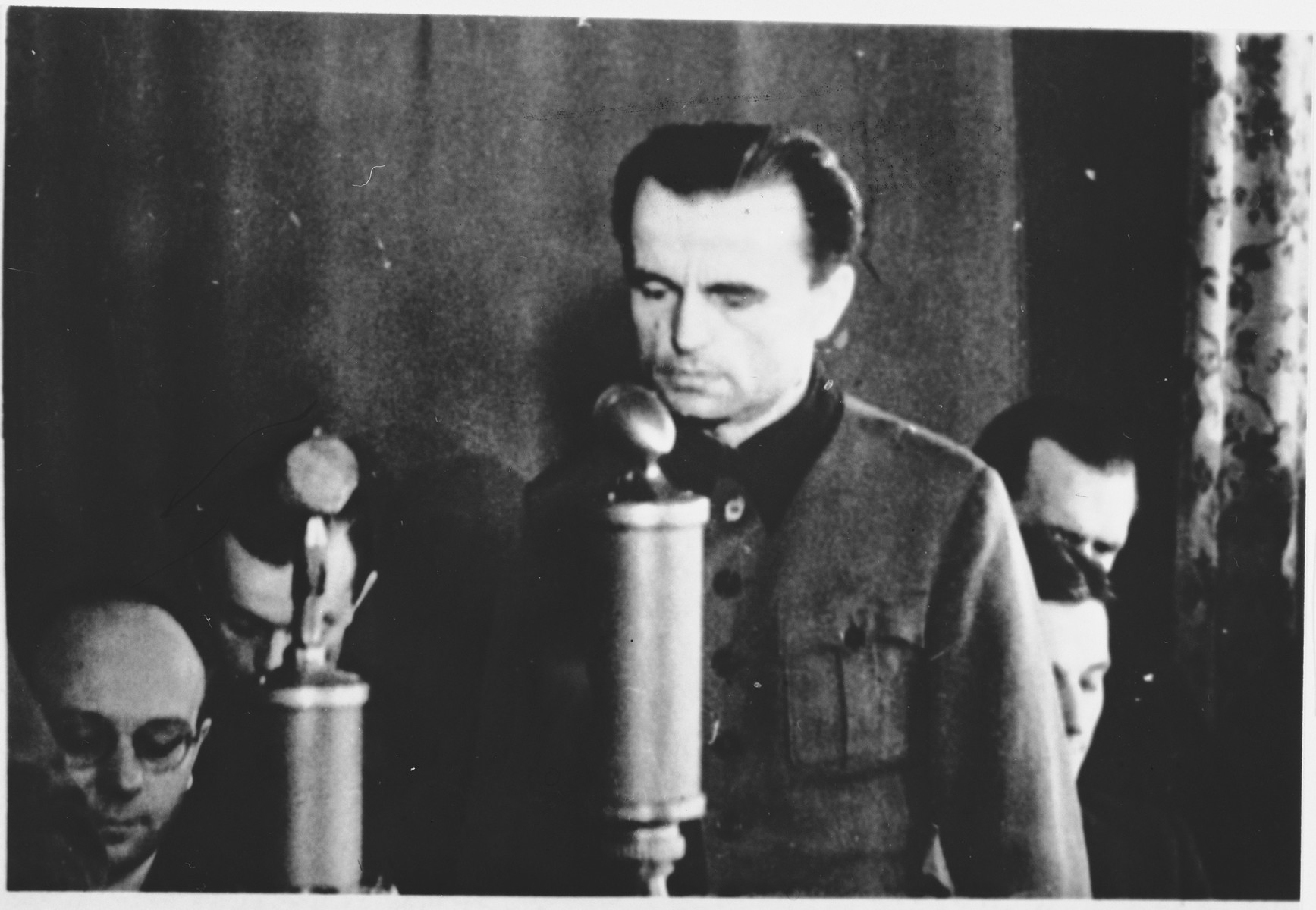 https://www.ushmm.org/wlc/en/article.php?ModuleId=10007776.
Biography
August Hoehn was born in 1904 in Lipporn-am-Rhein, Germany. He joined the SS and the Nazi Party in 1933. In September 1939 he was transferred to the Waffen-SS, joining the SS-Totenkopf Brigade (later the Totenkopf Division) during the Polish campaign. Later that year he entered the guard staff in Sachsenhausen, where, in 1943, he became a Lagerfuehrer. In that position, he oversaw the extermination of Soviet POWs and civilians through hangings, shootings and gassing, as well as the transfer of prisoners to Bergen-Belsen, Dachau, and Majdanek. From February to March 1945, on orders from commandant Kaindl, he oversaw the extermination of thousands of prisoners, and on 20 April 1945 he oversaw the evacuation of the camp by leading prisoners on death marches. Following his trial by a Soviet Military Tribunal, he was sentenced to life in prison with forced labor.