Wilhelm Schubert speaks from the dock at the Sachsenhausen concentration camp war crimes trial in Berlin. 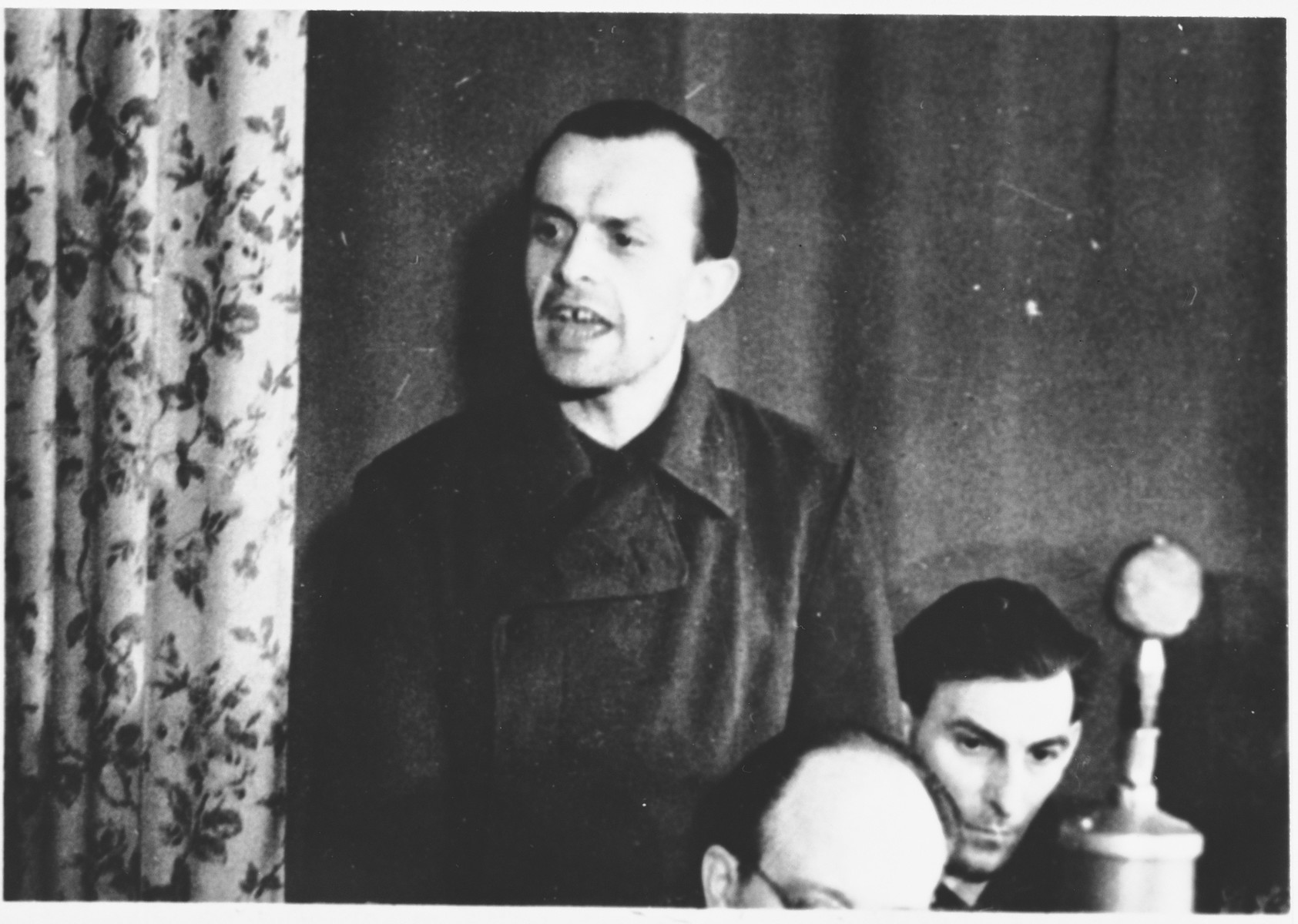 Wilhelm Schubert speaks from the dock at the Sachsenhausen concentration camp war crimes trial in Berlin.

https://www.ushmm.org/wlc/en/article.php?ModuleId=10007776.
Biography
Wilhelm Schubert was born in 1917 in Magdeburg, and volunteered for the Waffen-SS in 1936, joining the SS-Totenkopf Brigade (later the Totenkopf Division). He joined the Nazi Party in 1938 and from May of that year until April 1942 he was a Blockfuehrer in Sachsenhausen. At the end of 1939 he took part in the shooting of thirty-three Poles, and from September to November 1941 he took part in the extermination of Soviet POWs and civilians. He was said to have personally shot five hundred and ten prisoners, as well as brutally mistreated, tortured, and whipped many others. Following his trial by a Soviet Military Tribunal, he was sentenced to life in prison with forced labor.