Barrister Carl Bertil Henriques (left) walks outside with a colleague. 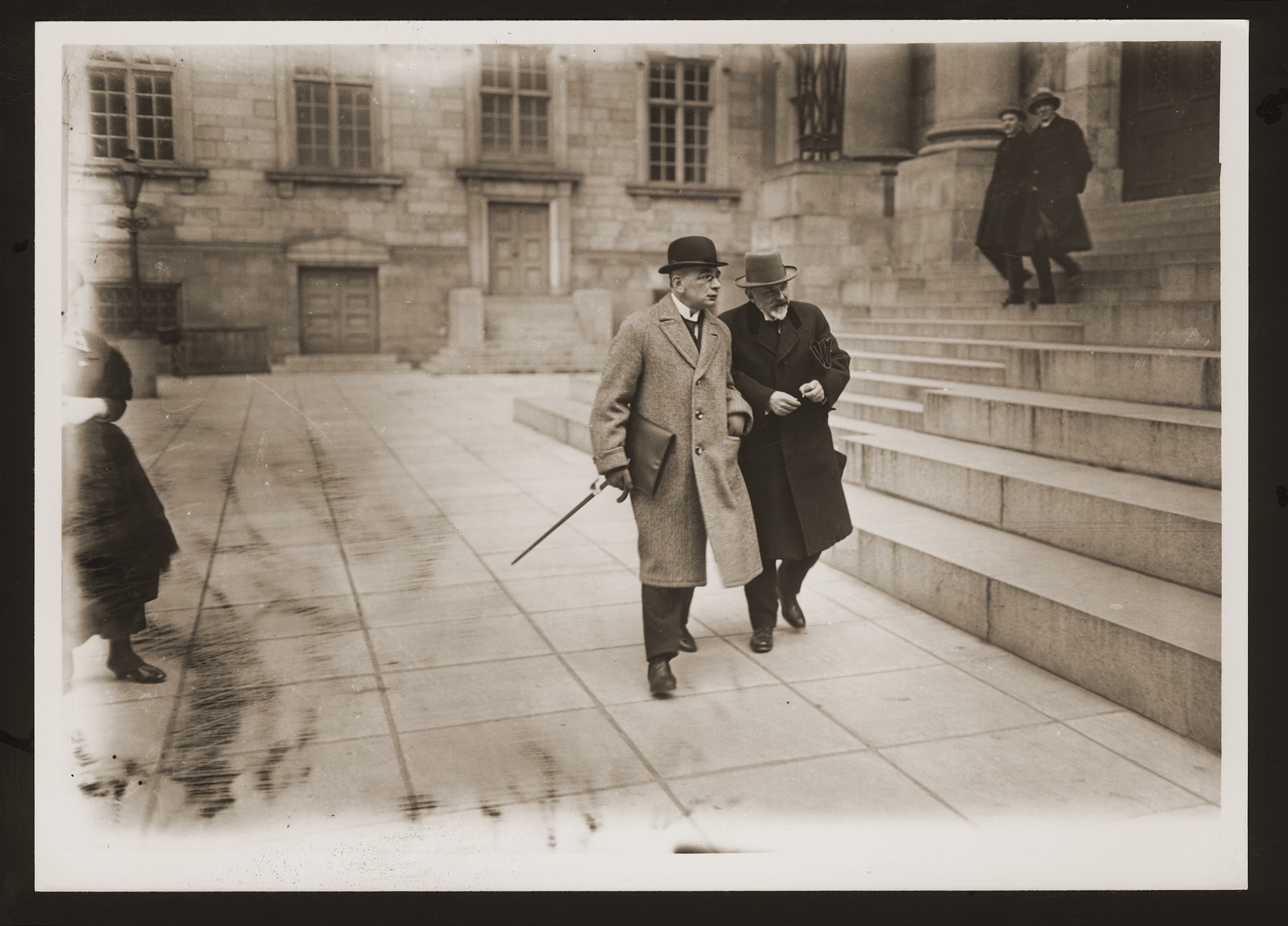 Barrister Carl Bertil Henriques (left) walks outside with a colleague.

Biography
Carl Bertil Henriques (1870-1957) was a noted supreme-court barrister and long-time head of the Danish Jewish community. During the Nazi occupation of Denmark he urged the Jewish community to stand by the king and his government. On September 28, 1943, he was visited by three Danish politicians, Hans Hedtoft, H.C. Hansen and Herman Dedichen, who warned him of the impending deportation of Danish Jews. The politicians had been tipped off by a sympathetic German official, Georg Duckwitz. Henriques passed on this warning to the rest of the leadership of Danish Jewry. The information was then to transmitted to all Danish Jews setting in motion a rescue mission that eventually saved 7,200 of Denmarks 7,800 Jews.