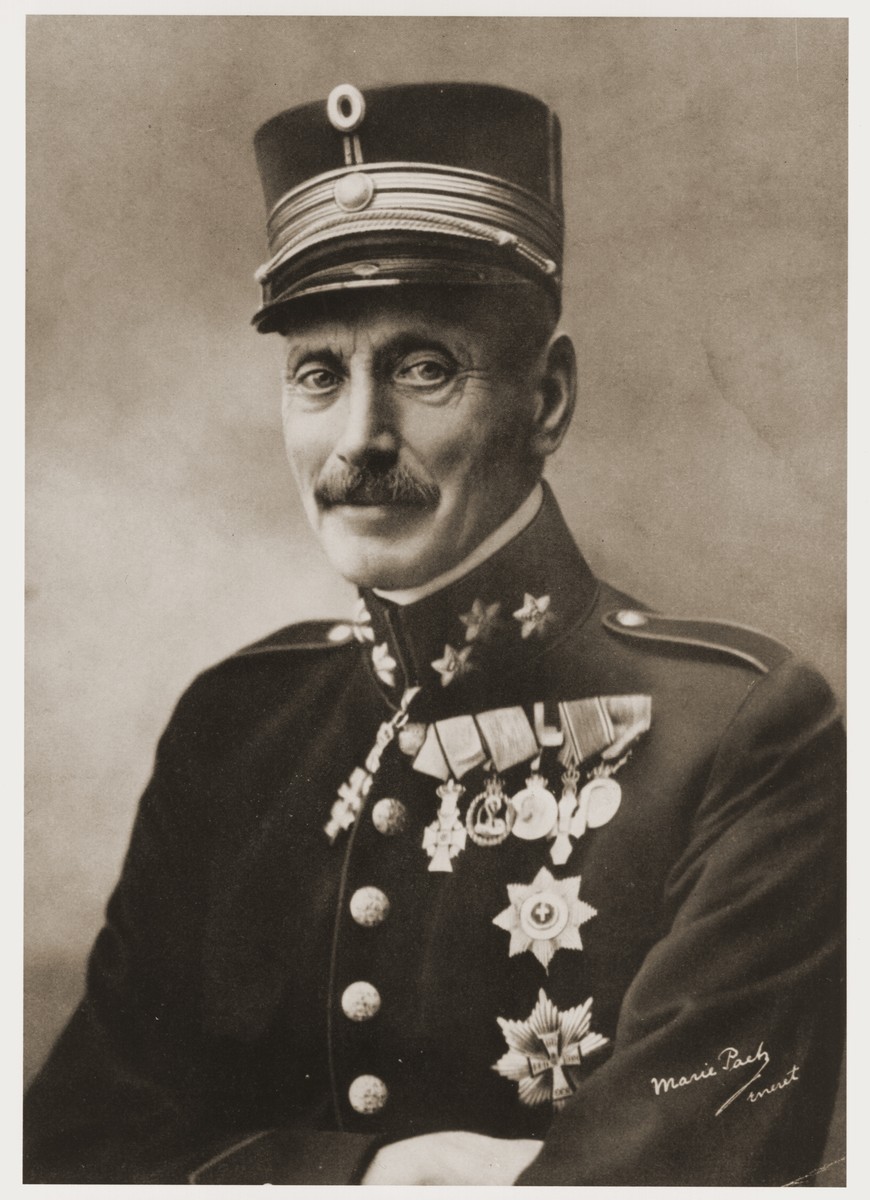 Biography
King Christian X (1870-1947) was born in Charlottenlund and succeeded his father Fredrik VIII as King of Denmark in 1912. He openly opposed the German occupation of Denmark in 1940 and refused to give up his throne. Since the beginning of his reign, Christian had taken a daily horseback ride through the streets of Copenhagen. He continued the tradition during the war as an act of defiance. The Germans tried unsuccessfully to force him to implement anti-Jewish legislation in 1942, but he refused to give in to pressure to condemn the Danish sabotage of munitions works and railroads. A speech in support of Danish resistance fighters led to his imprisonment in 1943 and the dissolving of the Danish army and military. Christian remained imprisoned in Copenhagen for the duration of the war. His son Fredrick IX succeeded him in 1947.