Szlama Glogower, (marked with X), with his friends and teachers from Cheder Yavne, parade with Jewish flags on a Lag B'Omer outing. 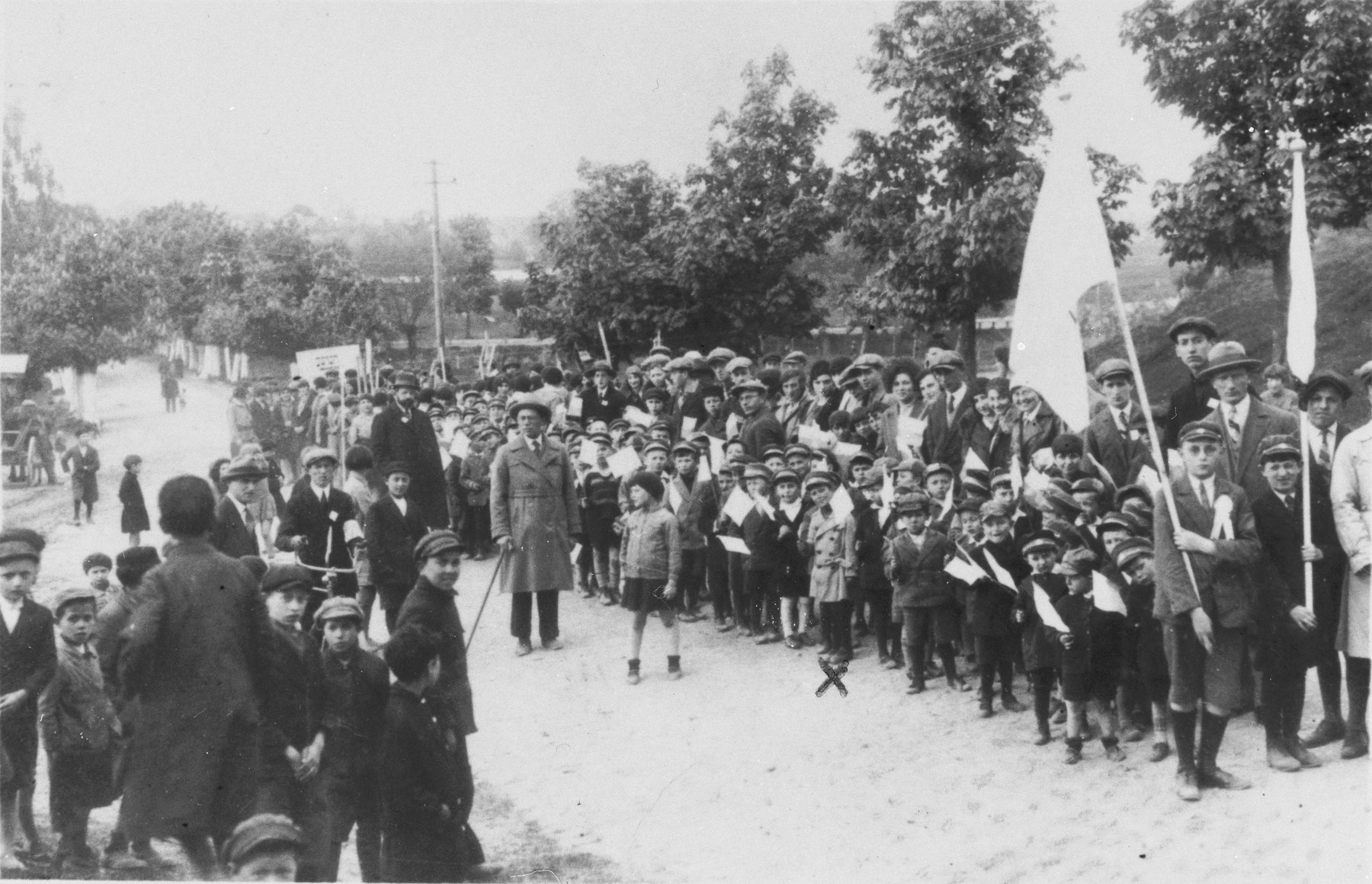 Szlama Glogower, (marked with X), with his friends and teachers from Cheder Yavne, parade with Jewish flags on a Lag B'Omer outing.

Biography
Stanley Glogover (born Szlama Glogover) is the son of Lazar and Anna (Ickowicz) Glogover. He was born on May 9, 1925 in Makow-Mazowiecki, Poland and had two brothers, Moshe David and Herszek Welwel,and a baby sister. In October 1940, Szlama moved into a newly established ghetto in Makow-Mazowiecki. In April 1941, after three men escaped from the ghetto, the SS rounded up five teenagers, including Szlama, and threatened to execute them in retaliation. Szlama was freed only after Lazar bribed the mayor of the town with a fur coat. At the end of October they were sent to another ghetto in Mlawa, but after a few days they were deported to Auschwitz. Szlama and Lazar were selected for slave labor, but his mother and siblings were killed immediately. At first, Szlama remained with his father, but after three weeks, they were separated and Szlama did not know what became of him. In December 1943, Szlama endured a brutal whipping for having quenched his thirst on an icicle. He later was given a job greeting new arrivals at the train station and cleaning out the trains before they returned to their destinations. In January 1945, with the liquidation of the camp, Szlama was sent by open train and by foot to various locations in Czechoslovakia and Germany. In March, he and two others succeeded in escaping to the forests where they hid until their liberation by the Americans in April in the vicinity of Ganaker and Egenfelden. After liberation, Szlama traveled to various displaced persons' camps in Germany and Austria searching for any surviving relatives. After being unsuccessful he continued south to Italy and came eventually to the Santa Maria di Bagni DP camp where he found his father working in the infirmary. Neither had known that the other had survived. Szlama and Lazar immigrated to the United States in April 1947 aboard the Marine Shark.