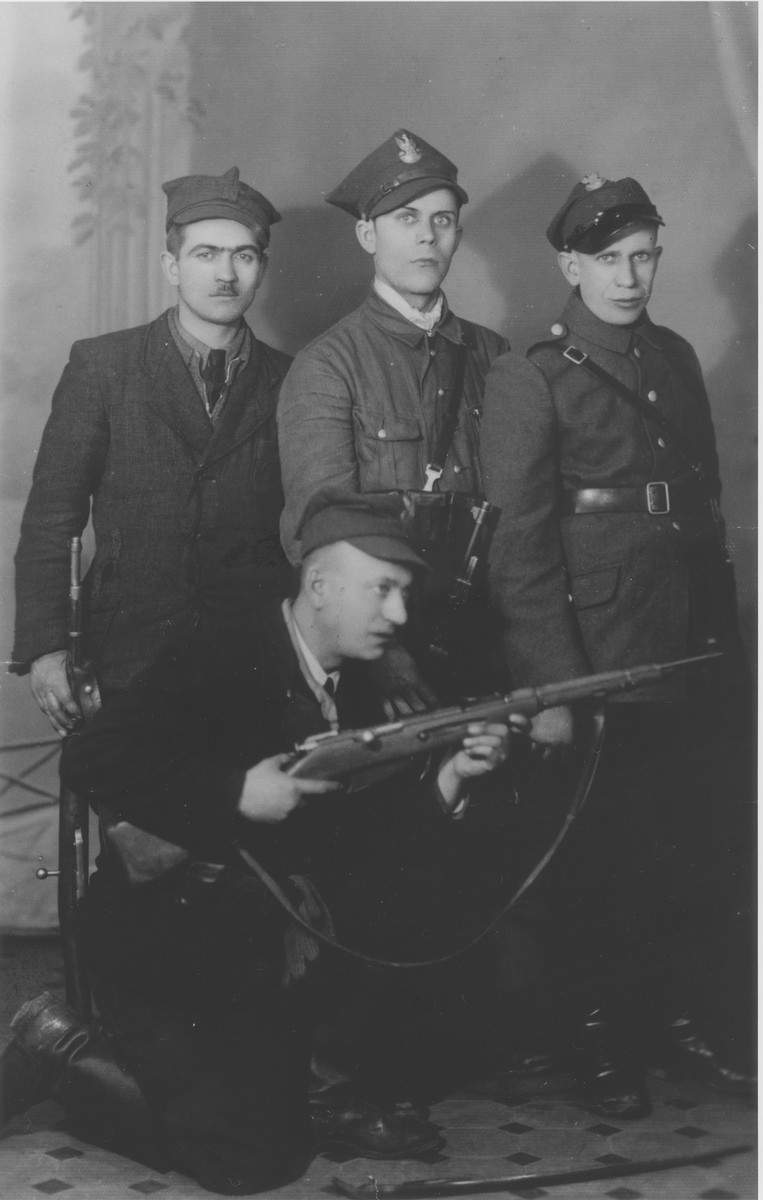 Wolf is kneeling in front holding a rifle.