Group portrait of the 1929 graduating class of the Jewish public high school (no. 3) in Cernauti. 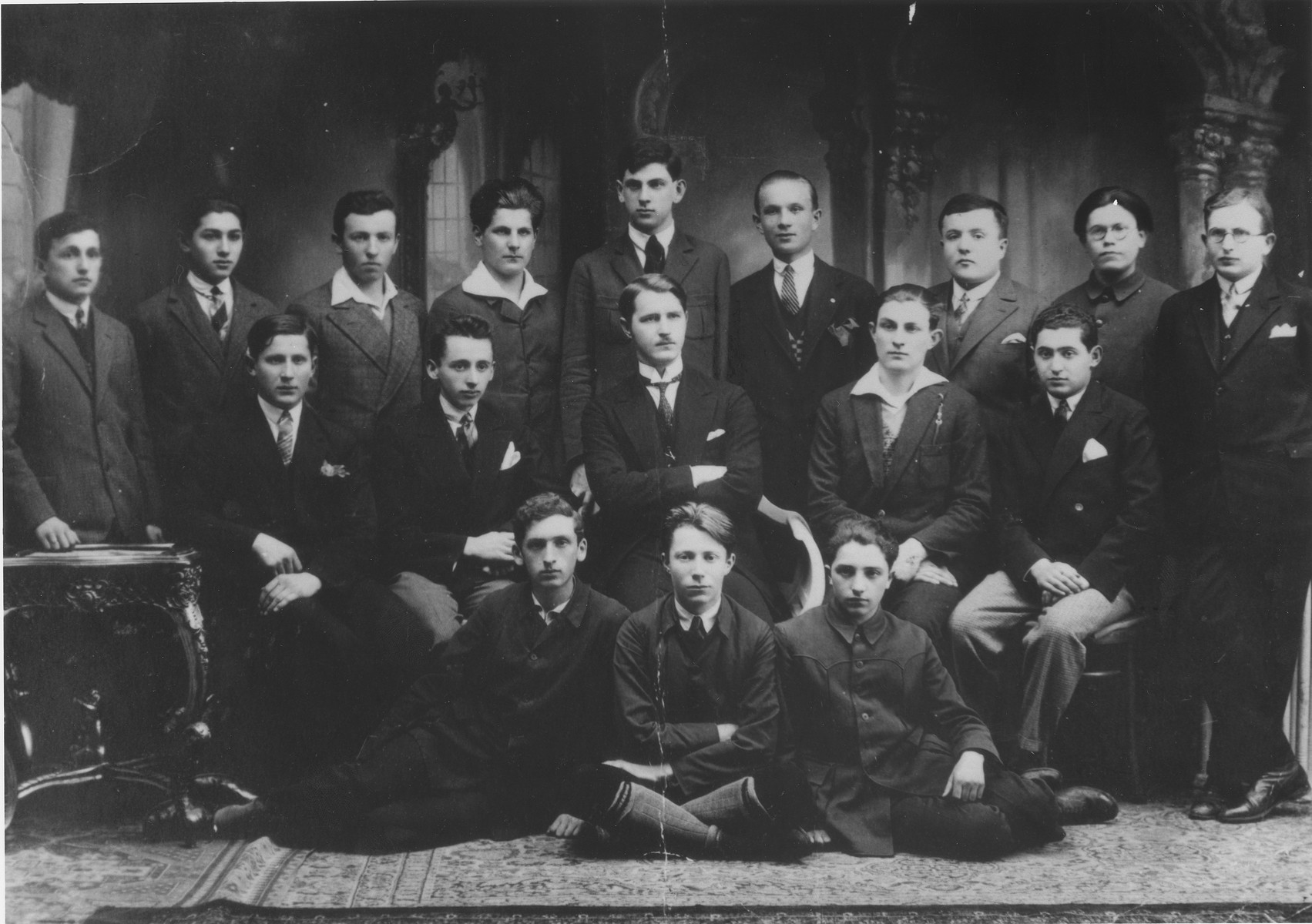 Group portrait of the 1929 graduating class of the Jewish public high school (no. 3) in Cernauti.

Event History
Cernauti (Czernowitz) had five public high schools; each was for a particular ethnic group. Number 3 was the Jewish high school. Of its 29 teachers, 20 were Jewish. All were highly educated and many had PhDs. Until 1918 the school's language of instruction was German. Afterwards it shifted over to Romanian.

https://ww.ushmm.org/wlc/en/article.php?Moduleld=10005472
Biography
Carl Hirsch is the son of Emma (Wurmbrand) and Markus Hirsch. He was born April 1, 1912 in Czernowitz. Carl had three siblings: Lilly (b. 1910), Jakob (b. 1916) and Rosa (b. 1919). During WWI Carl and his older sister lived in Vienna with their mother, while their father served in the military. At the conclusion of the war the family moved back to Czernowitz. Two years later, in 1920, Markus died, leaving Emma to raise the children alone. Carl went to a public school that was predominantly Jewish and attended a Hebrew school in the afternoons. From 1925 to 1931 he was also involved in the Hashomer Hatzair Zionist youth movement. After graduating high school Carl studied engineering at the Bucharest Polytechnic. At the time of the German occupation, Carl was working for the national railroad in Czernowitz. Like the rest of the Jewish community, the Hirsch family was forced into a ghetto on October 11, 1941. A few days later, families living on certain streets in the ghetto were ordered to assemble at the railroad station for deportation to Transnistria. The Hirsch family was among them, but because Carl was an engineer for the railroad, the family was exempted. Carl also was able to get an exemption for his fiancee, Lotte Gottfried, and her family.