Children perform during a graduation ceremony at the Escuela Boliviana Israelita (the Jewish primary school in Bolivia). 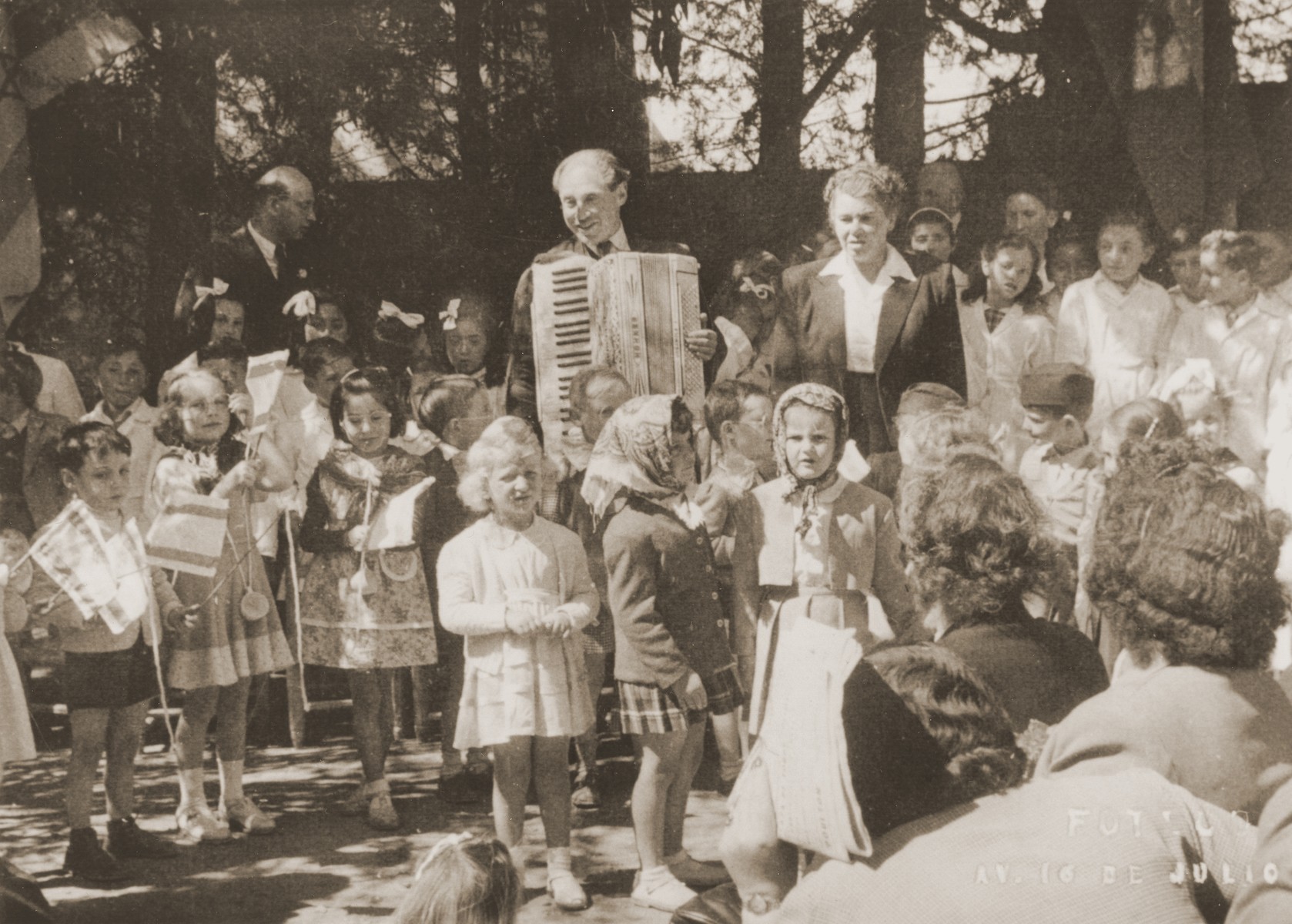 Children perform during a graduation ceremony at the Escuela Boliviana Israelita (the Jewish primary school in Bolivia).

Among those pictured are Elly Spitzer (the little girl on the right, wearing a scarf).