Haika Grosman reads on a park bench in Brest, where she had been sent by the Hashomer Hatzair Zionist youth movement to organize their regional activities. 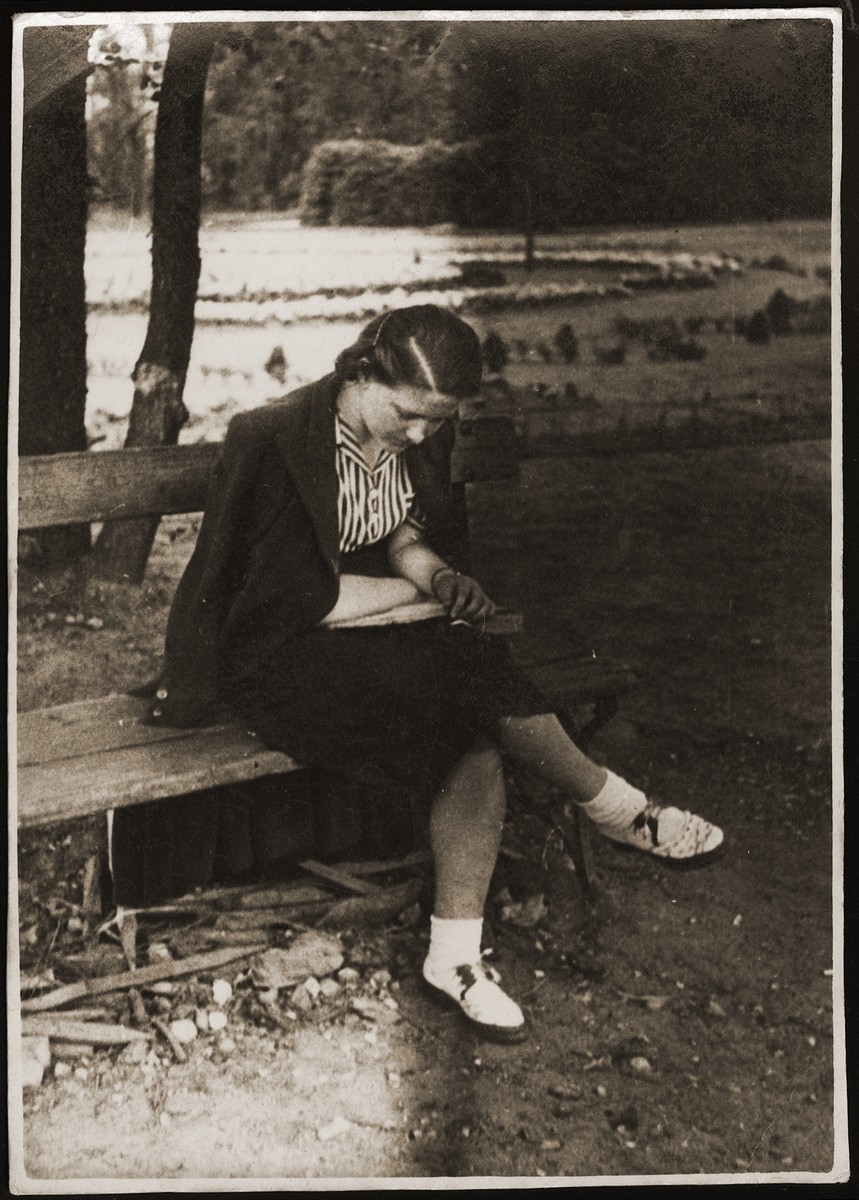 Haika Grosman reads on a park bench in Brest, where she had been sent by the Hashomer Hatzair Zionist youth movement to organize their regional activities.

Grosman sent this photograph to her friend and future husband, Meir Orkin, who had recently immigrated to Palestine.