Polish Zionist leaders pose with members of the Jewish Brigade shortly after the war. 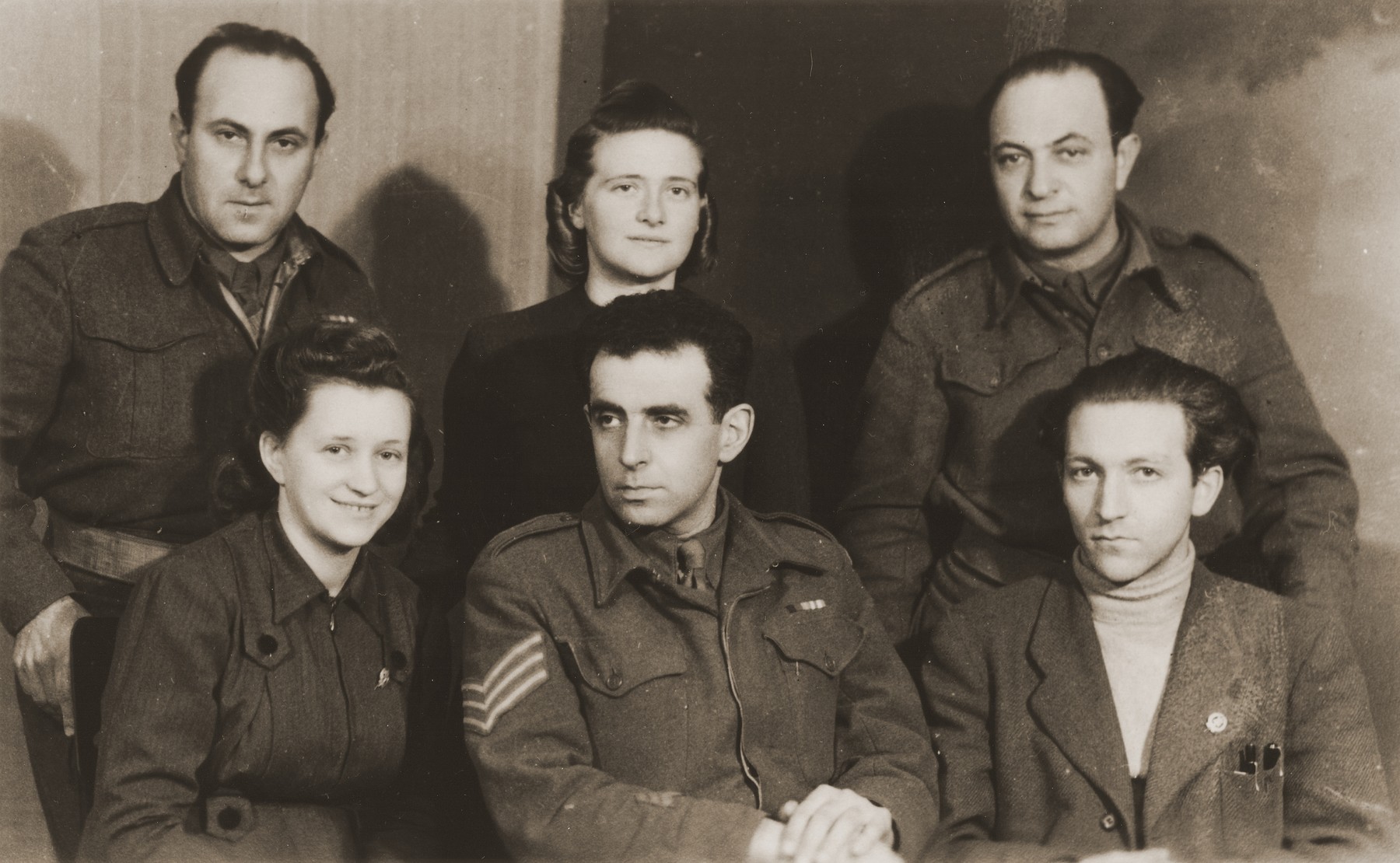 Polish Zionist leaders pose with members of the Jewish Brigade shortly after the war.

Pictured in the back row from left to right are: Pinchas Groner, Haika Grosman, and Judah Tovim. Also pictured are Hasya Belicka (front row, left) and Moshe Silbertal.