Letter written on the back of a piece of letterhead from Oskar Schindler's Emaila enamelworks factory in Krakow. 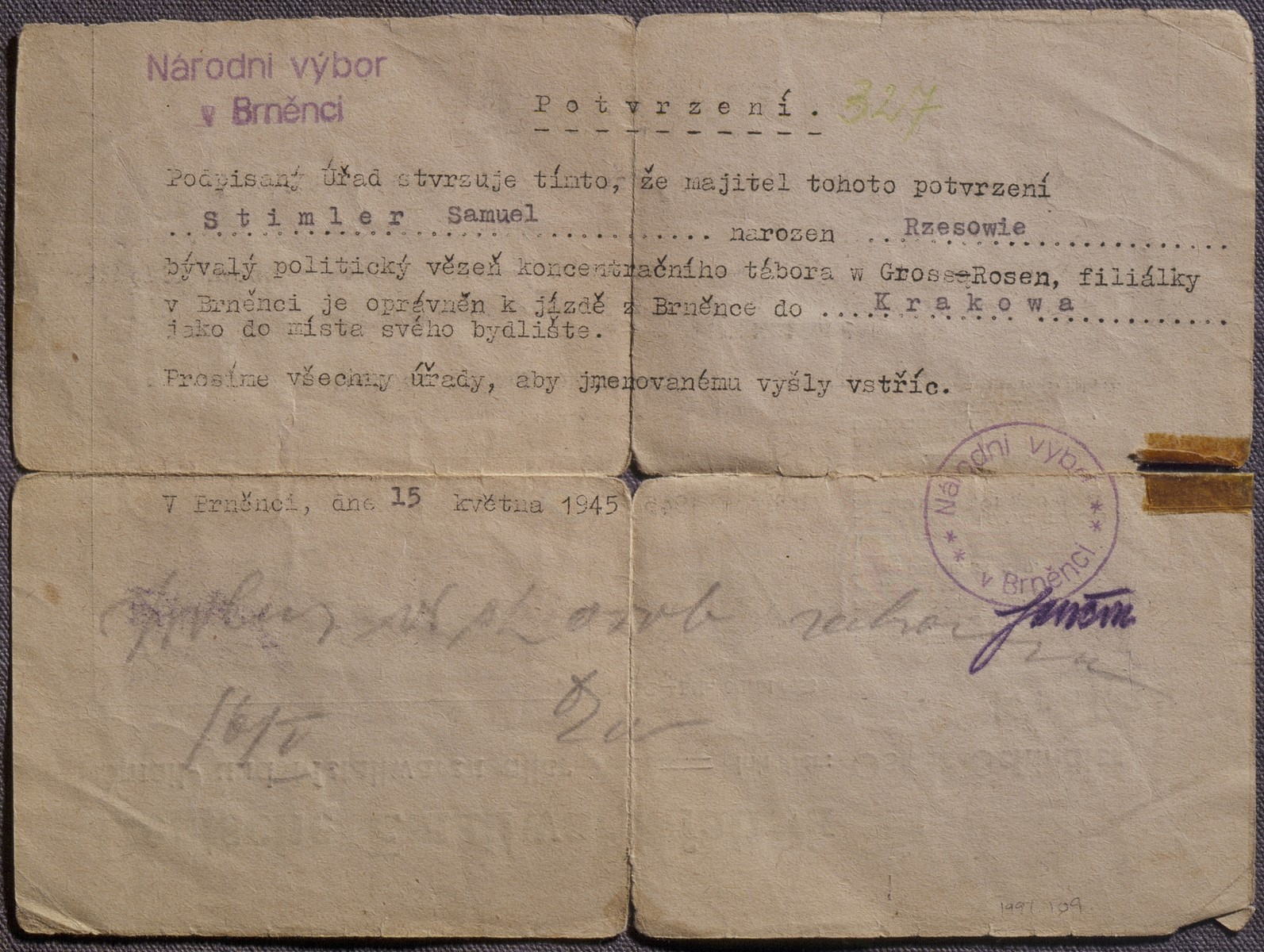 Letter written on the back of a piece of letterhead from Oskar Schindler's Emaila enamelworks factory in Krakow.

The letter is a confirmation that Mr. Samuel Stimler concentration camp Gross Rosen (Poland), especially in the branch camp in Brno (Czech Republic). Further they write that Mr. Stimler will return to Krakow where he is a resident and anbody is pleased to help him by this travel. Issued it is from a National Board of the V.(five) district in Brno on April 15, 1945.