Members of Kibbutz Magshimim in Bedzin, Poland shortly after the war. 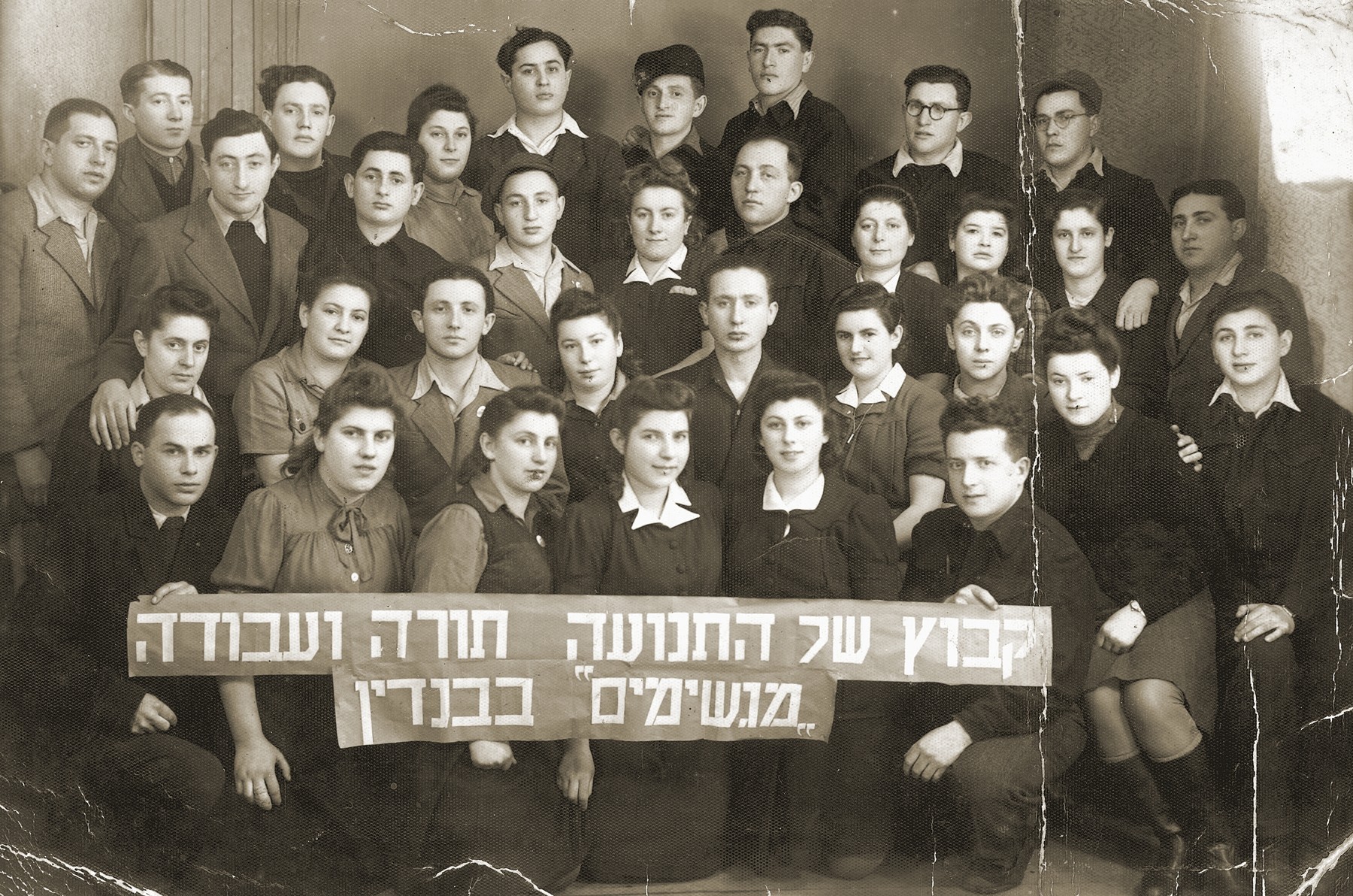 Members of Kibbutz Magshimim in Bedzin, Poland shortly after the war.

Yehiel Hershkowitz is kneeling in the front row. Esther Urman is in the second row, fourth from the right.

Biography
Zindel (now Benny) Hershkowitz is the son of Yehiel and Esther Hershkowitz. He was born in Farmagusta, Cyprus on March 8, 1948. Yehiel was born in Stropnice Poland in April 1918 and later moved to Bedzin where he lived next to the Great Synagogue. In September 1939 his house was destroyed when the Great Synagogue was burned down. He was sent to a total of fifteen different labor and concentration camps. He ended up in Buchenwald where the Americans liberated him in May 1945. After recuperating for six weeks in a hospital, he returned to Bedzin and joined Kibbutz Magshimim, a Bnai Akiva religious Zionist hachshara. Among the members was Esther Urman who had spent three years in Gleiwitz before returning to Bedzin. The kibbutz went to Aschbach Germany in 1946 and then made their way to Italy where they boarded the Shabbetai Lewinski. After the ship landed in Ashdod on March 12, 1947, British soldiers arrested some of the immigrants including Yehiel and Esther. They were deported to an internment camp in Cyprus. Esther and Yehiel married the following July and immigrated legally to Palestine in April 1948 shortly after the birth of their son, Zindel. Almost of Yehiel's family were murdered including his parents Israel Josef and Nissel Hershkowitz and his siblings Mordechai Pinchas, Frimet and Rochma Beila. Esther's father Zindle Urman died of natural causes in the ghetto and her mother Lea also perished.