Yaakov and Mania Muszynski celebrate their wedding in the Bedzin ghetto. 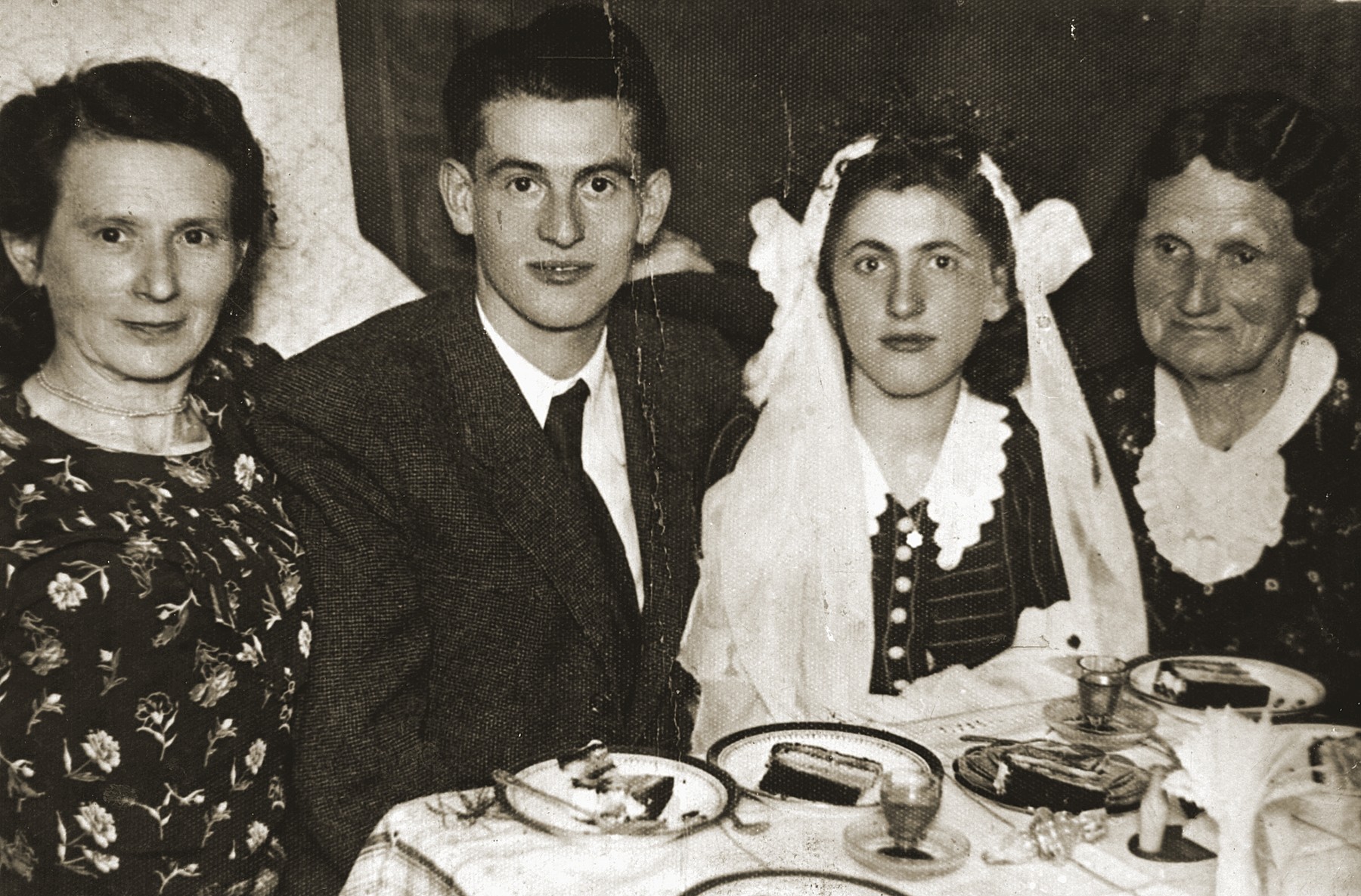 Yaakov and Mania Muszynski celebrate their wedding in the Bedzin ghetto.

https://encyclopedia.ushmm.org/content/en/article/german-administration-of-poland. https://encyclopedia.ushmm.org/content/en/article/ghettos-in-poland.
Biography
Yaakov Muszynski is the son of Isaac and Kati Muszynski. He was born on October 10, 1921 in Bedzin, Poland where his father was a leather manufacturer. Yaakov had five siblings: Haim, Leicha, Fella, Paulla and Hana. Yaakov continued to live in Bedzin after the start of World War II, and on August 2, 1942 he married Miriam Hassenberg in the ghetto. They remained together for only one year. The following August Yaakov was deported to work in a number of different camps including Gleiwitz, Blechhammer, Gross Rosen, and Buchenwald. The Americans liberated Yaakov on April 11, 1945 from Langenstein at the age of 24. After first recovering in a hotel, he came to the Feldafing DP camp. On October 1950, he immigrated legally to Israel.