Damaged photograph of a group of artist friends in Kovno, Lithuania that survived the destruction of the Kovno ghetto. 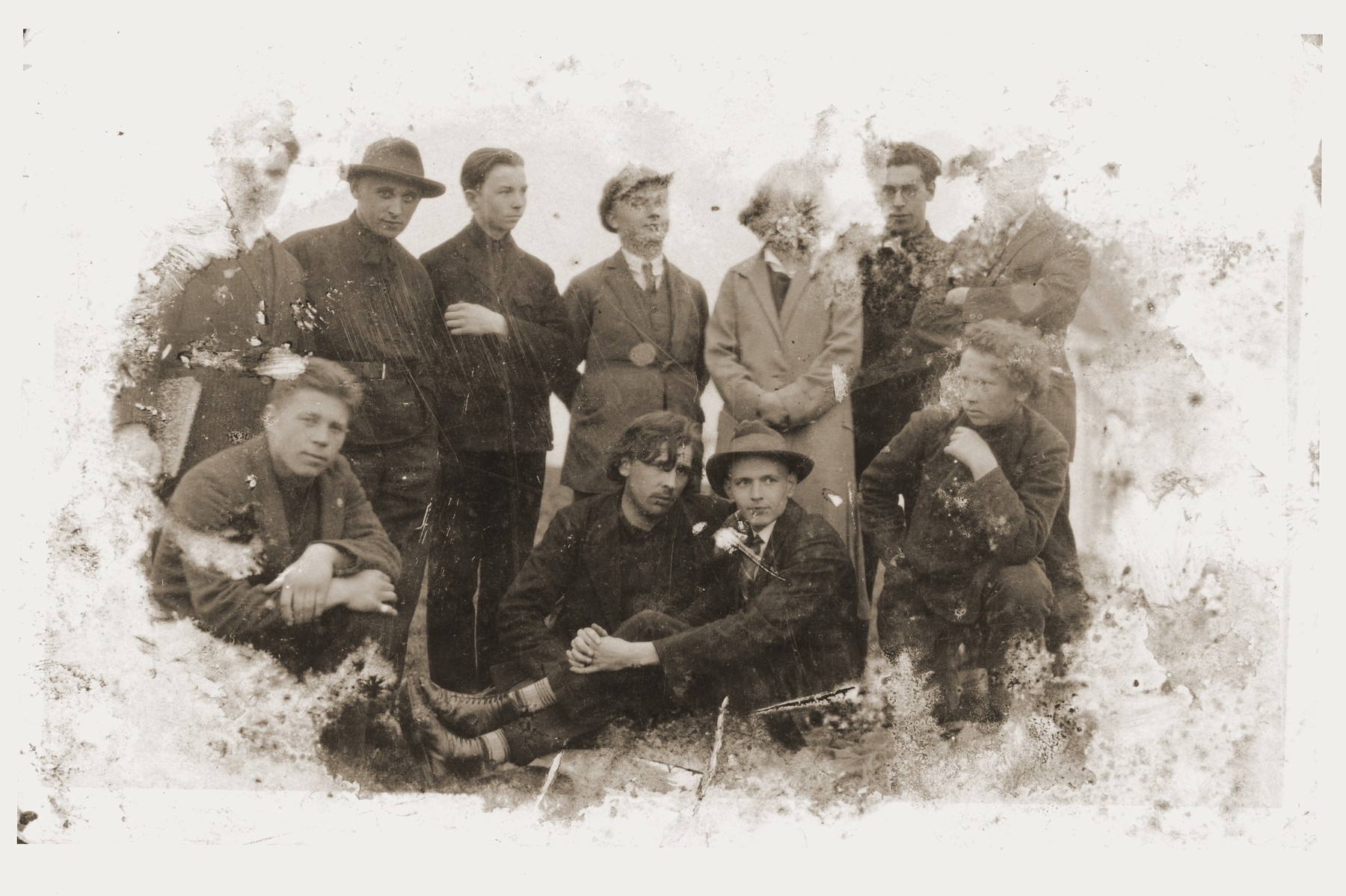 Damaged photograph of a group of artist friends in Kovno, Lithuania that survived the destruction of the Kovno ghetto.

Among those pictured is the artist Jacob Lifschitz (standing, second from right). The photograph was buried with the artist's drawings shortly before the liquidation of the ghetto, and retrieved by his wife after the liberation.

Biography
Jacob Lifschitz was born in 1903. In the mid-1930s he married Liza Zachrozitzki. They had one child, Pepa (later Pepa Sharon). A professional artist, Lifschitz taught engraving and print making at the Kaunas Art Institute and was noted for his illustrations, woodcuts and lithography. In 1940 he presented a solo exhibition of his work, which was favorably reviewed in Kovno's Yiddish newspaper. During the German occupation of Kovno, Lifschitz lived in the ghetto, where in his spare time he sketched and painted with watercolors supplied by the artist, Esther Lurie. At Lurie's urging he contributed to the ghetto's secret archives, and the two frequently went out together sketching individuals and street scenes in the ghetto. Lifschitz' drawings of the ghetto reflect his interest in perspective and cubism. He often painted in his attic room, and many of his works feature a view of the ghetto's rooftops. Lifschitz' wife and daughter escaped from the ghetto following the Children's Action (March 1944) and were hidden by a friend named Jozas Zabielarizius. Shortly before the liquidation of the ghetto, Lifschitz buried his artwork in ceramic pots in the cemetery, along with a few photographs and his "Final Will and Testament" dated July 5, 1944. In this document he wrote, "the knife of the beast lies at our throat already ... do not leave behind the few drawings of mine which you will find here." Lifschitz was deported first to Stutthof and then to Dachau, where he died of malnutrition in 1945. His wife and daughter returned to the site of the ghetto after the liberation and retrieved over 75 of Lifschitz' paintings and drawings. They lived in Lithuania until 1957, when they immigrated to Israel.