Three Jewish siblings pose on the porch of a house. 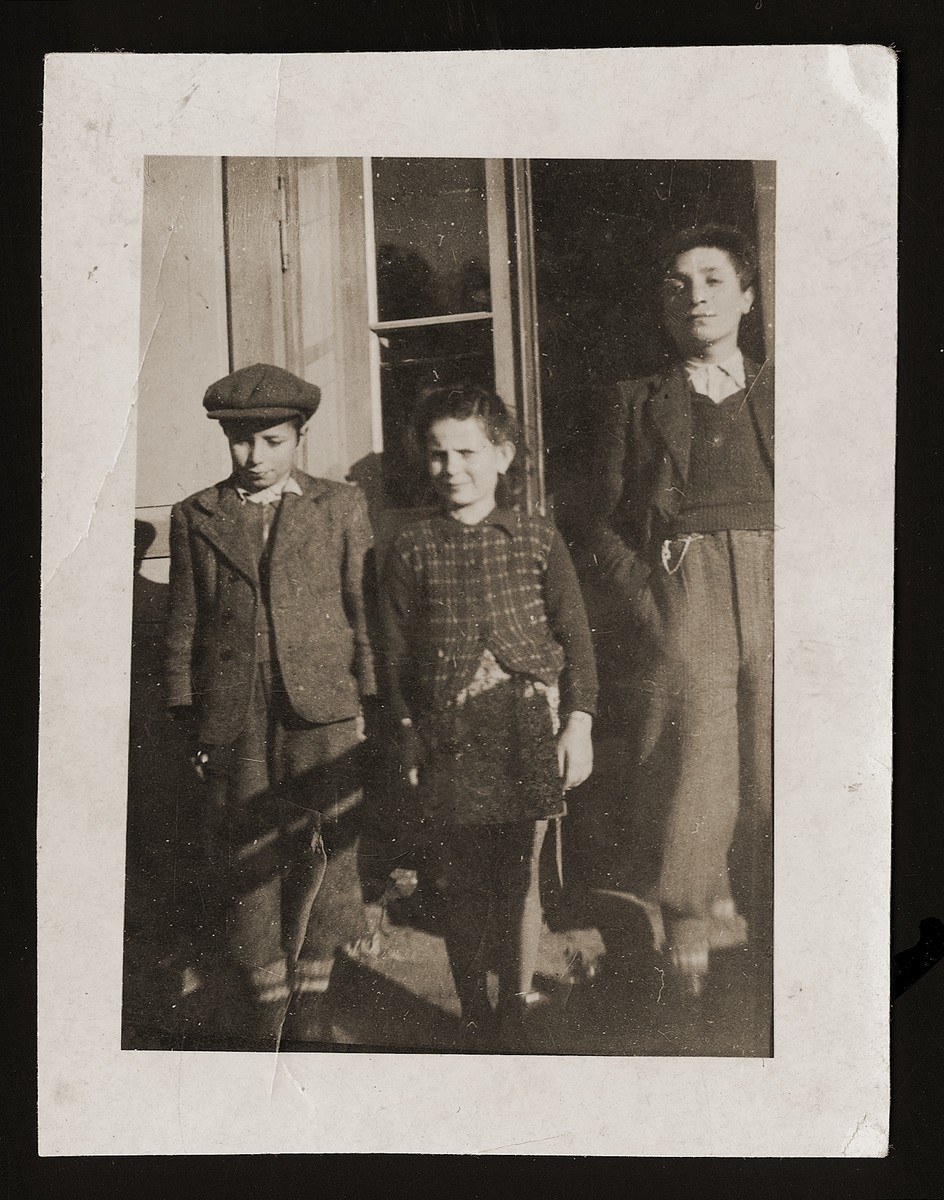 Three Jewish siblings pose on the porch of a house.

Pictured from left to right are Nachum, Jitta and Ignacz Eisner.

Biography
Ignacz (now Irving) Eisner is the son of Joseph and Faiga Eisner. He was born March 10, 1926 in Soymy, a small village in the Carpathian Mountains, where his father ran a lumber business. Ignacz had five younger siblings: Sarah (b. 1928), Nachum (b. 1930), Jitta (b. 1932), and twin sisters, Rachel and Judith (b. 1943). In 1943 the family moved to Chust, and Ignacz went to study in Mukacevo. Following the German occupation of Hungary in March 1944 Ignacz was forced to leave school and return to Chust. When he arrived home, he learned that his father had just been arrested. Ignacz was able to visit him briefly before he was transferred to Budapest. In April 1944 during the first days of Passover, the rest of the Eisner family was forcibly resettled to the Chust ghetto. A few weeks later they were transferred to an assembly center in Nagy-Konizo. From there they were deported to Auschwitz. Upon their arrival, which occurred on Shavuot, Ignacz' mother and youngest siblings were sent to the gas chambers, while he was sent to the prison camp. A few days later, Ignacz, pretending to be a skilled carpenter, was selected for a special unit being sent to Warsaw to remove all the salvageable construction materials from the destroyed ghetto. He remained in Warsaw for three months. At the outbreak of the Warsaw uprising in August 1944, all the Jewish laborers were sent on a forced march in the direction of Kutno. There they were boarded on trains bound for the Dachau concentration camp. From Dachau, Ignacz was sent to a series of sub-camps known collectively as Kaufering. During this period he contracted typhoid, but was nursed back to health by a Jewish doctor. After being marched back and forth between various camps in the area, Ignacz was finally liberated in April 1945 at the Dachau sub-camp of Allach. After the war Ignacz returned to Chust where he found his father and his oldest sister, Sarah. The rest of the family had perished. Ignacz' father had escaped from a train transporting him to a prison near the Slovak border in April 1944. He made his way to Nove Zamky, where he was soon arrested and taken to the ghetto. Joseph was deported with the Jews of Nove Zamky, but escaped as the train approached Budapest. He was subsequently arrested in Budapest, but allowed to join a Hungarian labor battalion. The survivng members of the Eisner family left Chust for Germany, where they settled in the Pocking displaced persons camp. There, Ignacz taught Hebrew. Soon after his arrival he met Emma Guttman, a survivor from Uzhorod. Her entire family had survived the war in Budapest in a safe house secured by the Swedish diplomat, Raul Wallenberg. Ignacz and Emma married on February 8, 1949 . One month later they left for Israel on board the Negba immigrant ship.